The plots below show the case / hospitalization / deaths data for all 50 states, DC, and PR. The data fits were done using data up until April 17, 2021.

The green points are the daily cases, the grey points the daily hospitalizations, and indigo points are the daily deaths (each averaged over a week). The case data are used to define the periods for which transmission rate appears to be constant. The vertical lines show where the transmission rate is changed. In absence of immunity, constant transmission rates lead to steady exponential growth or decline during, which appear as straight lines on these log-scale plots. With immunity growing, these lines are no longer straight - bending downwards due to the herd effect. The curves are the model expectations for cases, hospitalizations, and deaths, as determined from the case data. The dashed curves separately show the reported cases from the original strain and from variants of concern.

The final set of plots show a comparison of forecasts from 5 weeks ago with the most recent data.

For some staes, genomic screening data using the SGTF protocol, is available to estimate the growth advantage (aka selection coefficient, s) of the B117 variant as well as the current fraction of cases dues to that variant.

Recently in several states, the SGTF/non-SGTF ratio is no longer growing exponentially, which could be due to other variants of concern with a similar growth advantage but which are not tagged by SGTF.

Below is a figure showing fits to the ratio of the SGTF cases to non-SGTF cases which is used used to estimate the selection coefficient (s), the ratio of other VoC to the B.1.1.7 (rpb), and the current fraction of cases due to variants of concern (f_v).

The curves are the best fit, the shaded region indicates the 95% central interval of the ensemble of curves (modifying the parameters according to their covariance) and the vertical bars are the central 95% intervals for each binomial sampling. 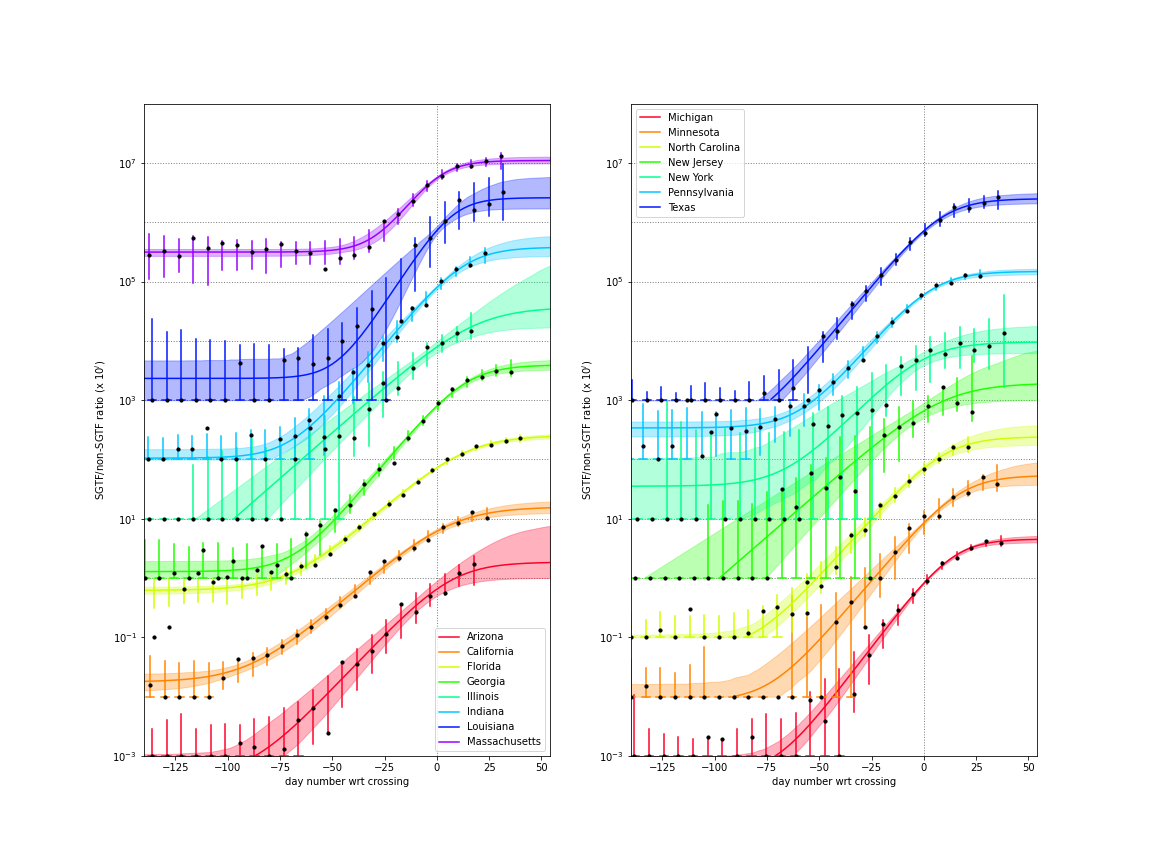 The states with independent genomic data allow for better constraint on the growth advantage and current case fraction. With the variant potentially causing growth in the weeks to come, predictions for these states are much better established.

In absence of genomic data, the growth advantage s = 0.08 is assumed. The current strength of the B117 is estimated from the fit to case data. Essentially this is derived by how fare the case data deviate from the expected trajectory for the original strain model (orange dashed curve). For states where the deviation is just beginning, there will be significant uncertainty on the timing of the next peak.

These model fits assume that there is no change to NPI (non-pharmiceutical intervention) between the vertical dotted lines. Such NPI changes can lead to large changes in the projections for the future growth of the variant. 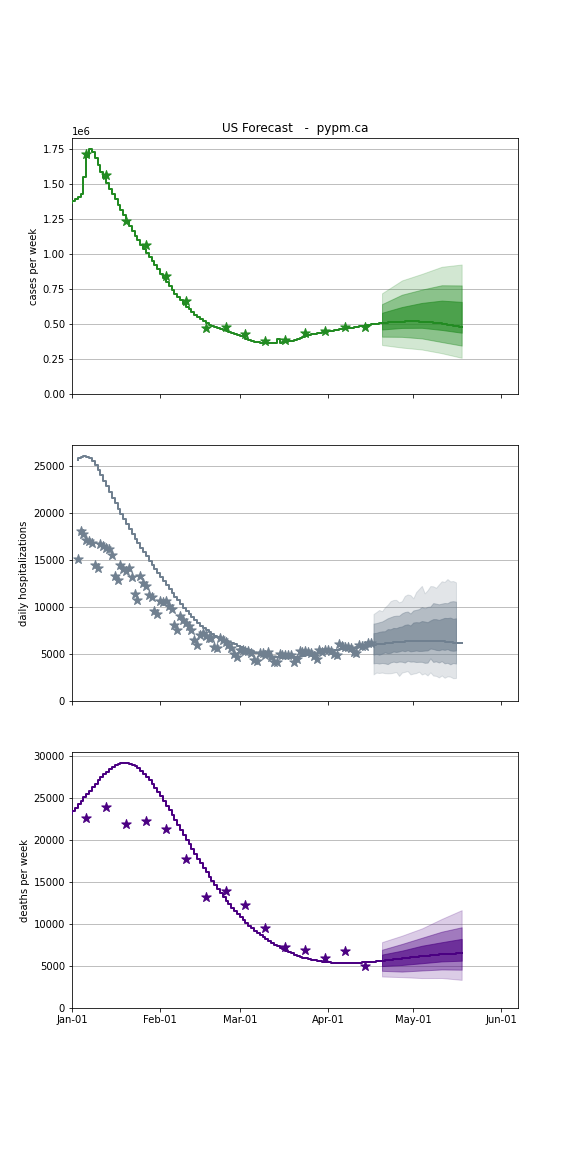 Comparison with model fit to case data from 5 weeks ago

The following plots show 3 figures for each state

For many states, the 2 strain model correctly predicted the rise following the plateau. In several cases, the rise was predicted to come earlier than obsevered. Without genomic data, the fraction of cases arising from variants of concern is unknown before observing the rise in cases.