Some states have shown a recent upswing in growth rates, namely Alabama, Arkansas, California, Georgia, Hawaii, Mississippi, and Nebraska. Given the recent situation in Europe, it is important to monitor the situation closely in the US.

The plots below show the case / hospital admissions / deaths data for all 50 states, DC, and PR. The data fits were done using data up until October 30, 2021. 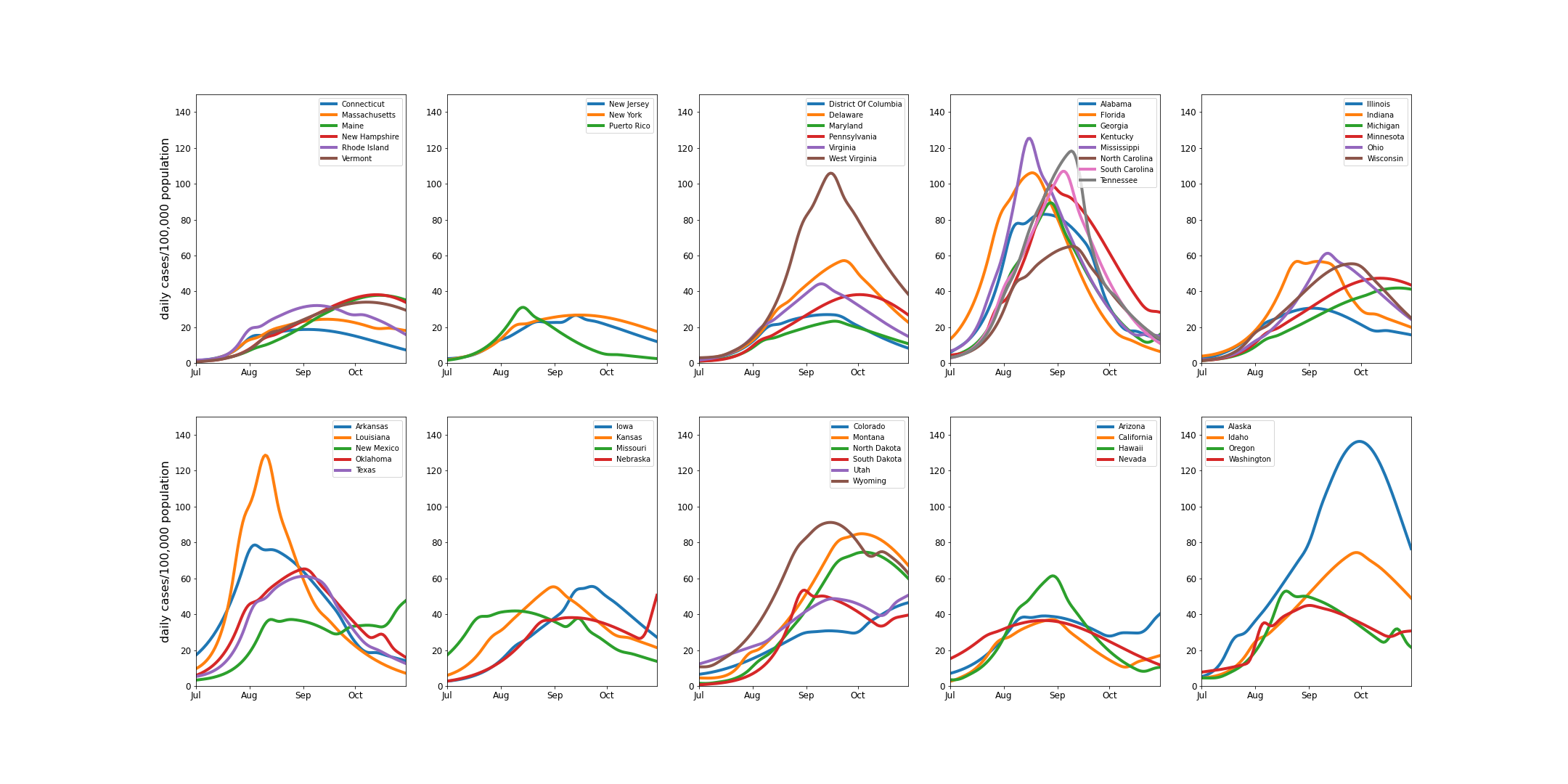 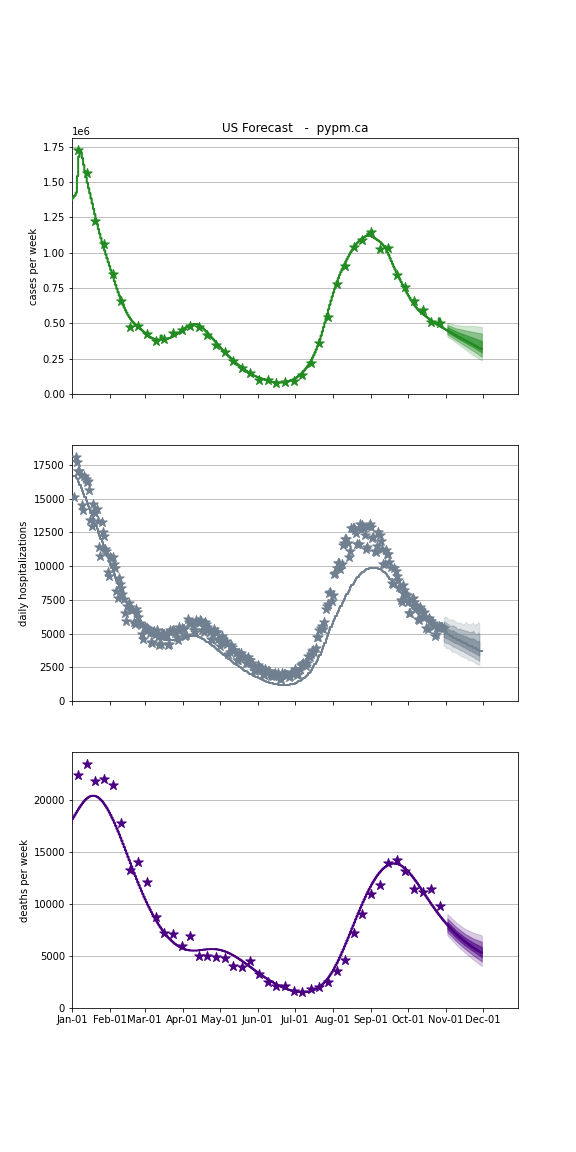