Starting in August, the delta variant produced rapid growth in most provinces, at a rate of 5% or more per day. That growth phase was reversed by additional health measures. Provinces that took longer to impose measures saw significantly higher infection rates.

In the previous summary (October 25), daily growth rates for cases for all provinces were negative, meaning that infection rates are in decline. Furthermore, the daily growth rates themselves were trending more negative consistent with the effect of increasing immunity in the population. That situation was markedly different than in Europe, where most countries have transitioned to anoth rapid growth phase.

In the past few weeks, the situation has changed significantly for Manitoba, Ontario, Quebec, New Brunswick, and Nova Scotia. Infection rates are again on the rise. The transitions are recent, so additional data will be useful to verify the trends and more accurately measure the growth rates. 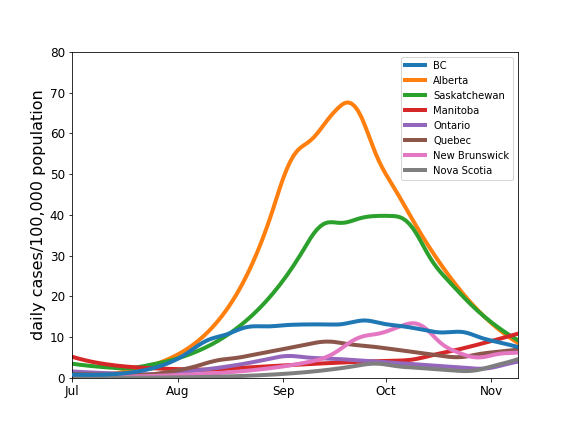 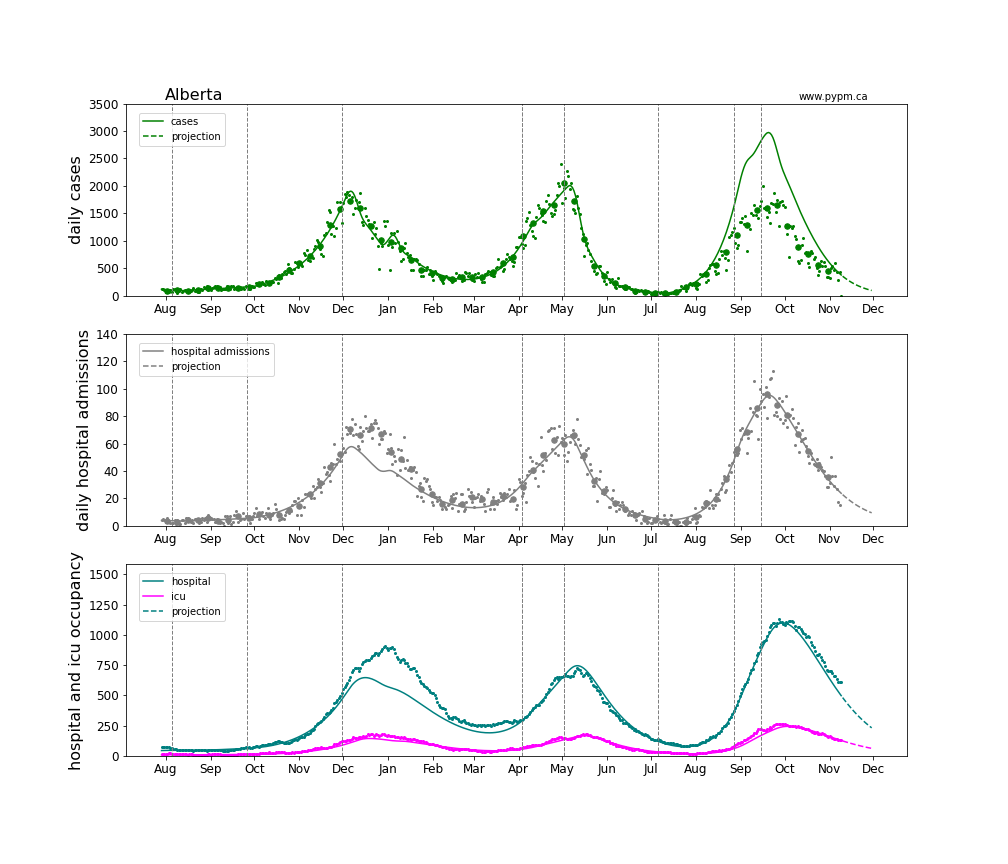 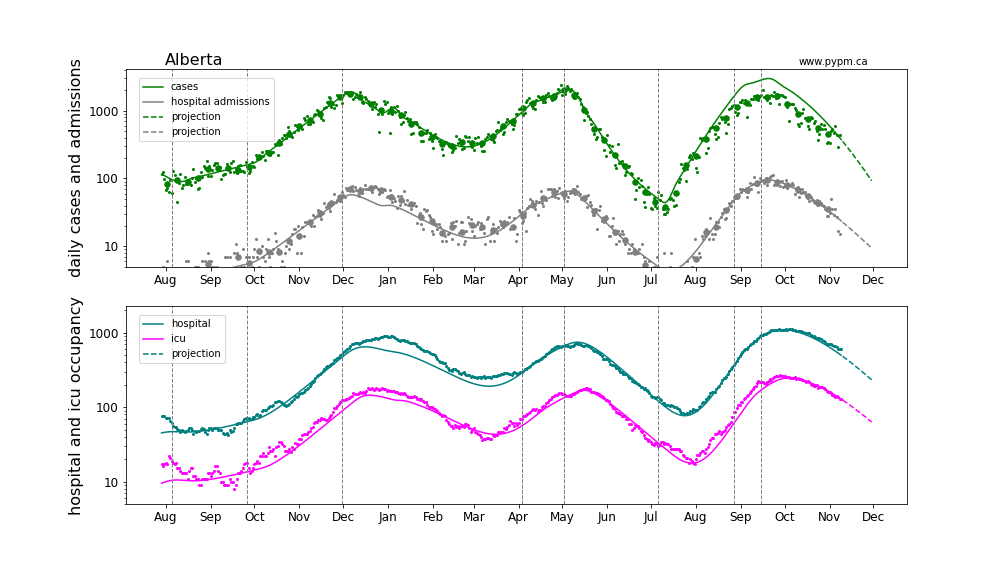 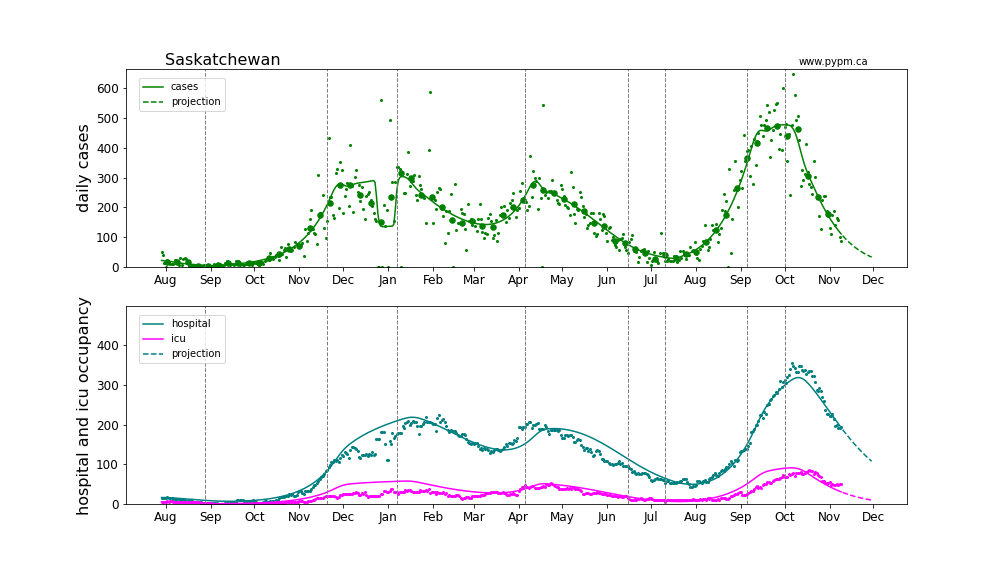 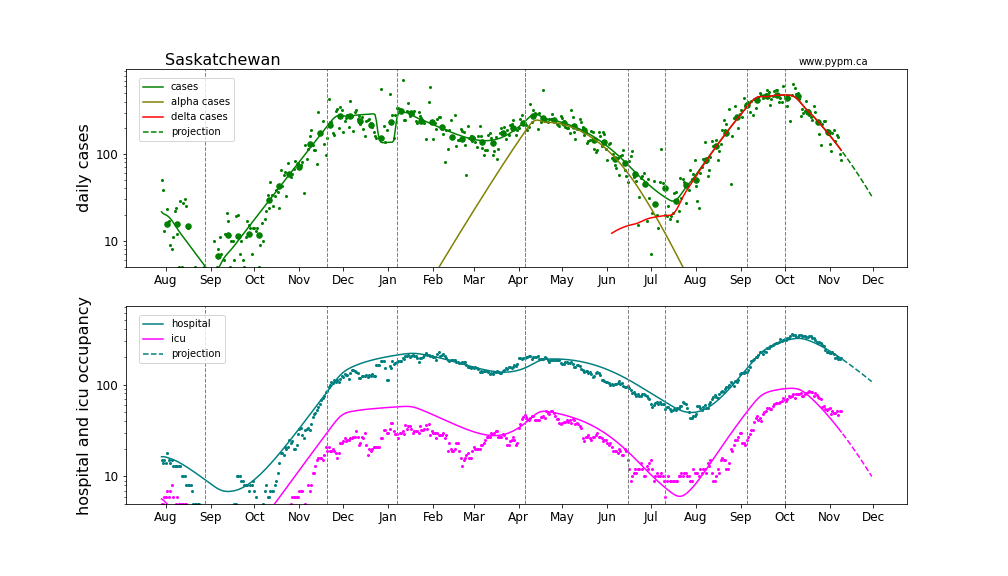 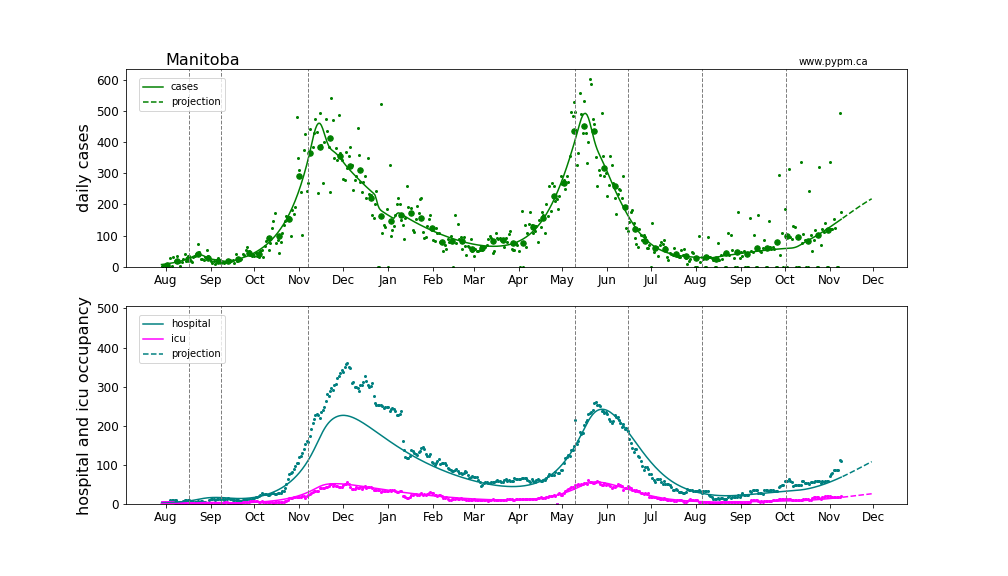 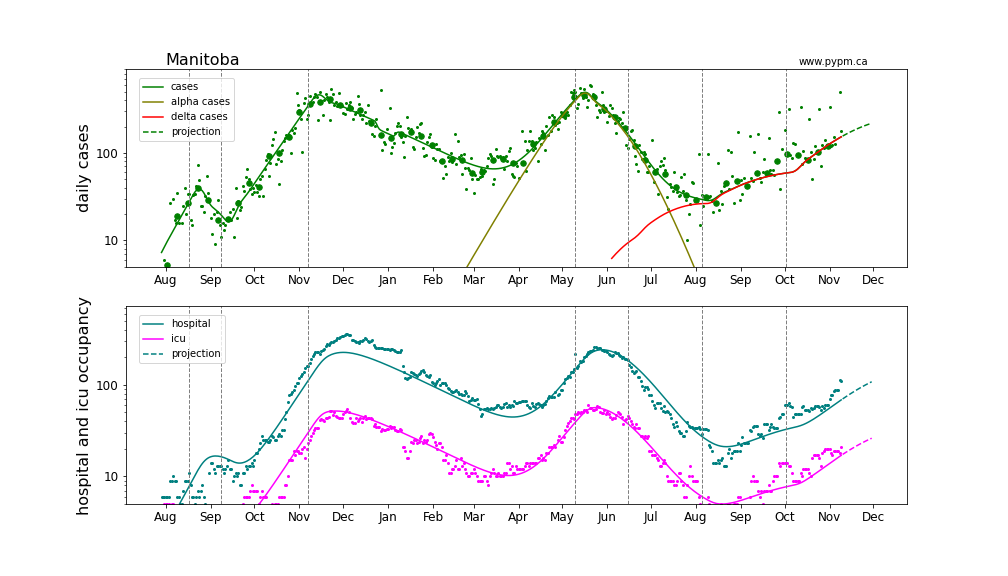 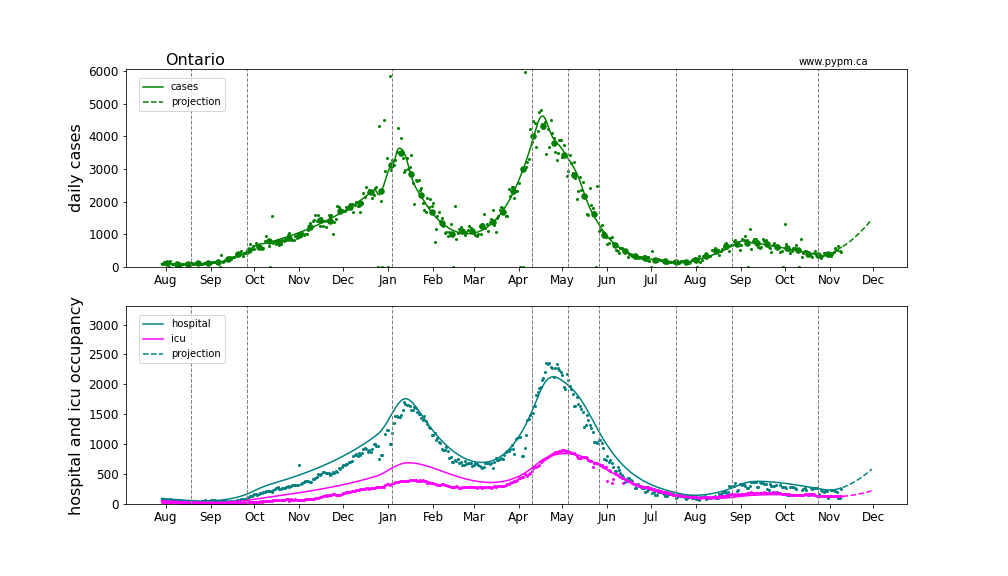 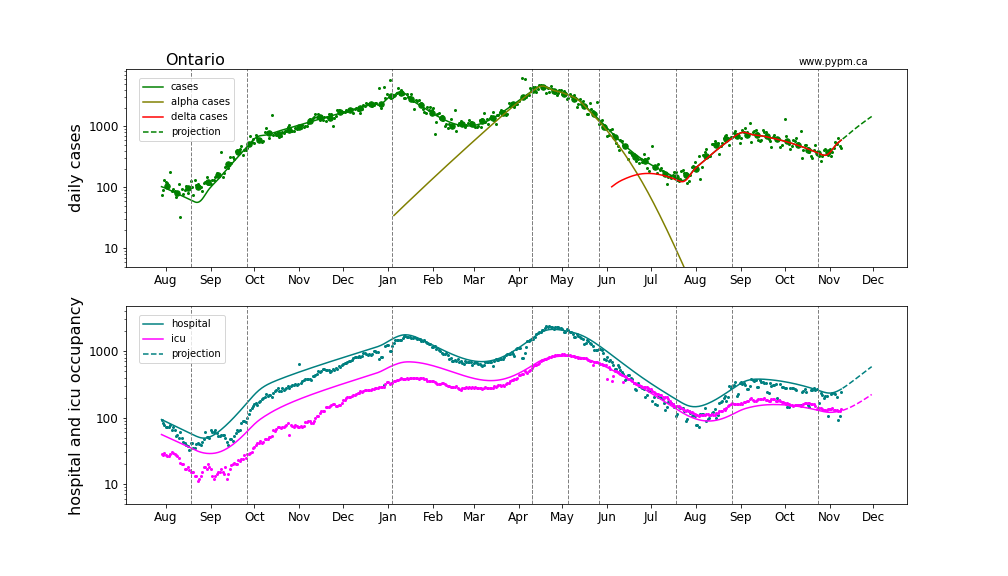 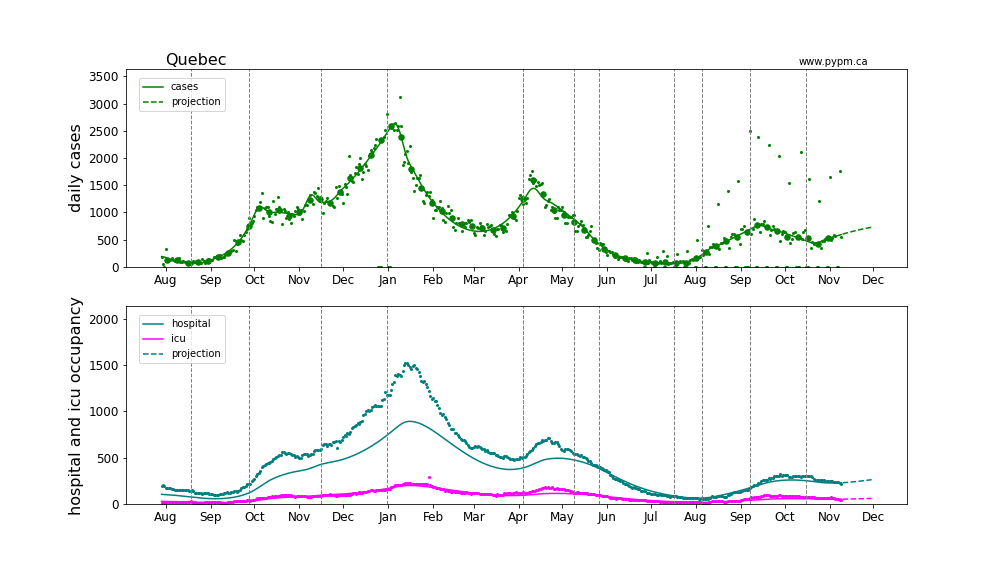 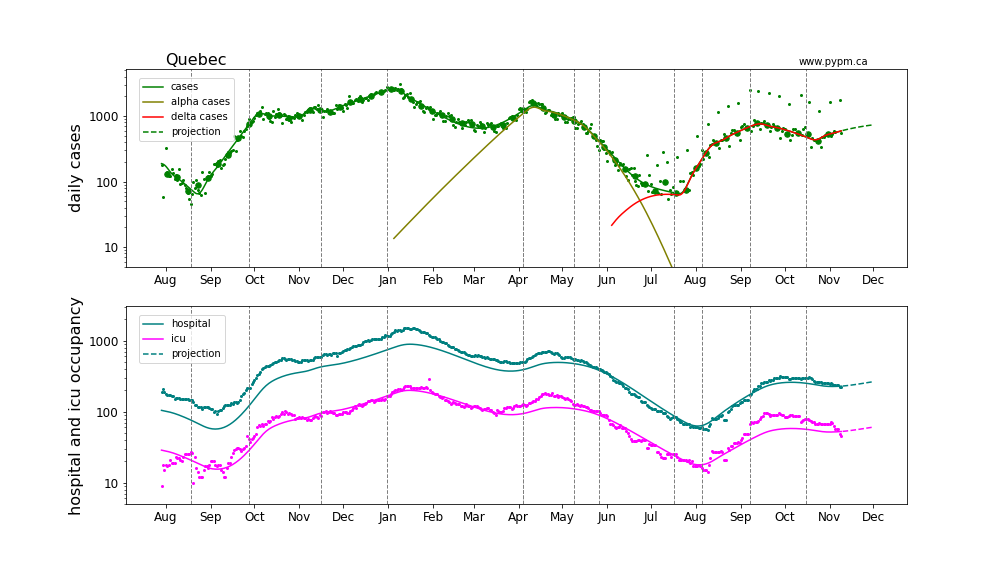 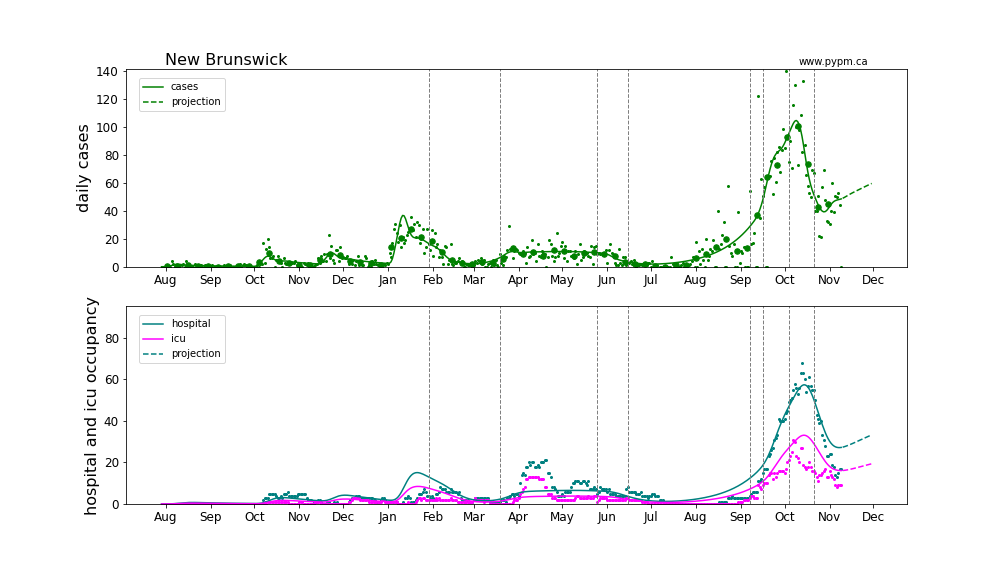 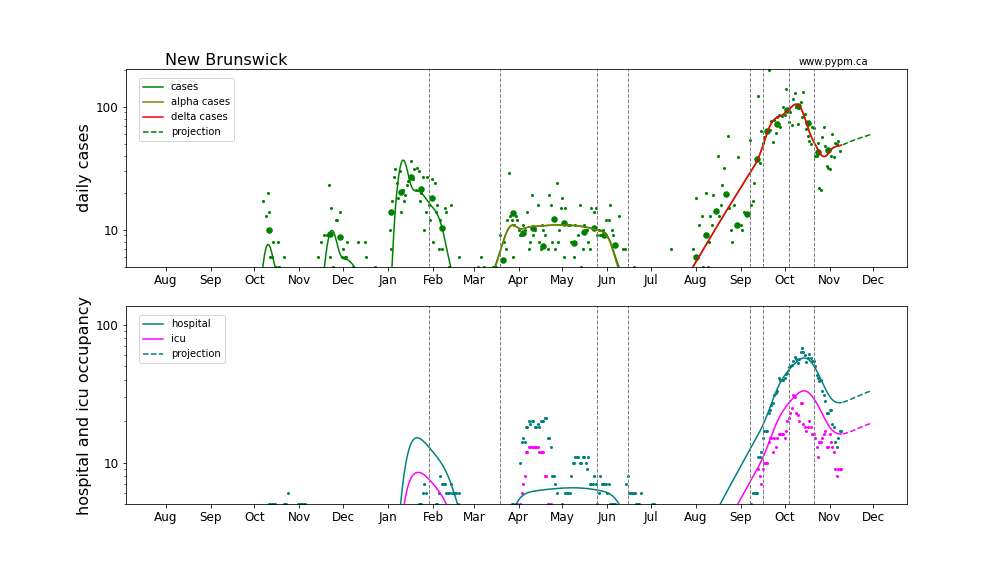 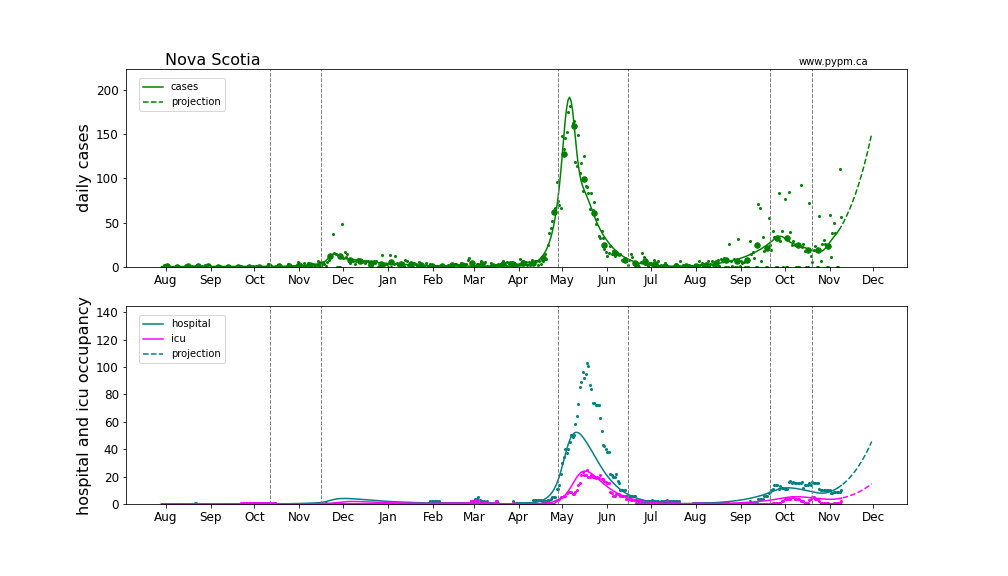 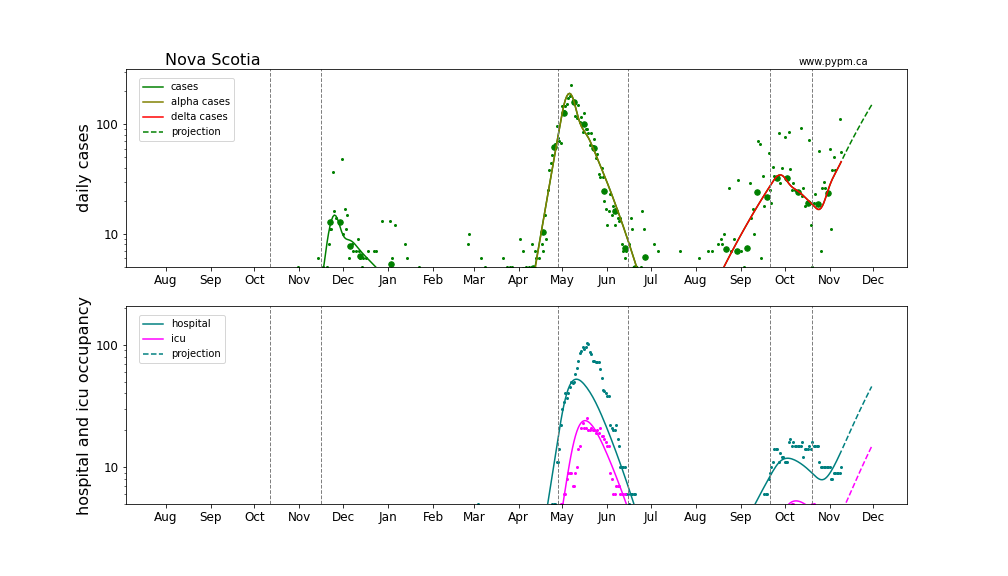