Summary: Several weeks ago, daily growth rates for cases have increased significantly in the majority of European nations, meaning that infection rates are growing rapidly. The fall resurgence appears to be underway in Northern US states and Eastern Provinces in Canada.

The plots below show the case and death data for 29 EU nations. The data fits were done using data up until November 13, 2021. 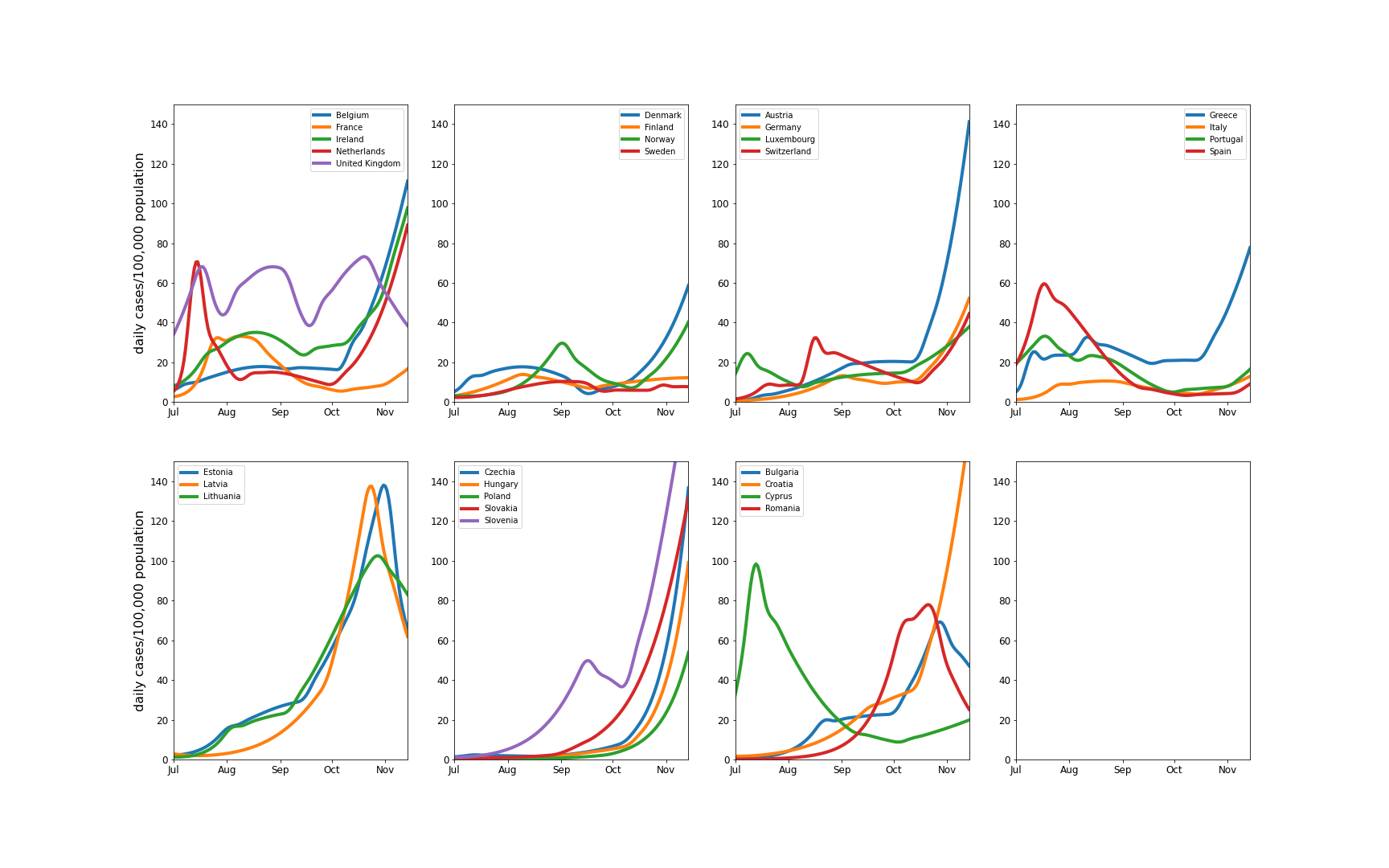