January 4, 2021 Analysis of BC Omicron projections

This page shows results of analyses reported in our recent BC COVID-19 Modelling Group report. Projections for other provinces are found here.

Omicron parameters are estimated by fitting models to case data for each health authority. With testing capacity reached, case data from late December can no longer be used. As a result, current growth rate of Omicron infections is not well known, and projections generally assume constant growth rate, although the effects of changing transmssion rates are shown in specific studies below.

Model fits to data showing how Delta and Omicron cases combine to give overall cases is shown below. The maximum scale corresponds to 100 cases per 100,000 in each health authority. The model curves end at the point that case data is no longer considered reliable due to testing capacity limits. Small points are daily data and larger circles show weekly averages to guide the eye. 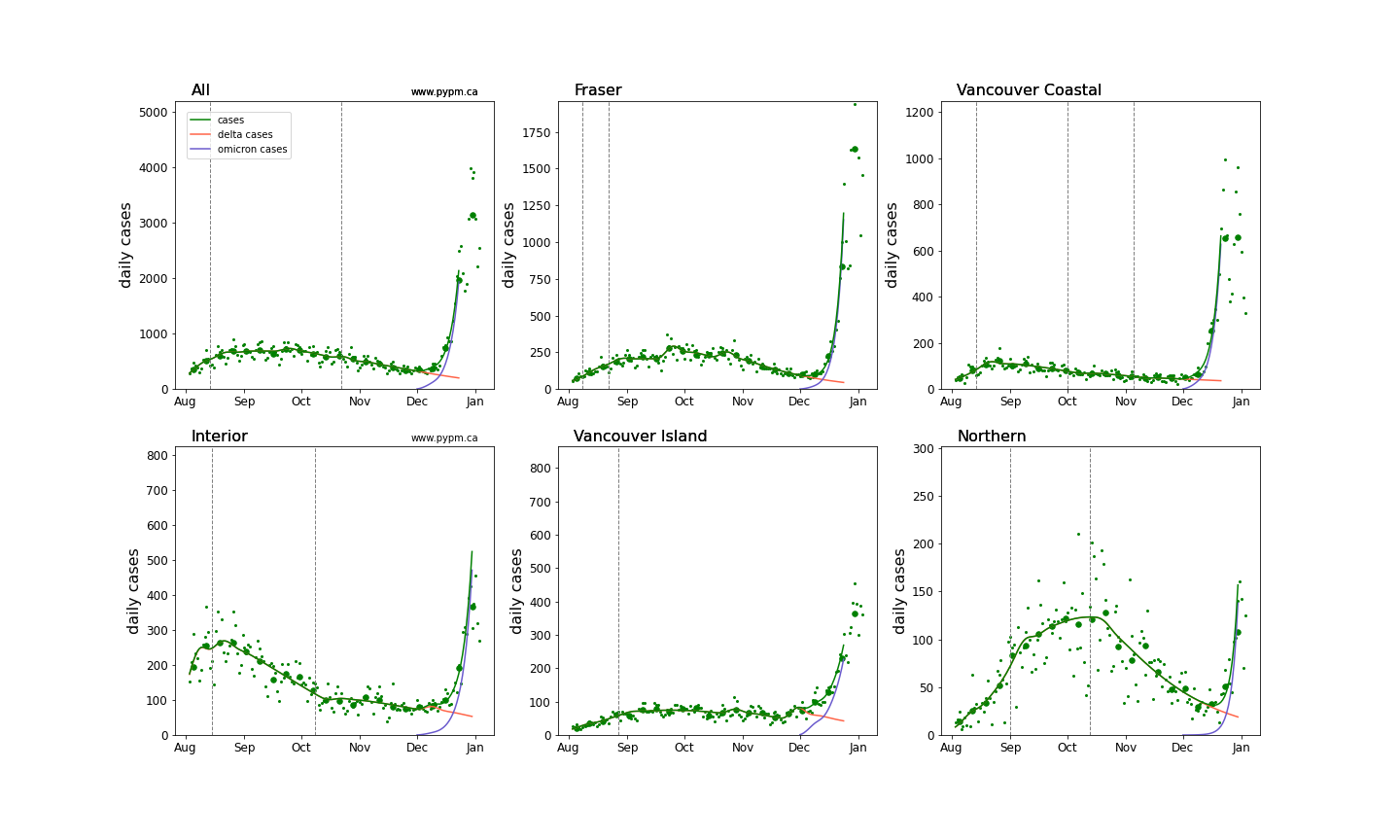 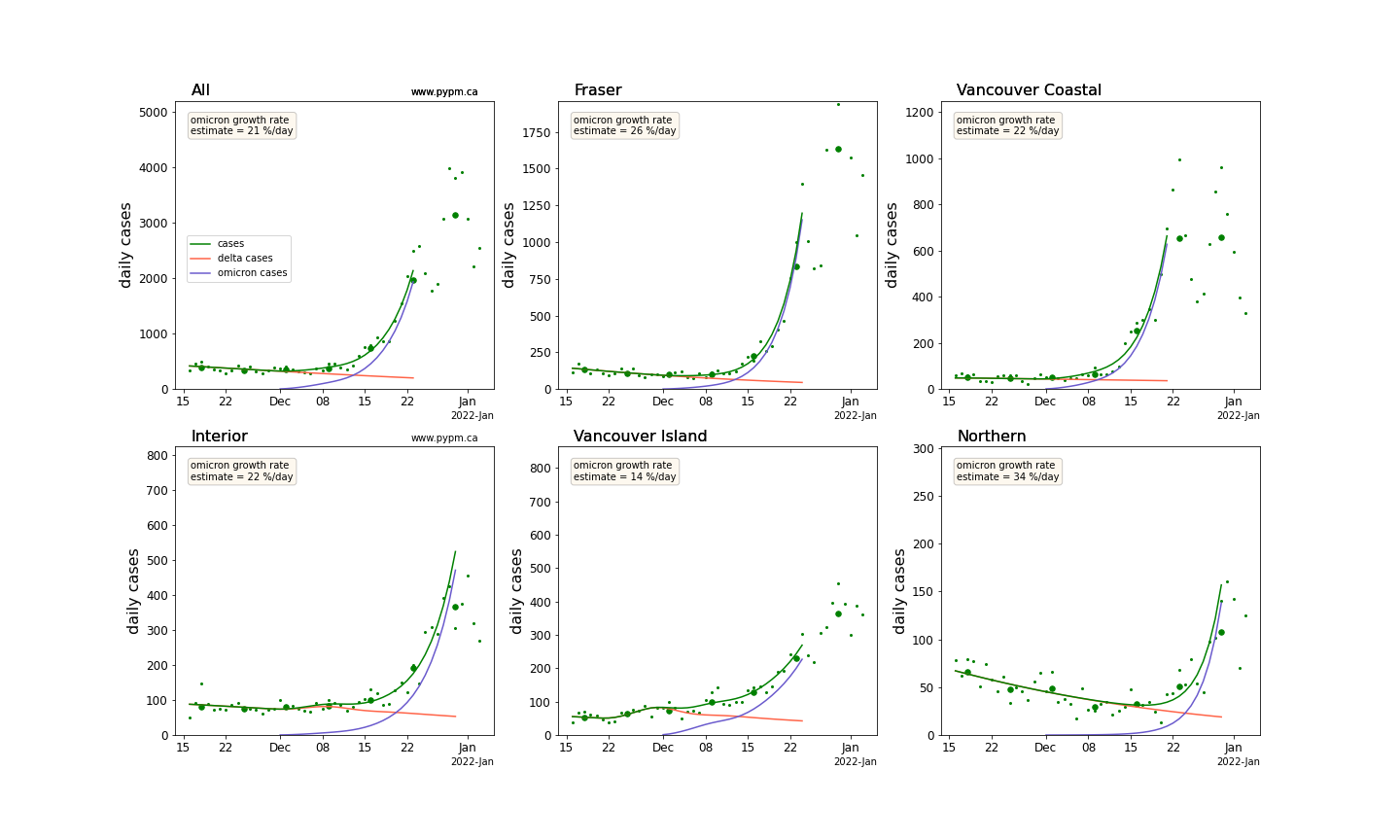 Longer term projections for BC

There is a great deal of uncertainty in longer term projections. The following shows 6-week projections for a set of nominal assumptions and for adjustments to those assumptions, to indicate sensitivity to the assumptions:

Projections show infections instead of cases, since the reporting fraction is unknown and likely to change in the future, due to capacity limitations. Projections do not include hospitalization capacity limits or changes to admission policies. Heterogeneity (not present in these homogeneous models) may result in earlier onset of herd immunity.

The solid yellow curve shows Omicron daily infections that led to the observed cases (after a delay). With a constant transmission rate, infections begin to decline in mid-January due to the herd effect. The dashed yellow curve shows Omicron infections had transmission reduced on December 21, reducing growth rate from 20% to 10% per day, infection and hospitalization peaks reduced by about 50%, but capacity limits are still exceeded.

The dashed yellow curve shows Omicron infections had the same reduction in transmission occured on January 5. Infection and hospitalization peaks are reduced by about 30%.

The dashed yellow curve shows Omicron infections for the same reduction in transmission occuring on January 20, midway through the rise in hospital demand. The reduced transmission rate comes too late to have any substantial effect.

For the solid curves, the fraction of Omicron infections reported in early December is the same as for other variants. For the dasehd curves, the fraction of Omicron infections reported is 0.3 times the reporting fraction for other variants. In this scenario, we are further along the infection trajectory than we realized. As a result, herd immunity comes earlier than expected and Omicron severity is lower than estimated from data.