The characteristic Omicron signature of rapid growth in cases and hospital admissions, was followed by a dramatic reduction in growth rate near the end of 2021, as reported in previous reports. Infection rates have declined significantly over the past several weeks.

As usual, the infection model is defined by fitting the model to the case data, and the hospitalization and deaths models are derived from the infection model. To estimate the transmission rates of Omicron in 2022 hospital admission data are used.

The vertical dashed lines show where the transmission rate is changed. If the susceptible fraction is constant (immunity not changing quickly), constant transmission rates lead to steady exponential growth or decline. With immunity growing, the curves bend downwards due to the herd effect.

The left plots also show the hospital admission model curves from previous projections (2 and 4 weeks ago) (February 13 and 27), to show the degree of variability when new data is included. For most states the previous weeks’ model projections agree with the recent data. With the rapid drop in infection rates, the decay of daily hospital admissions has much to do with the long tail in the time delay between infection and hospital admission (reported in the August 10, 2021 report). As a result the sensitivity to recent changes in transmission rate (relaxation or BA.2) is reduced.

The model is able to describe data from the states by introducing a transition to lower transmission rate near the end of December 2021. This introduces a kink in the log scale plots (as constant transmission rate corresponds to straight lines, if population immunity is roughly constant). For several states, a transition is included in February to improve the model fit to data. 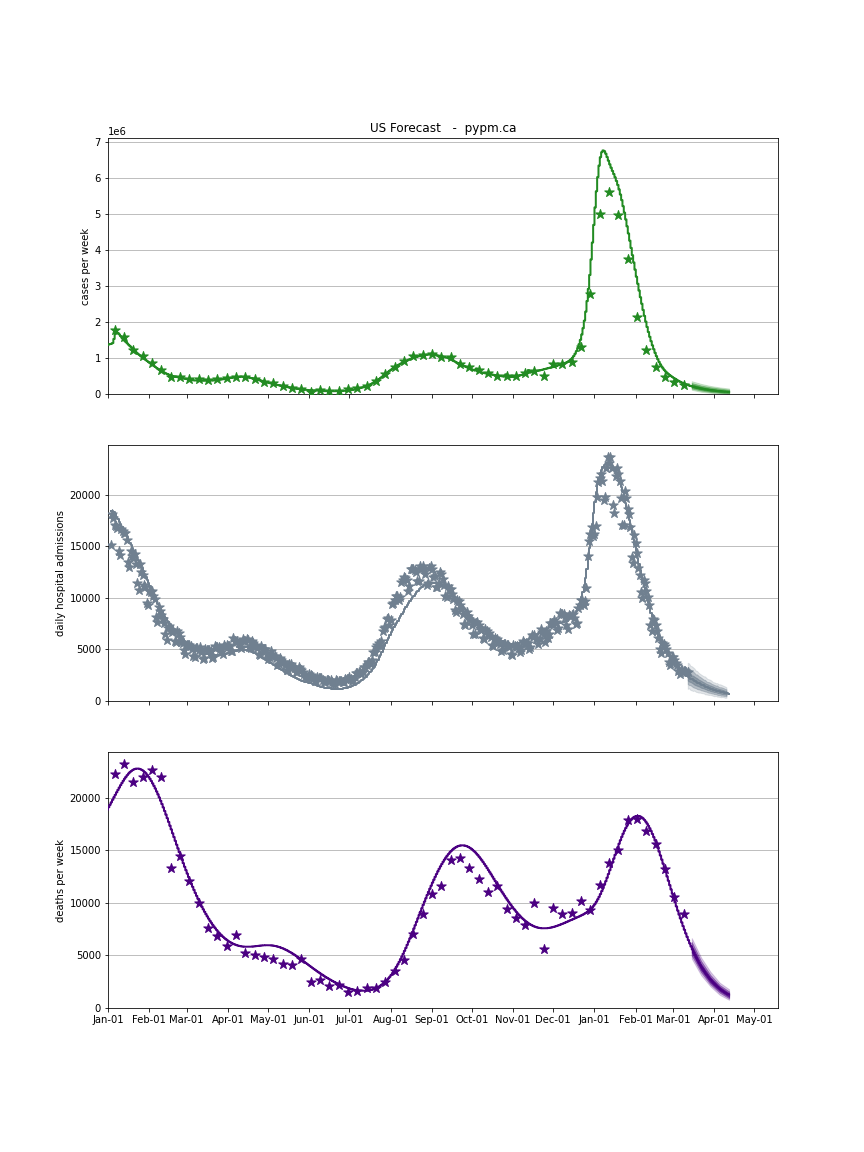