The left plots also show the hospital admission model curves from the previous two weeks’ analysis (February 6 and 13), to show the degree of variability when new data is included. For most states the previous weeks’ model projections agree with the recent data.

The plot below shows this metric versus calendar date. For some regions, the states with the earliest introduction and rise of cases led to the largest peak infection rate. 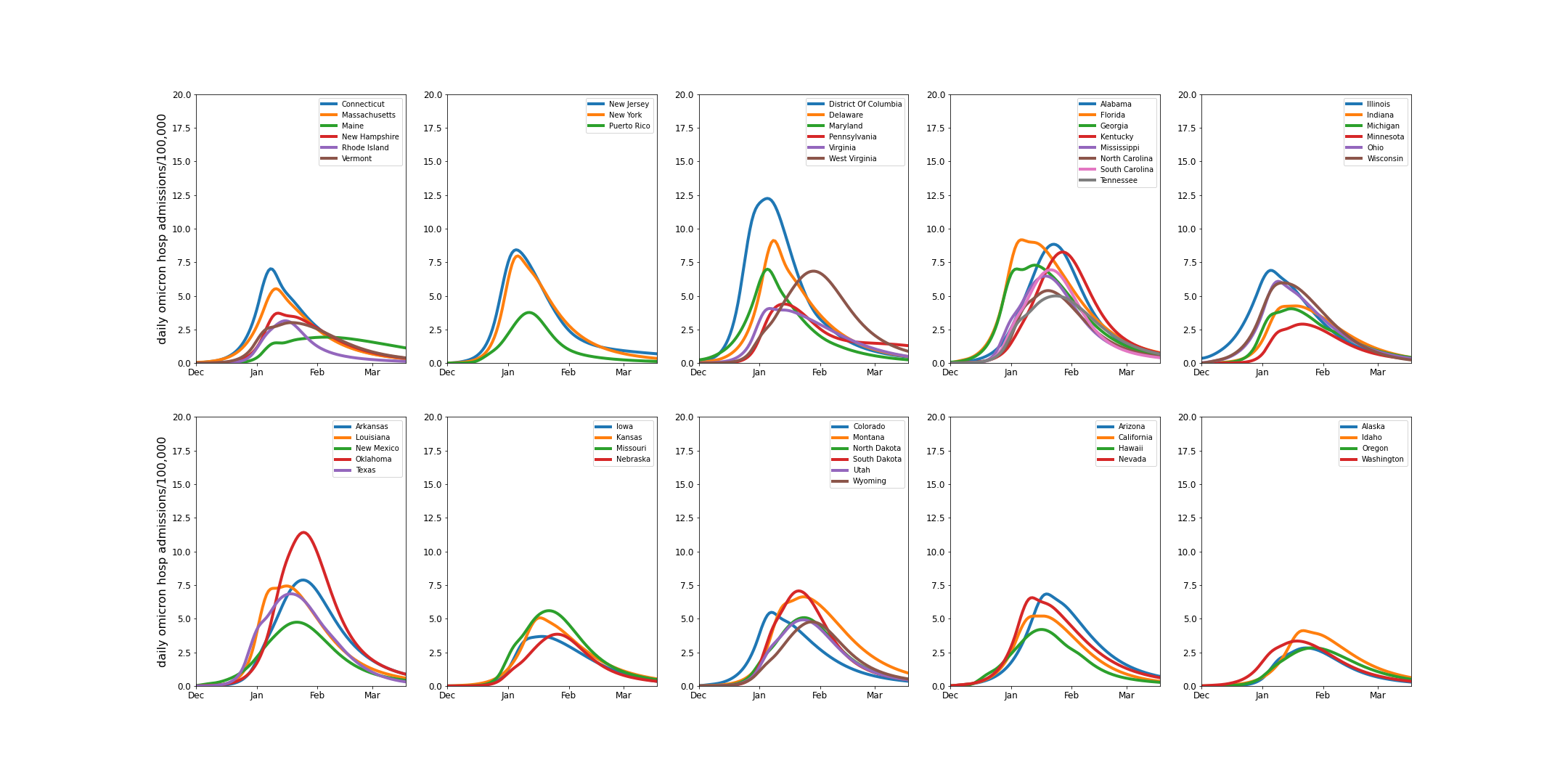 The plot below shows the metric, aligned on the day that Omicron hospital admissions first exceeded 2 per day per 100,000. The solid lines end on February 20, and the dashed lines show model projections. 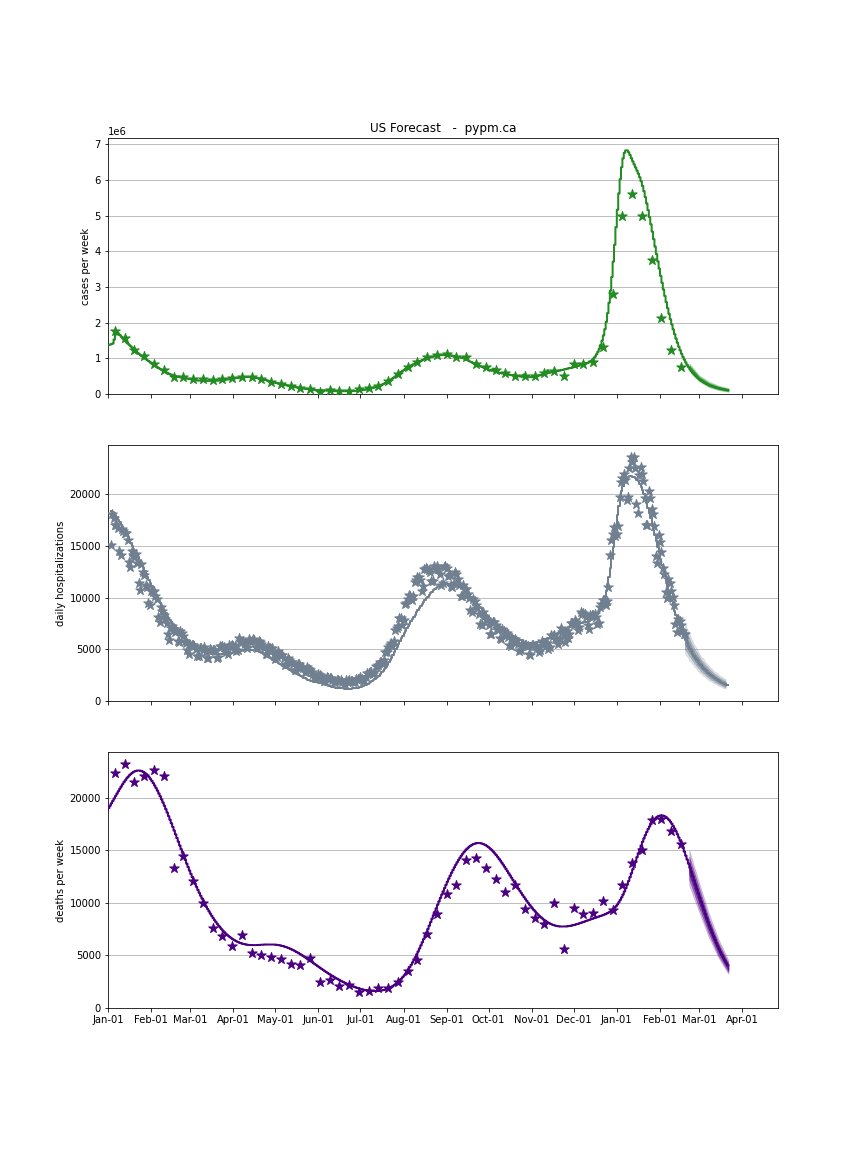