A few states are showing showing an excess of hospital admissions compared to last week’s projections (0206), which could be due to relaxation of measures or due to BA.2 becoming dominant (as it now is in Denmark).

The plot below shows this metric versus calendar date. For some regions, the states with the earliest introduction and rise of cases led to the largest peak infection rate. 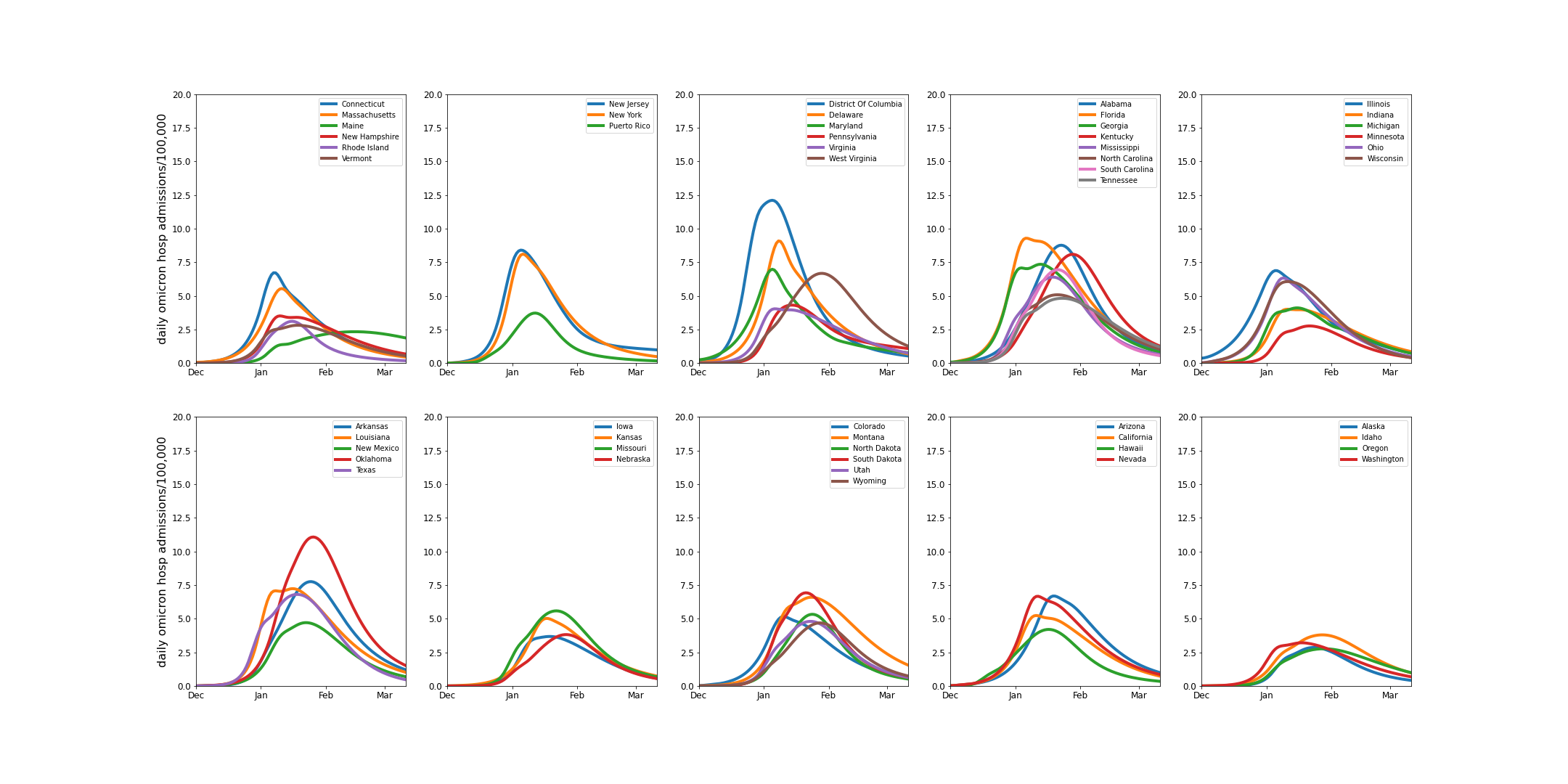 The plot below shows the metric, aligned on the day that Omicron hospital admissions first exceeded 2 per day per 100,000. The solid lines end on February 13, and the dashed lines show model projections. 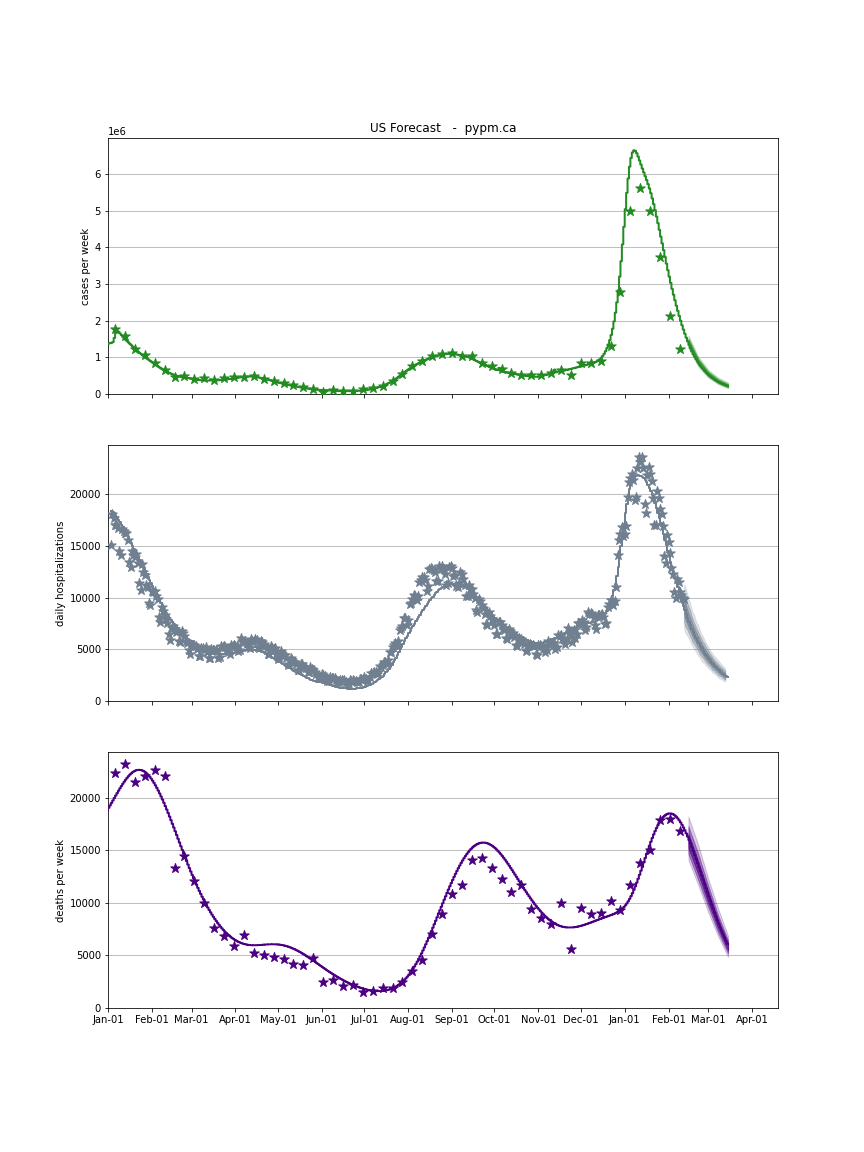