No state showed a significant excess of hospital admissions compared to last week’s projections, which could have indicated BA.2 becoming dominant (as it now is in Denmark).

Booster doses have been included in this analysis, and are assumed to raise the vaccine effectiveness from 20% to 80% with a time delay given by a gamma distribution with mean 10 days and standard deviation 5 days.

The Omicron v0ariant is also assumed to produce more infections that go undetected as cases (as compard to Delta). In the last report (January 30), the reporting fraction of omicron infections was assumed to be 0.6 times that of Delta infections. For this week’s analysis, declines in hospital admissions were found to be more rapid than last week’s projections, and as a result the scaling factor was reduced to 0.4 for most states.

The plot below shows this metric, aligned on the day that Omicron hospital admissions first exceeded 2 per day per 100,000. The solid lines end on February 6, and the dashed lines show model projections. 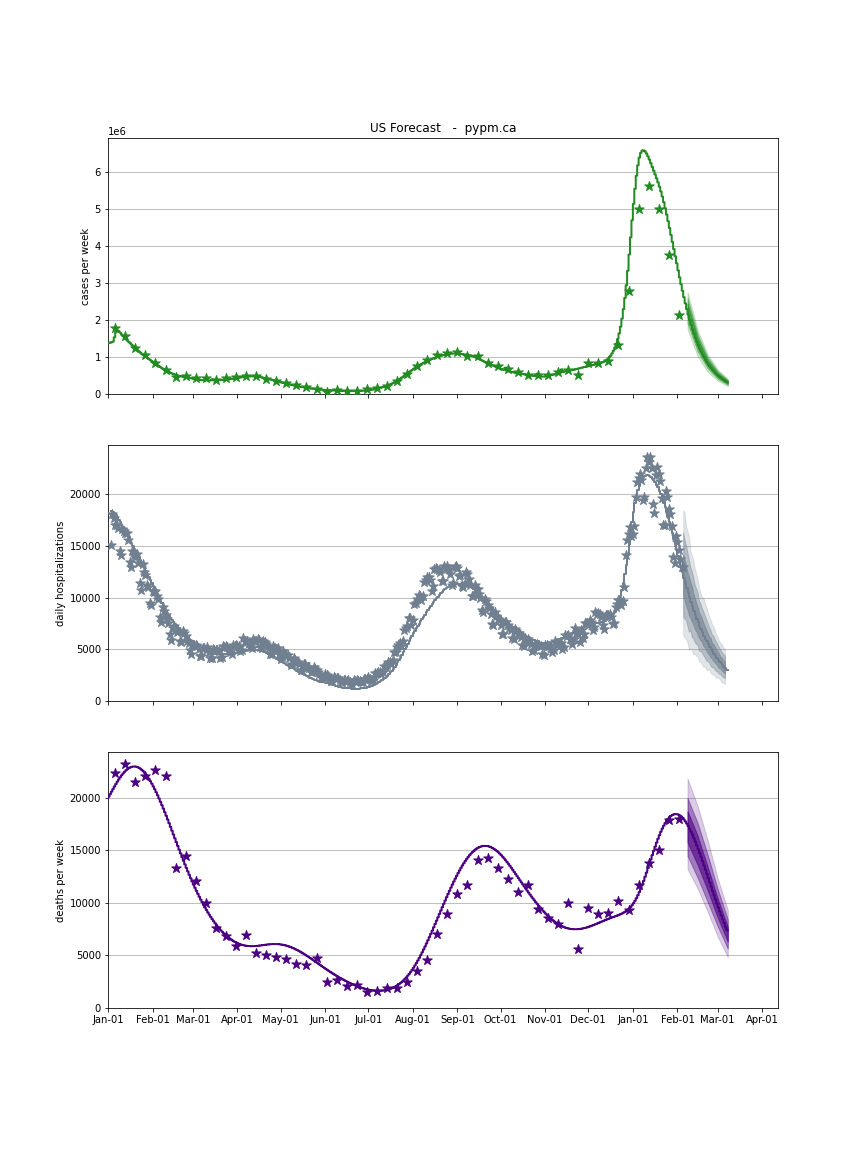