December 19, 2021 Omicron projections for US states

Omicron infections are spreading rapidly around the globe. Doubling times of 2-3 days are found in many jurisdictions.

For several US states, omicron produces most of the cases resulting in significant increases in case growth rates. Unlike earlier studies posted on this site, only a subset of states are included in this report, namely those with an apparant omicron signature in their case data.

Fitting models to these data at this stage gives estimates for omicron growth rates and current case fraction, but with rather large uncertainty. Detailed error analysis is not performed, given the rapidly changing situation.

The plots for each state below shows the case, hospitalization, and deaths data since August 2021 (left) and since November 15 2021 (right).

The omicron variant is assumed to have a much larger susceptible population, due to its ability to evade immunity (natural and vaccination immunity). For this study, those immunized against earlier strains only have 20% effective immunity against omicron.

The plots below show projections for hospitalization (daily admissions and hospital occupancy) and for deaths, for the three severity levels.

It is too soon to judge which, if any, of these severities are supported by data. One additional week should provide clarity to this important question. Unfortunately, all the levels considered lead to hospital demands far in excess of capacity.

The case data are used to define the periods for which transmission rate appears to be constant. The vertical lines show where the transmission rate is changed. If the susceptibe fraction is constant (immunity not changing quickly), constant transmission rates lead to steady exponential growth or decline. With immunity growing, the curves bend downwards due to the herd effect. Interpretting the growth of omicron with changing delta rates growth rates leads to additional uncertainty in the interpretations.

The curves are the model expectations for cases, hospitalizations, and deaths, and all three are determined from the case data.

There are several challenges arising from data issues, in particular Thanksgiving closures. In the past few months, hospitalization per case has generally declined, whereas the model assumes constant probability for an infection to lead to hospitalization. 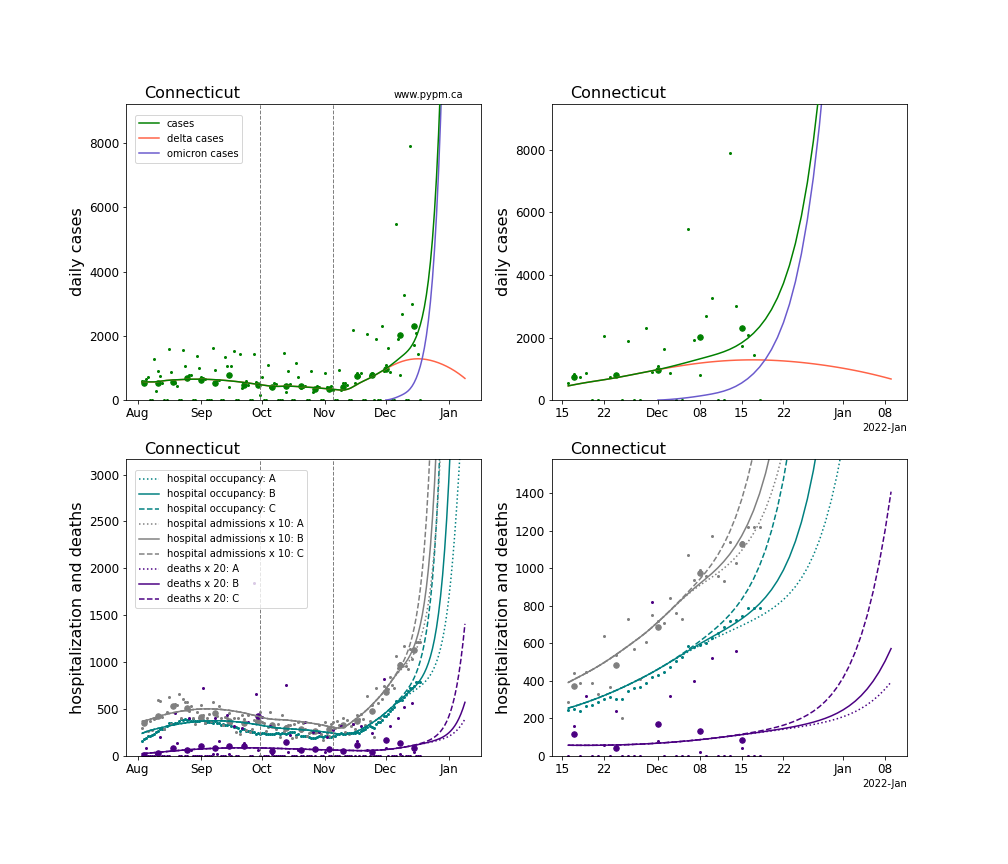 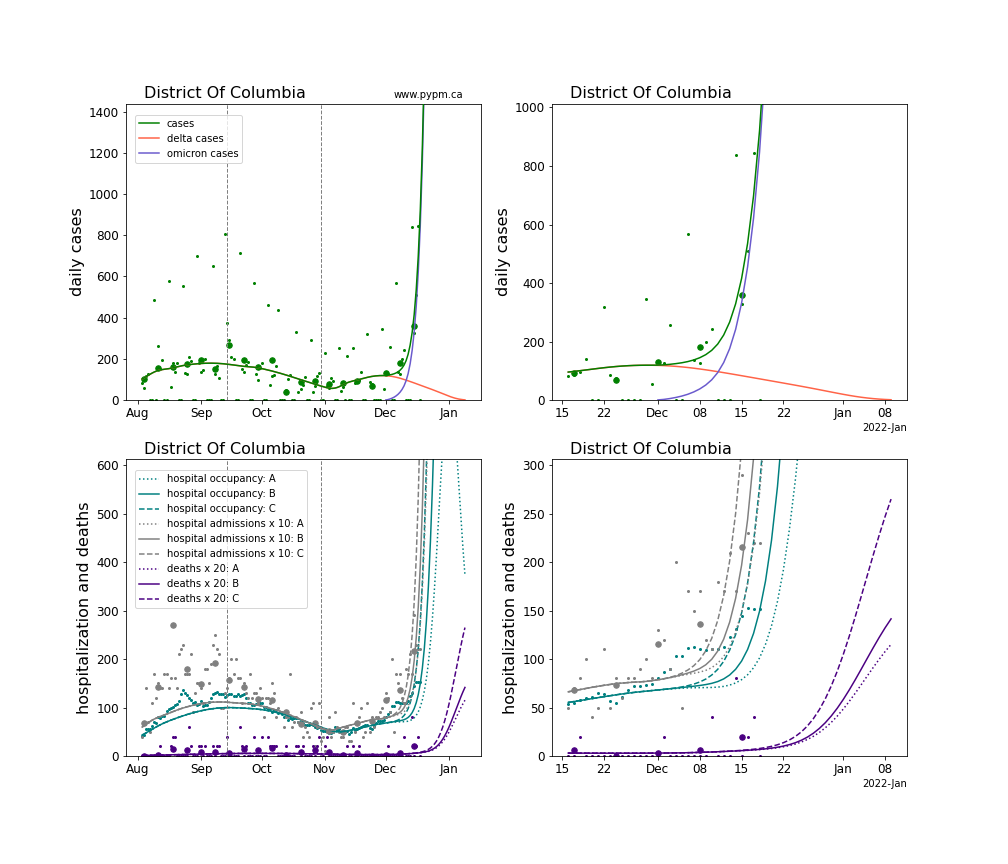 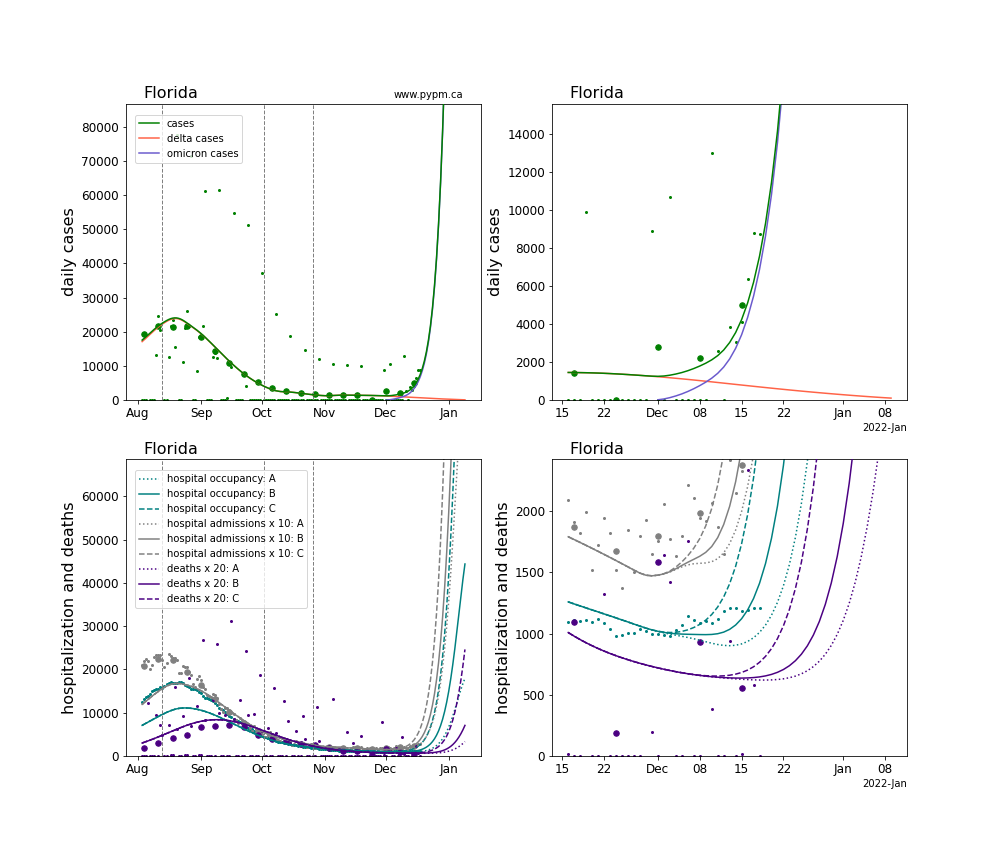 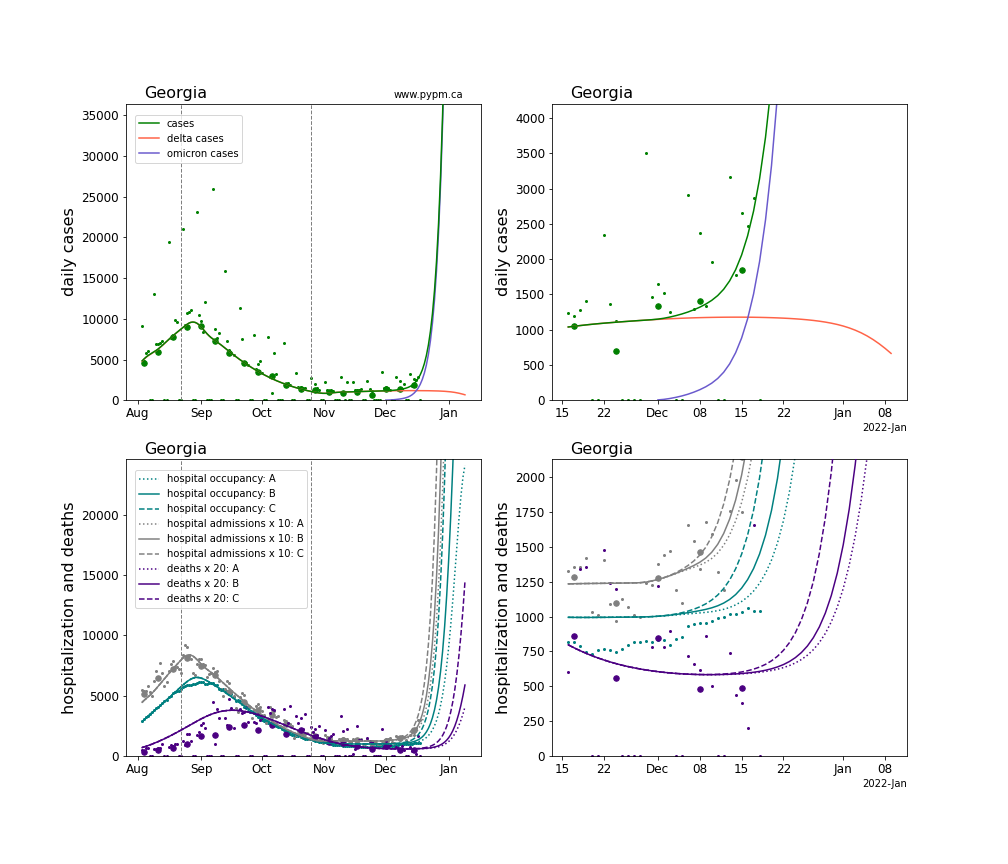 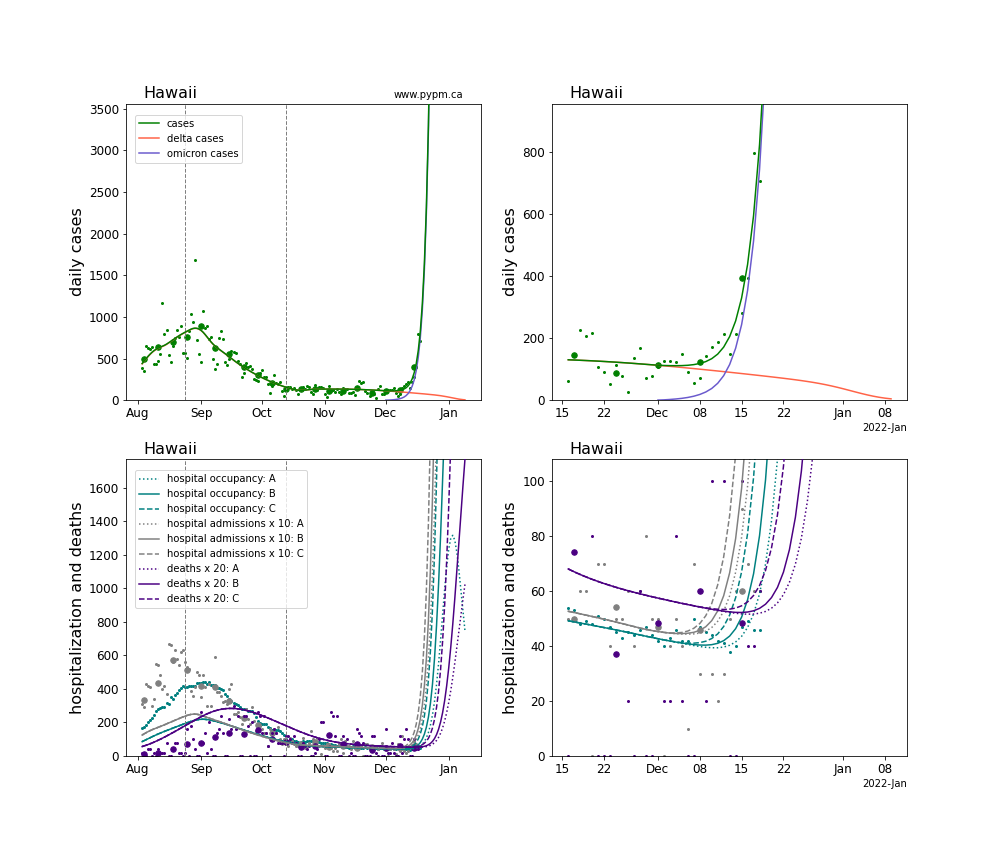 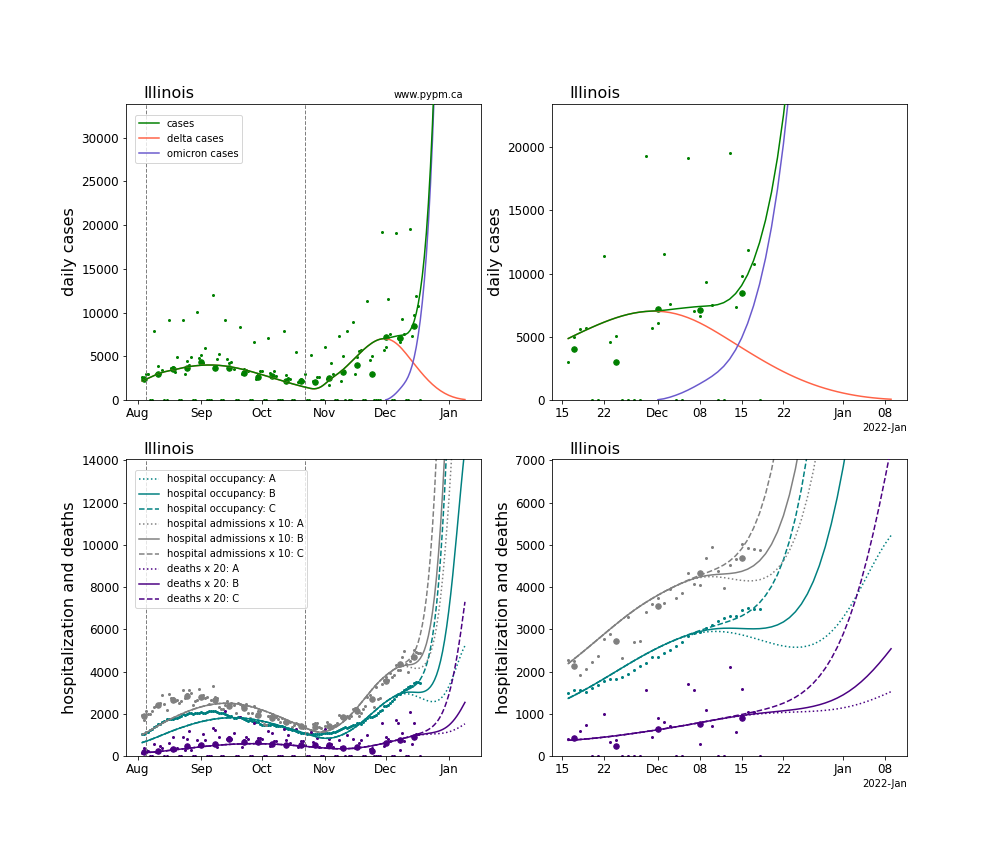 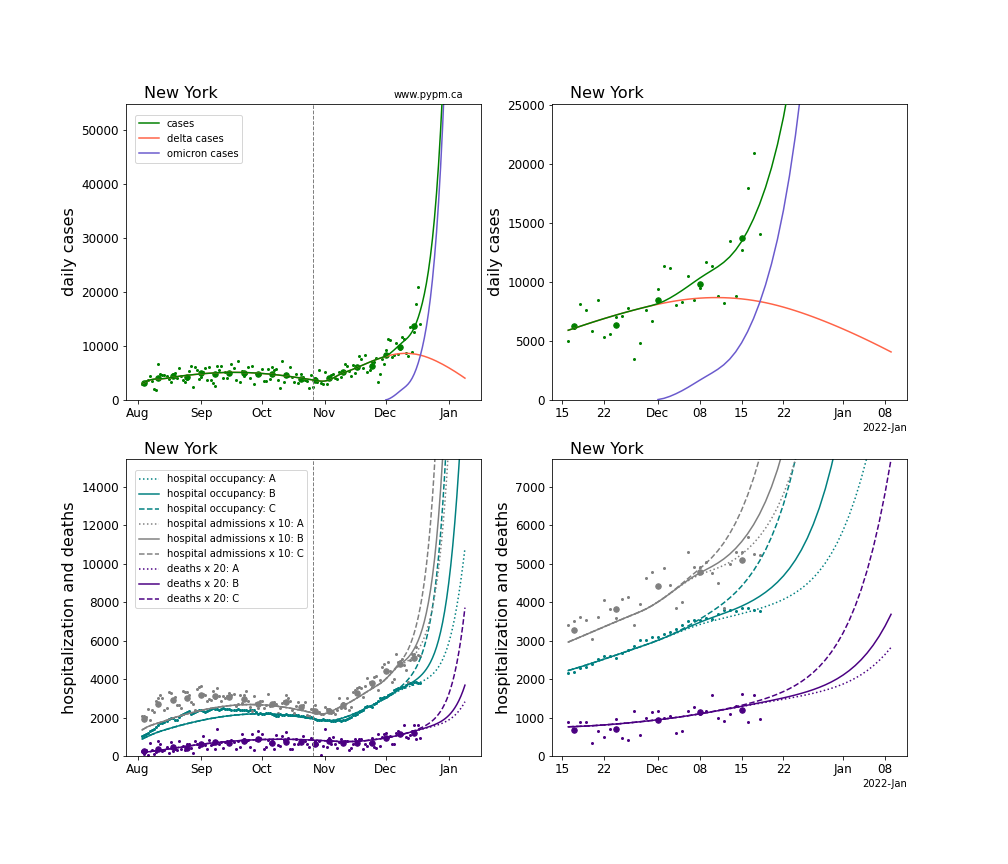 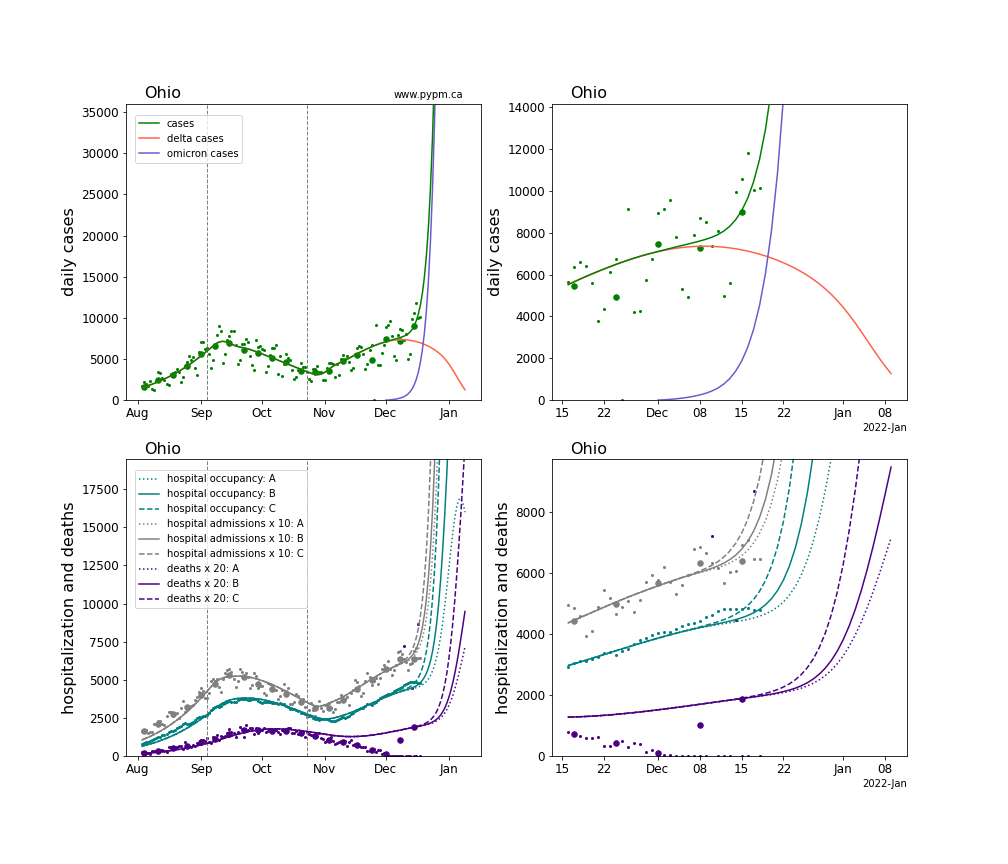 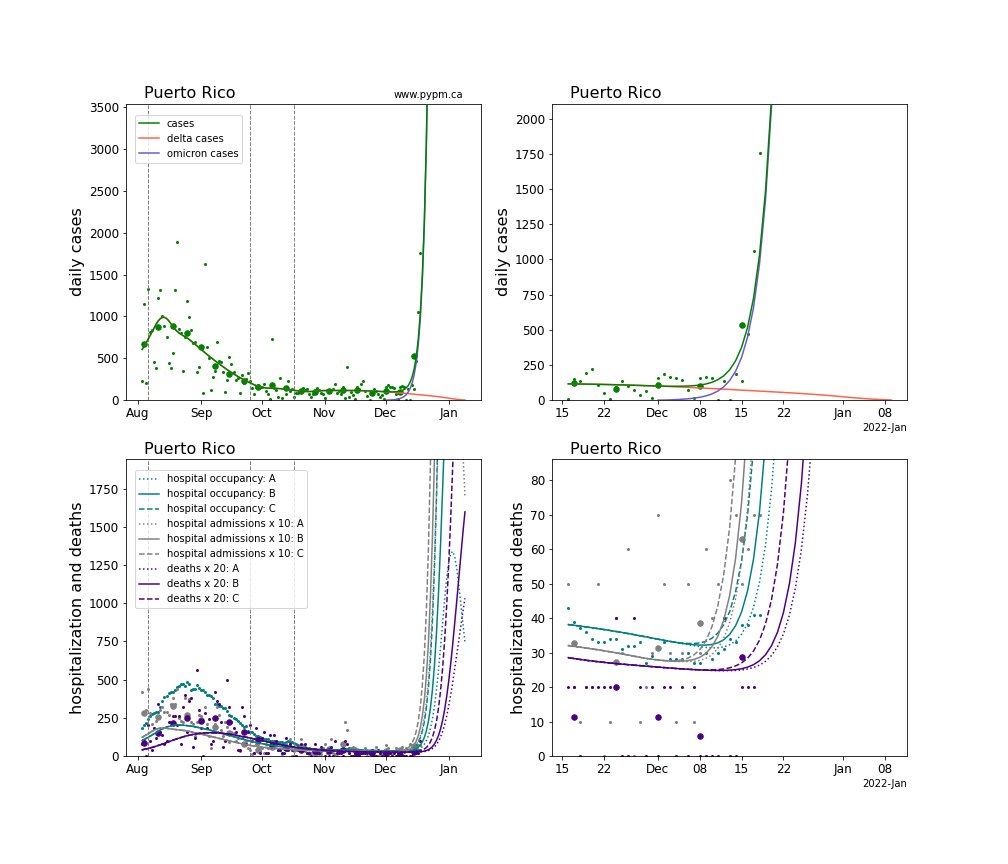 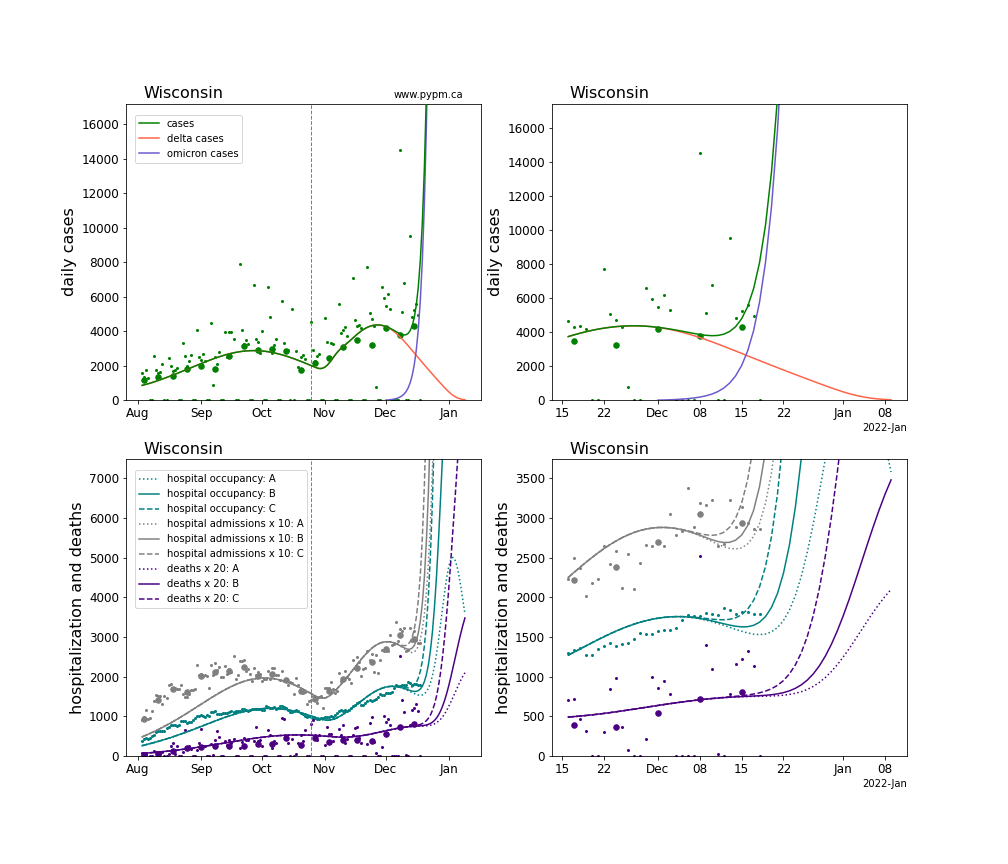