Summary: Many states, particularly in the mid-West and New England, have transitioned to rapid growth, similar to what was seen in Europe 6 weeks earlier.

Eastern Canadian provinces have also started a new growth phase. Given the recent situation in Europe, it is important to monitor the situation closely in the US.

The plots below show the case / hospital admissions / deaths data for all 50 states, DC, and PR. The data fits were done using data up until December 5, 2021. 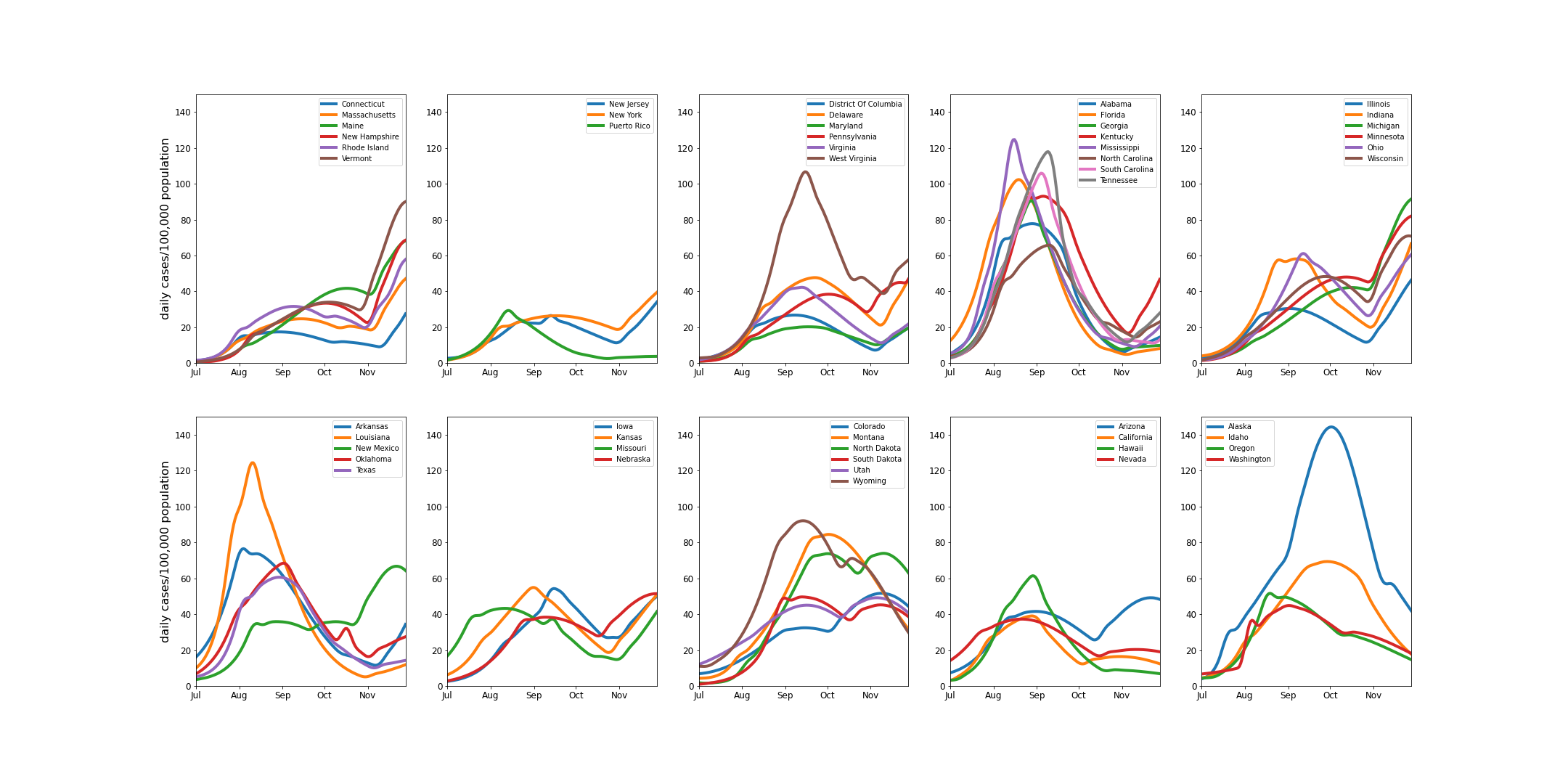 The following plots show the combined US 4 week forecast. The shaded areas are 50%, 80%, and 95% intervals. Overall, case rates, hospitalizations, and deaths are forecast to increase. 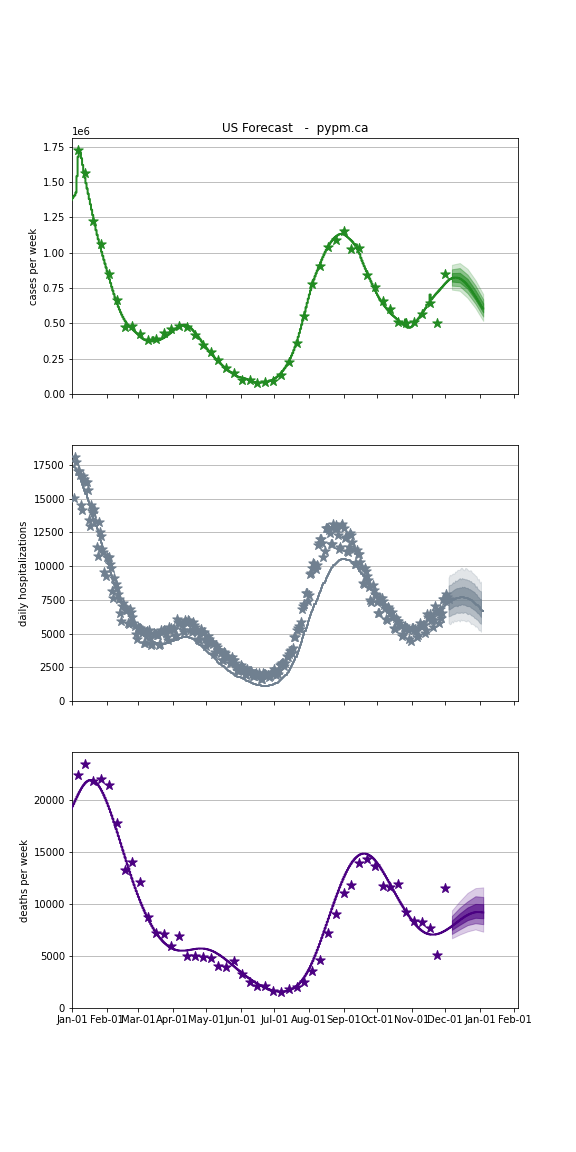