Summary: For all states, daily growth rates for cases are negative, meaning that infection rates are in decline. Furthermore, the daily growth rates themselves are trending more negative for many states. These states have a growth rate that is 2%/day less than they were 4 weeks ago. That rate of change of the growth rate is consistent with the effect of increasing immunity in the population.

The comparison of growth rates now and 4 weeks ago are shown in the figure below for US states, Canadian provinces, and European nations. The situation in Europe is very concerning, showing an increase in growth rates by 5%/day or more, resulting in rapid growth in the majority of Europe. European studies are posted here. 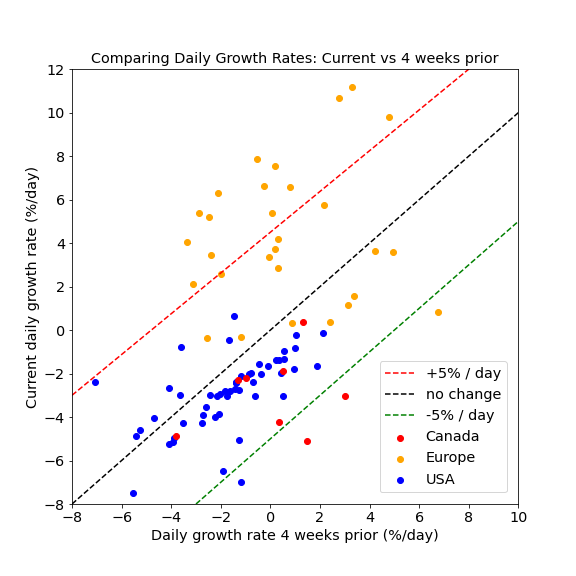 The plots below show the case / hospitalization / deaths data for all 50 states, DC, and PR. The data fits were done using data up until October 23, 2021. 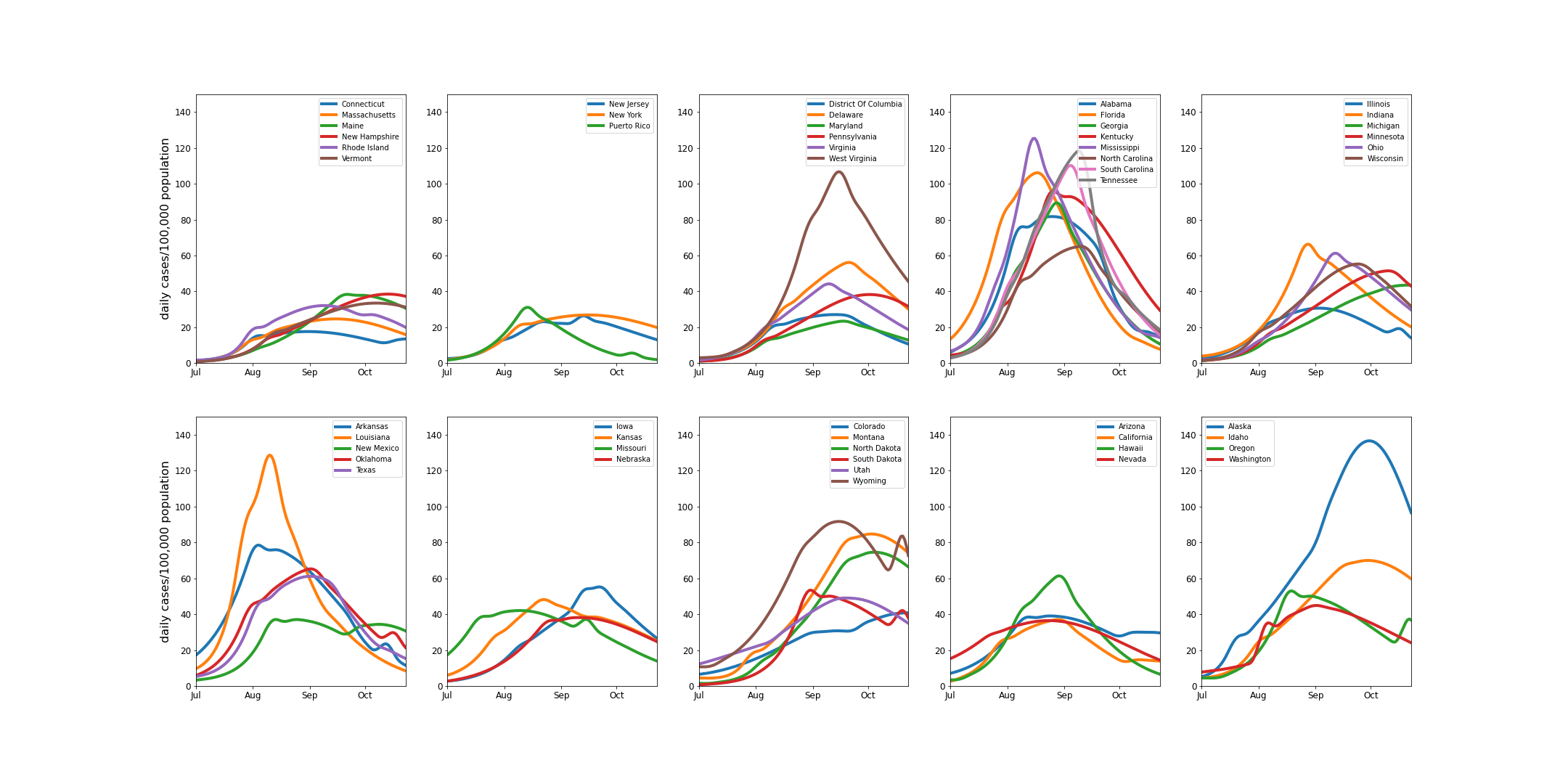 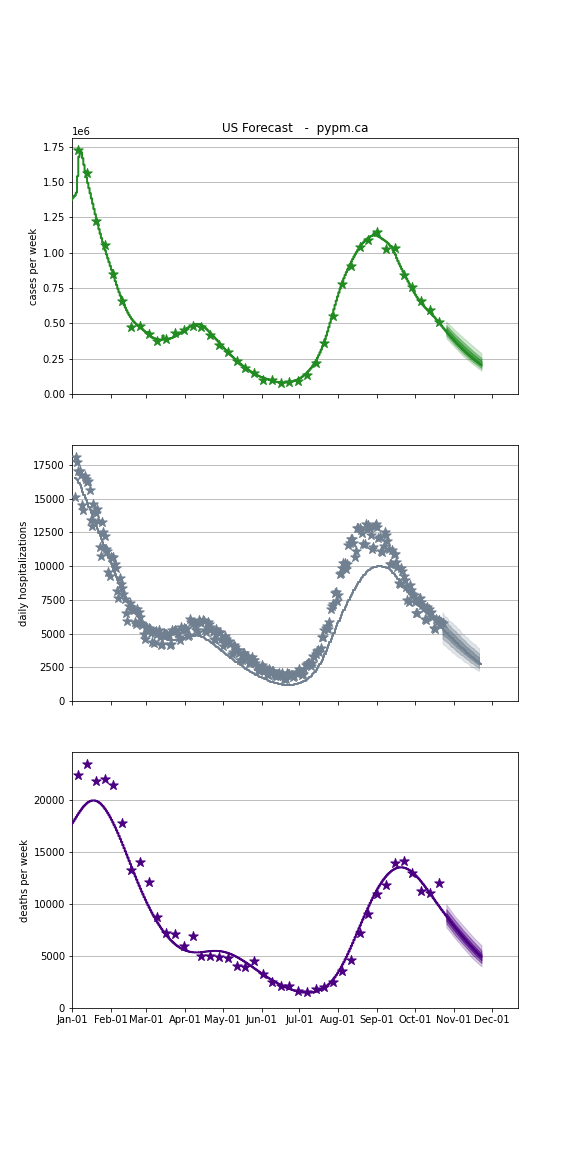