Summary: After many weeks with rapid growth in cases (more that six weeks after the delta variant became dominant), most states have turned around, due to changes in measures or due to the herd effect begining to take effect.

The plots below show the case / hospitalization / deaths data for all 50 states, DC, and PR. The data fits were done using data up until October 2, 2021. 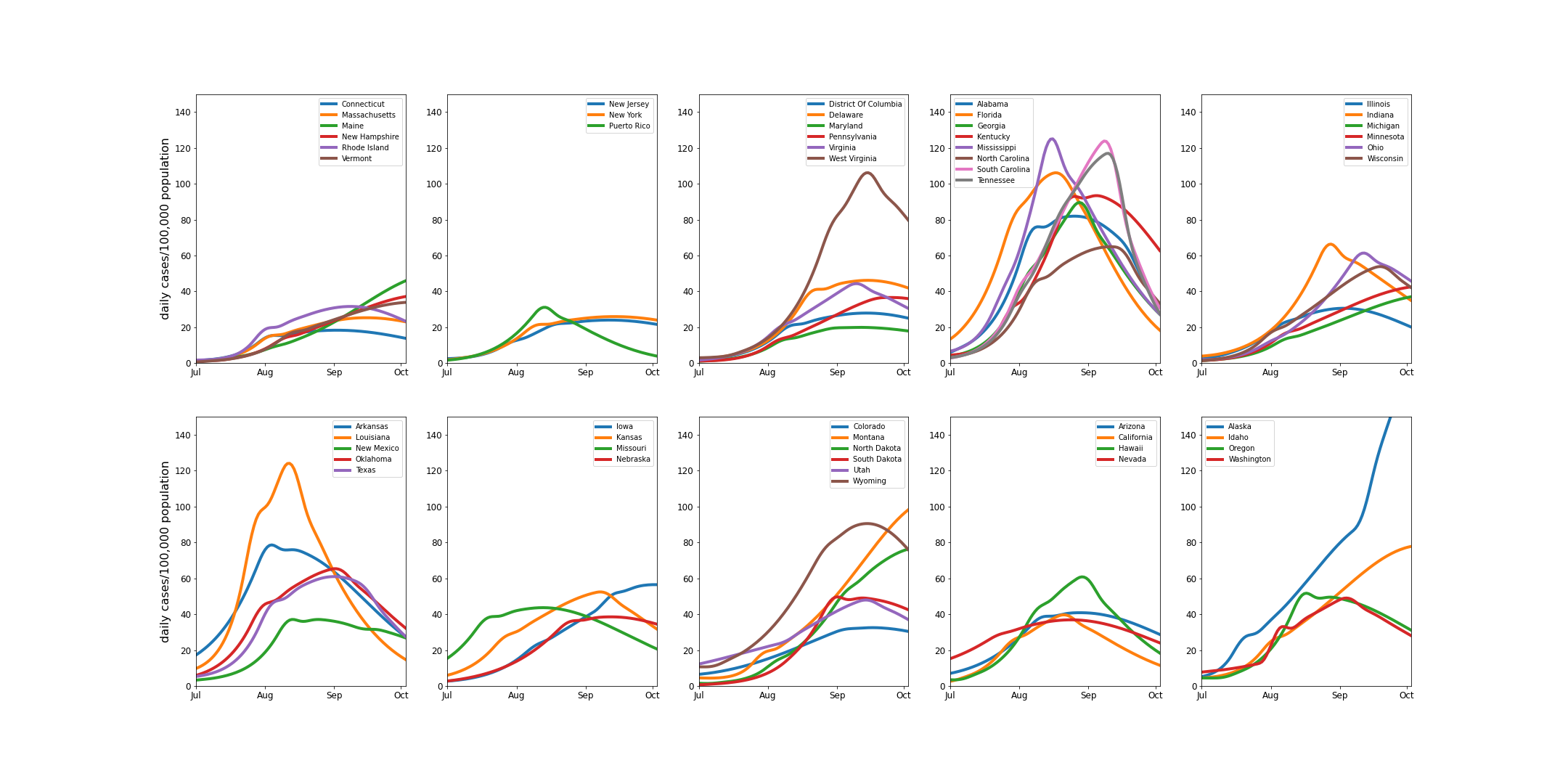 The following plots show the combined US 4 week forecast. The shaded areas are 50%, 80%, and 95% intervals. Overall, case rates are forecast to be declining. 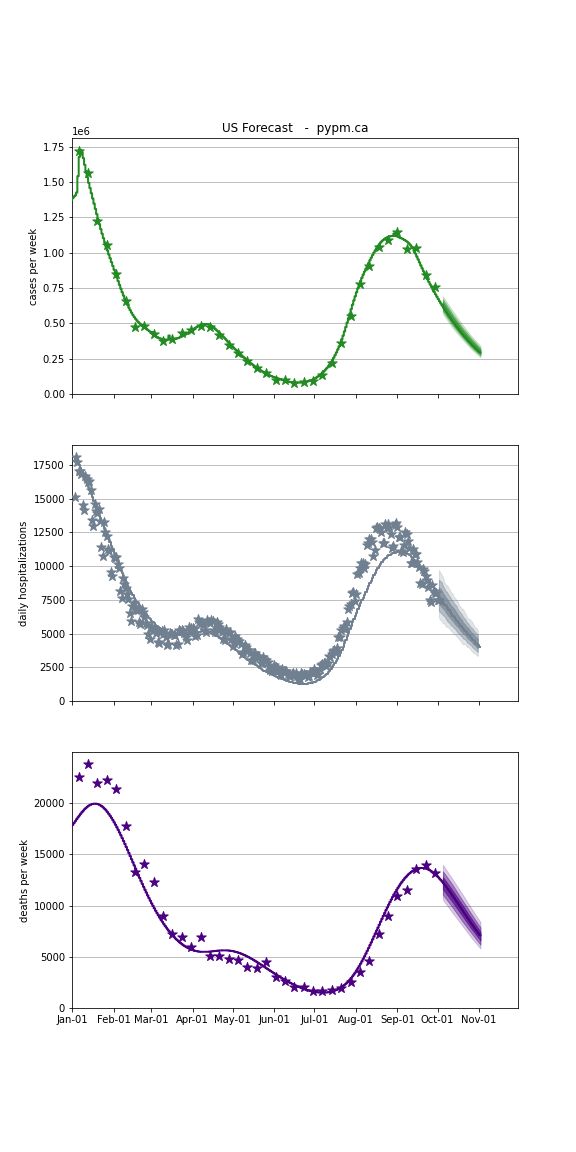