Summary: After many weeks with rapid growth in cases (more that six weeks after the delta variant became dominant), most states are approaching a turnaround, as the herd effect begins to take effect. Some states, such as Louisiana, what had a significant turnaround as a result of mask mandates or other measures.

The plots below show the case / hospitalization / deaths data for all 50 states, DC, and PR. The data fits were done using data up until September 4, 2021.

The following plots show the combined US 4 week forecast. The shaded areas are 50%, 80%, and 95% intervals. Overall, cases are forecast to continue to grow, but at a rate that reduces over the coming weeks. 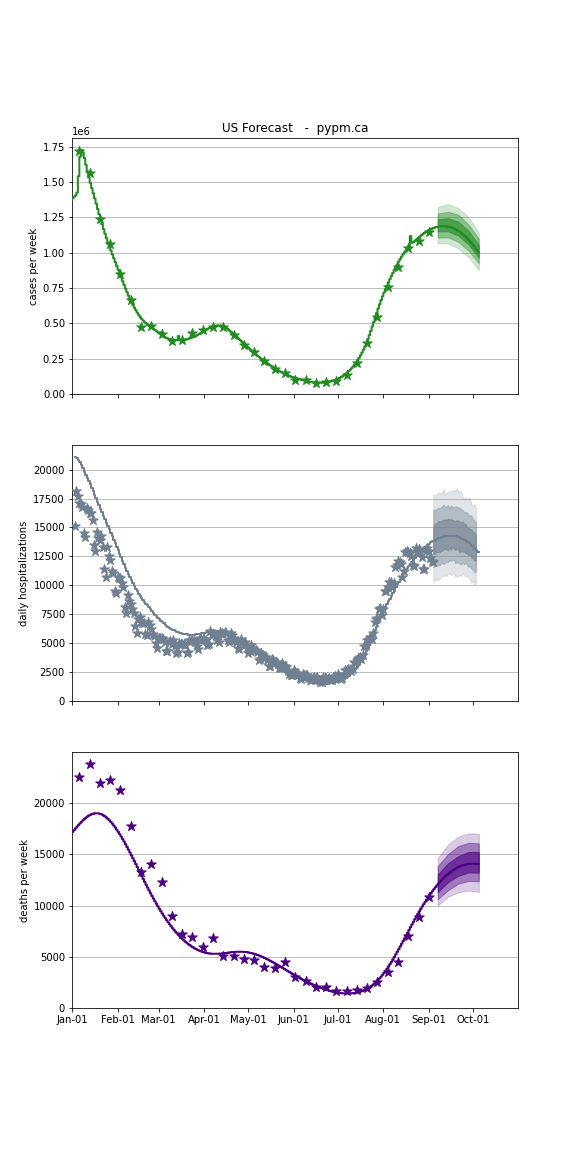