Summary: Almost all states continue to show rapid growth in cases, more that six weeks after the delta variant became dominant. This is unlike most EU countries where the delta growth rate was significantly reduced within a few weeks of becoming the dominant strain. Recent transitions to slightly lower transmission rates are included for AK, FL, LA, MO.

The plots below show the case / hospitalization / deaths data for all 50 states, DC, and PR. The data fits were done using data up until August 7, 2021.

The following plots show the combined US 4 week forecast. The shaded areas are 50%, 80%, and 95% intervals. Overall, cases are forecast to grow at a rate of about 7% per day (doubling every 10 days). 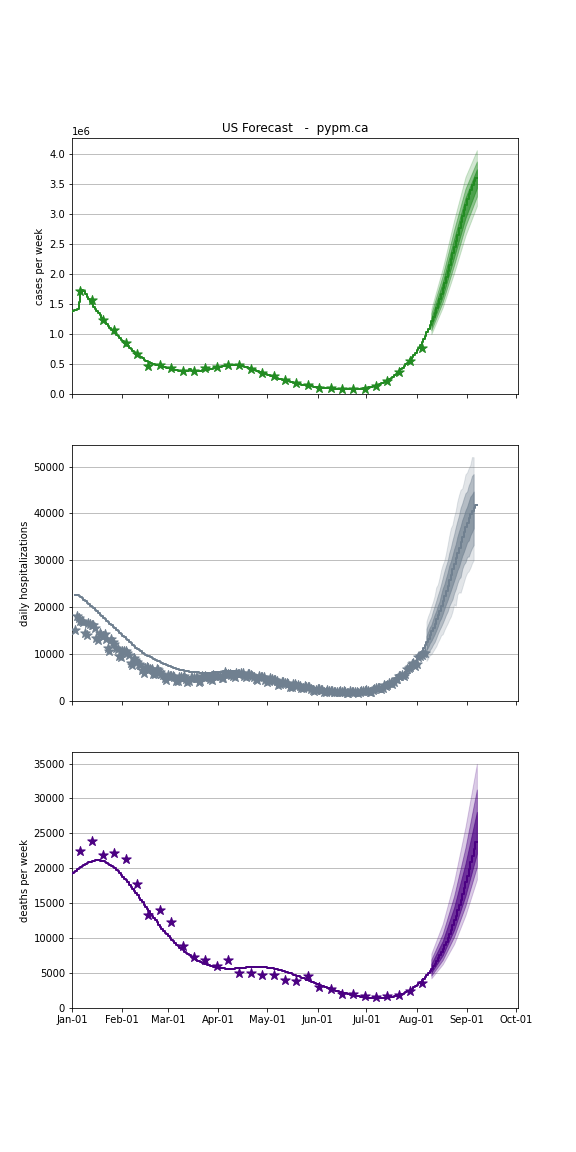