Apart from BC and Manitoba, the other large provinces were recently experiencing rapid growth in cases. Growth rates (measured in % per day) are slowly declining in all provinces.

European nations have experienced similar transitions to rapid growth due to delta and several have been able to reduce or turn the growth around. The rapid growth was also seen in all US states, and the growth continued for a long period of time, before recently subsiding. Model fits to EU and US states can be found here. 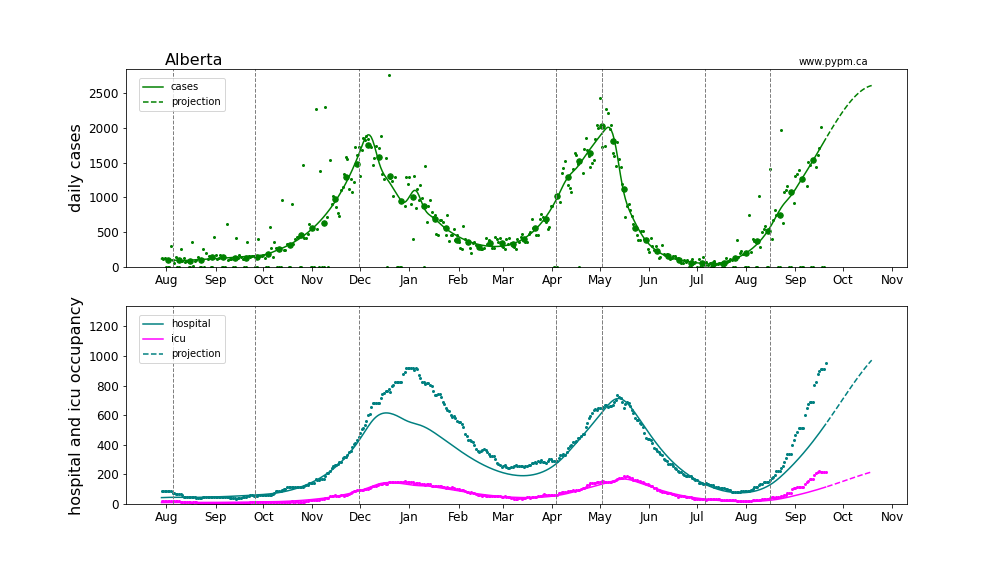 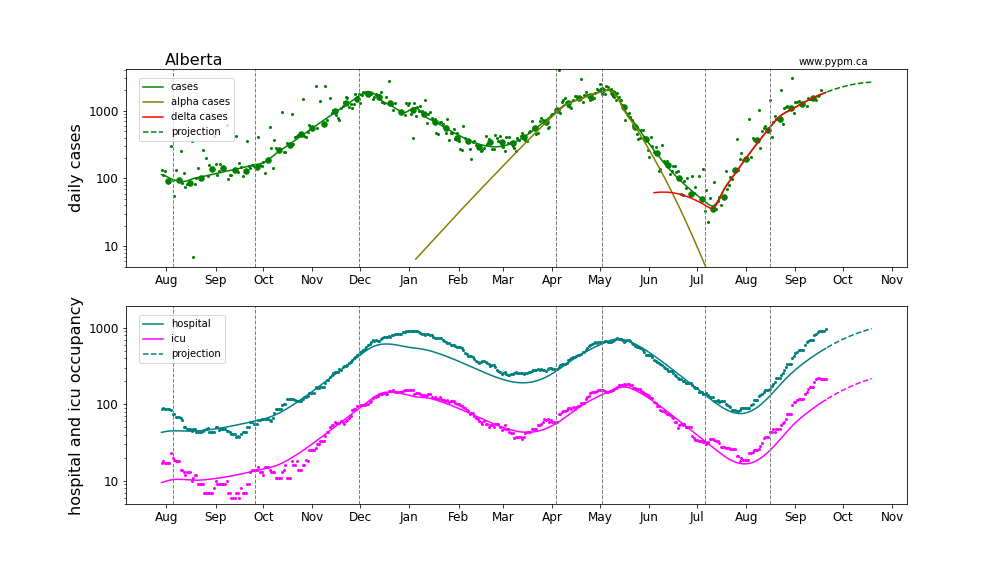 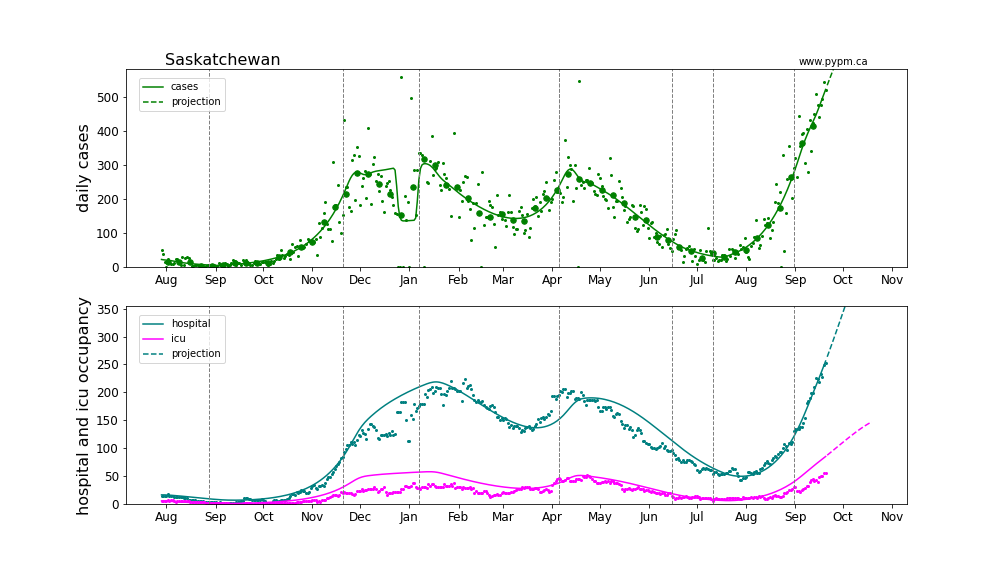 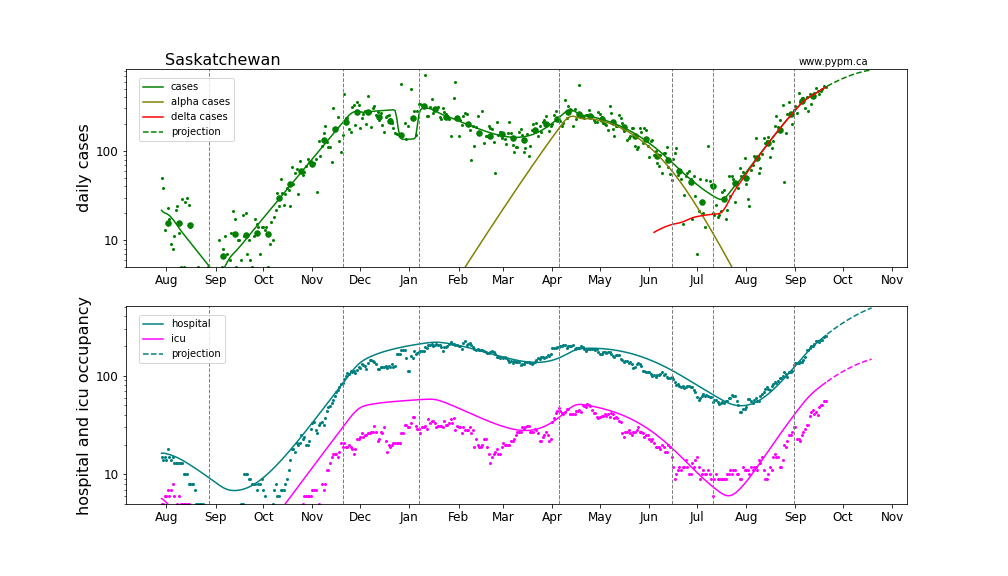 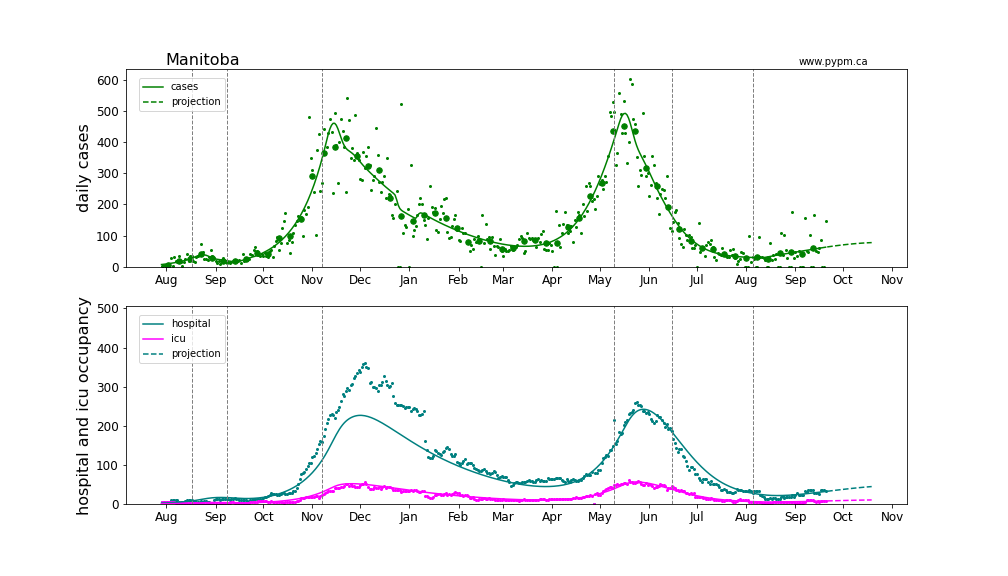 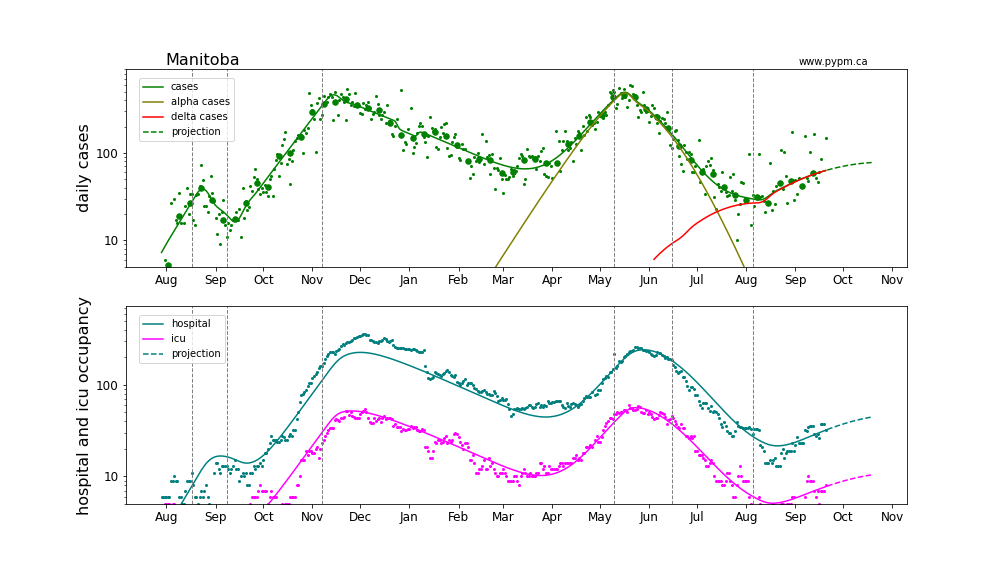 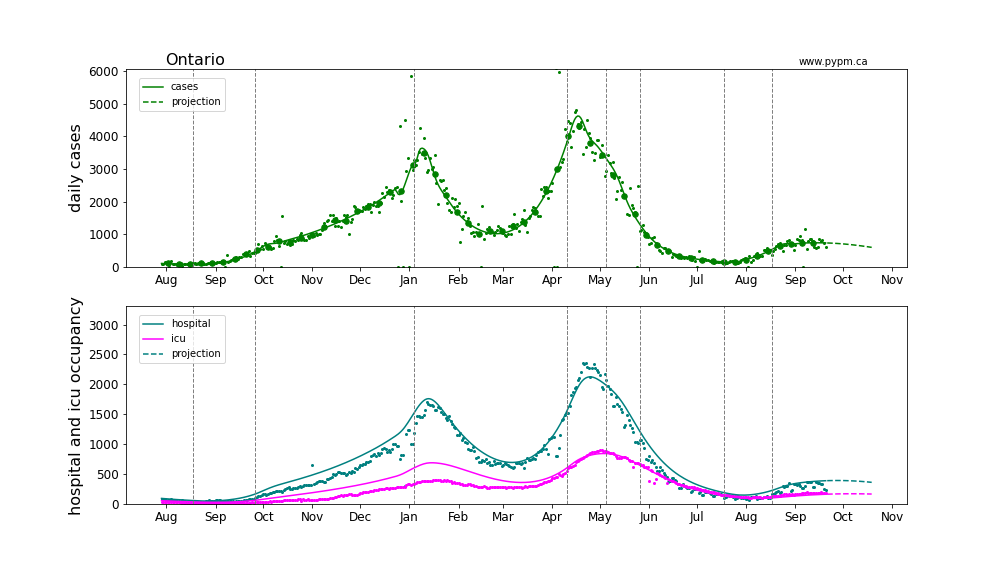 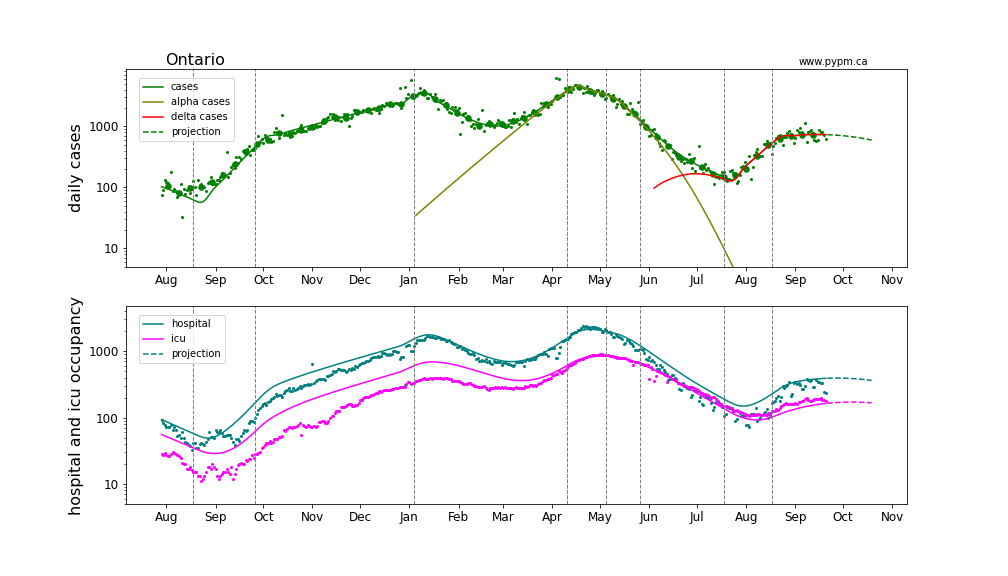 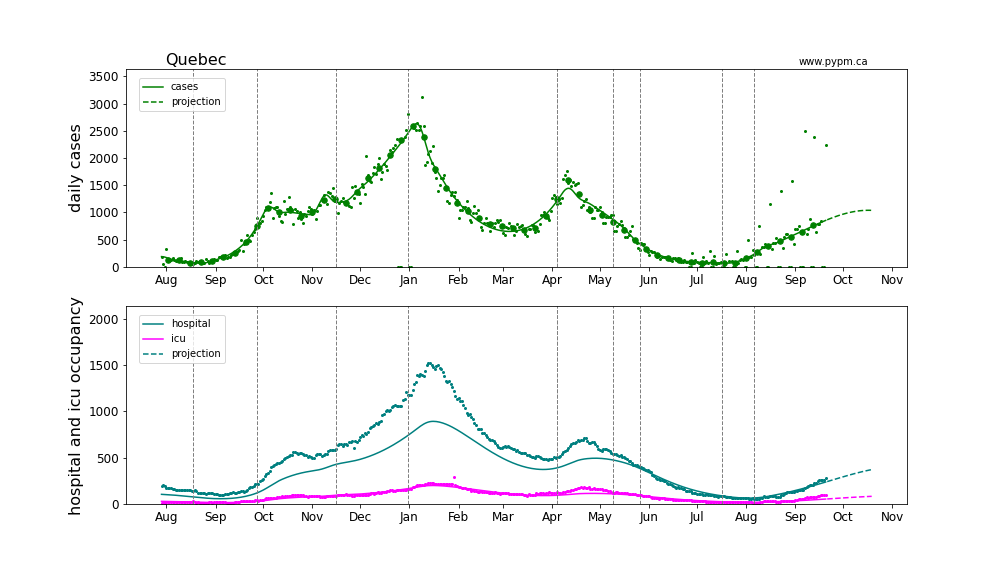 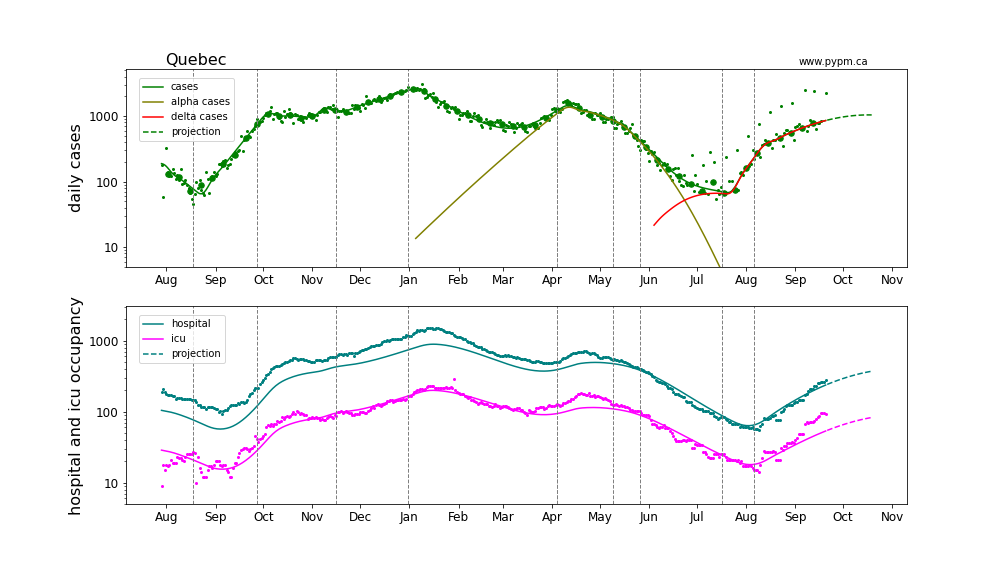