Manitoba experienced a brief burst of cases two weeks ago, which complicates the analysis. As a result, Manitoba does not appear in the analyses for this week.

Apart from BC and Manitoba, all of the other large provinces are currently experiencing rapid growth in cases.

European nations have experienced similar transitions to rapid growth due to delta and several have been able to reduce or turn the growth around. The rapid growth was also seen in all US states, and the growth continued for a long period of time, before recently subsiding. Model fits to EU and US states can be found here. 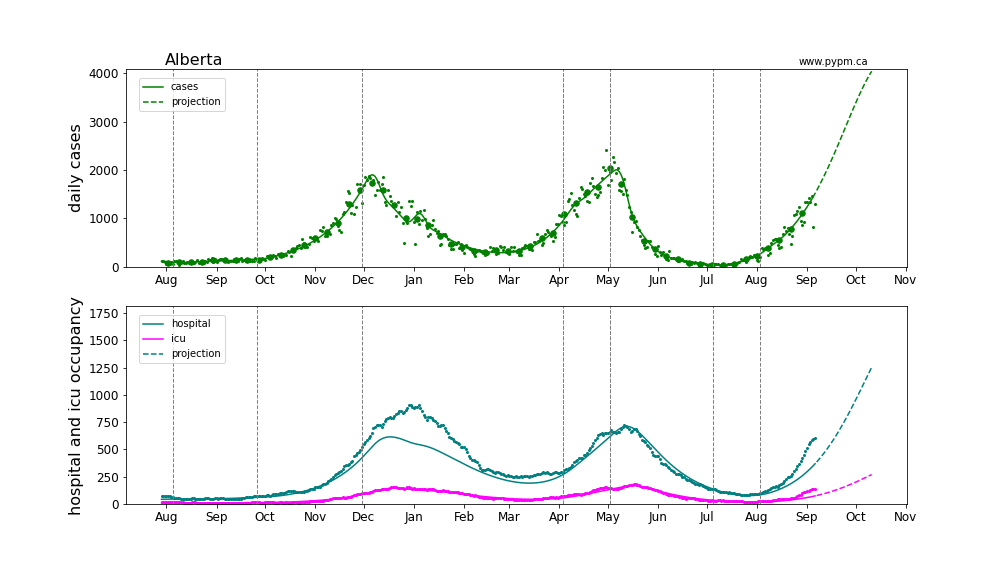 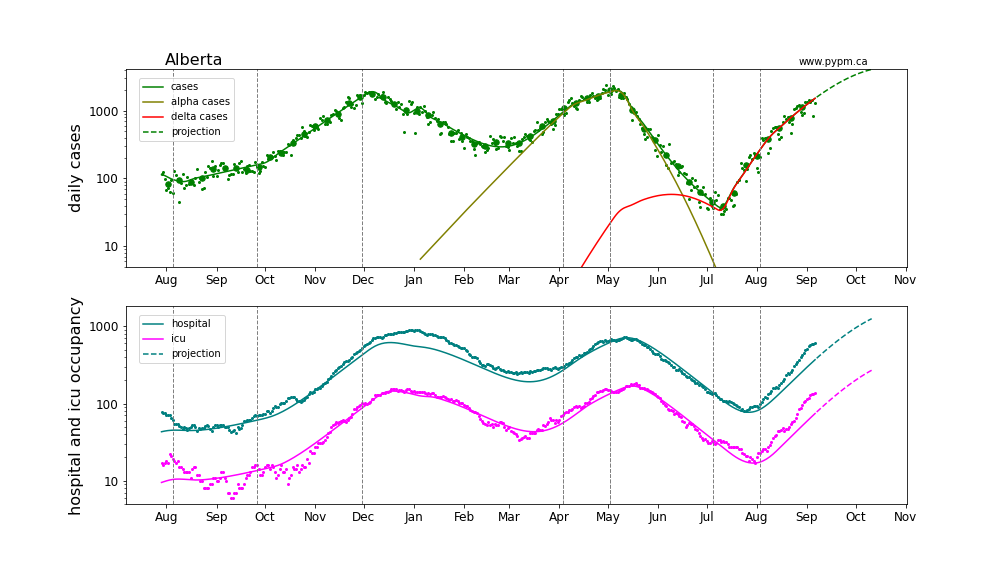 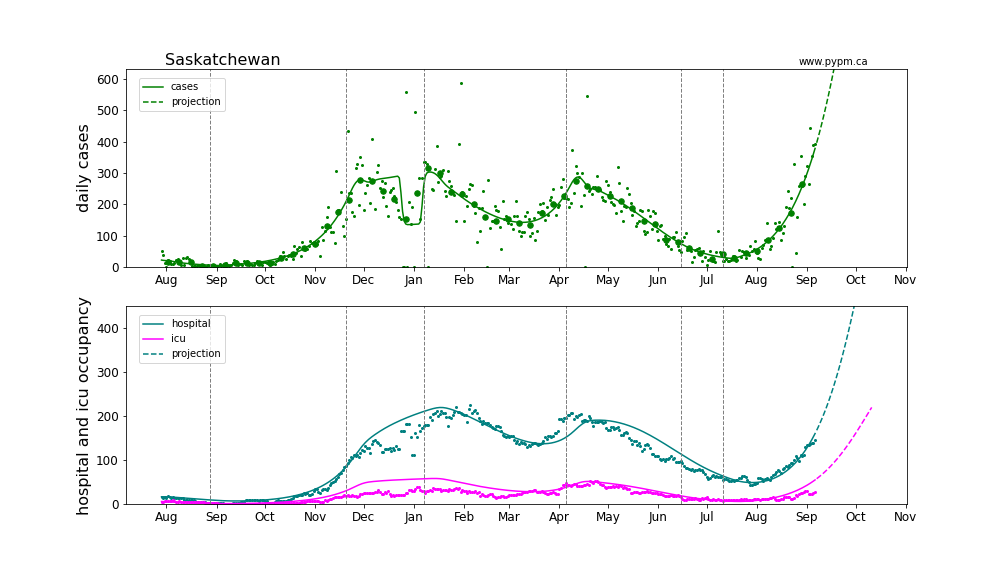 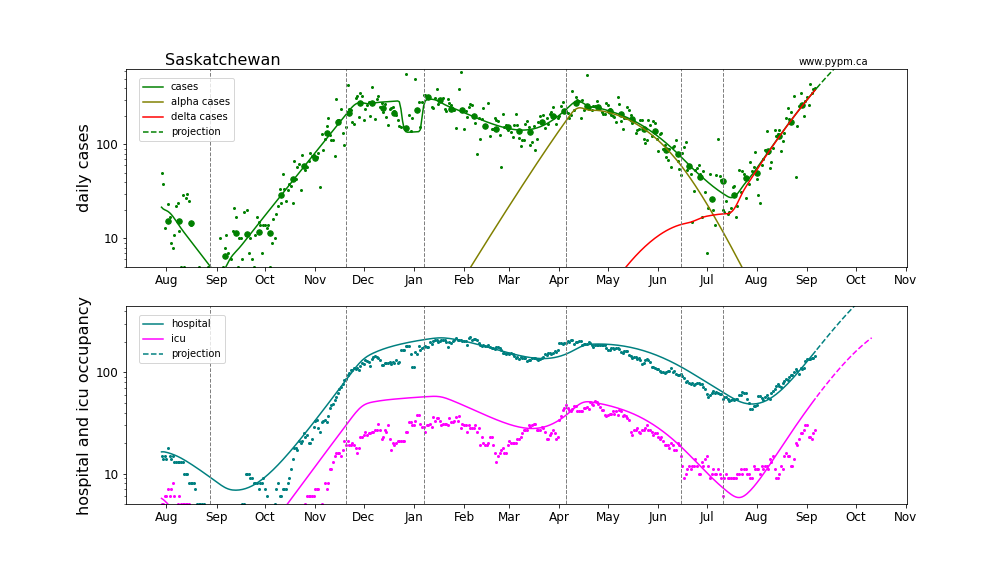 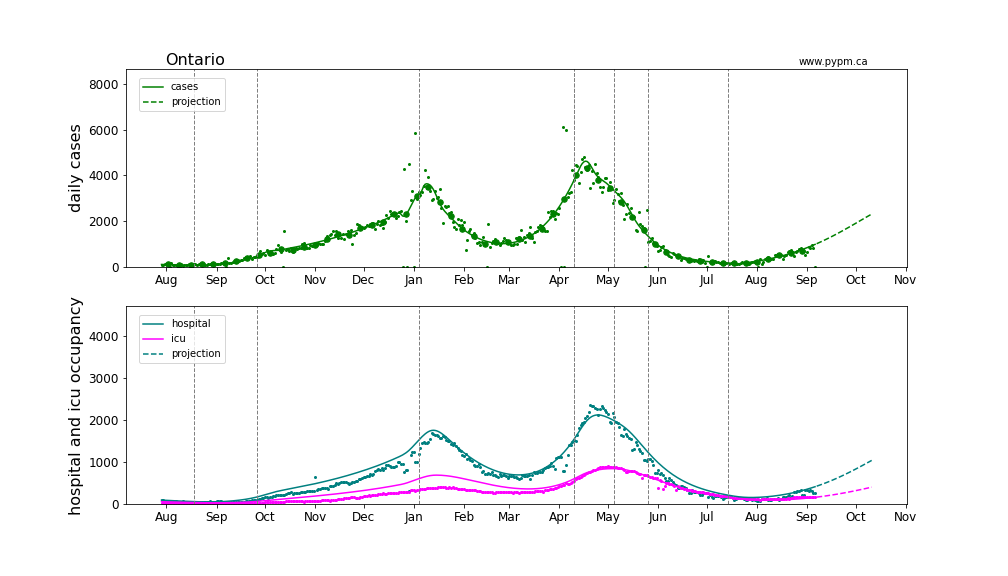 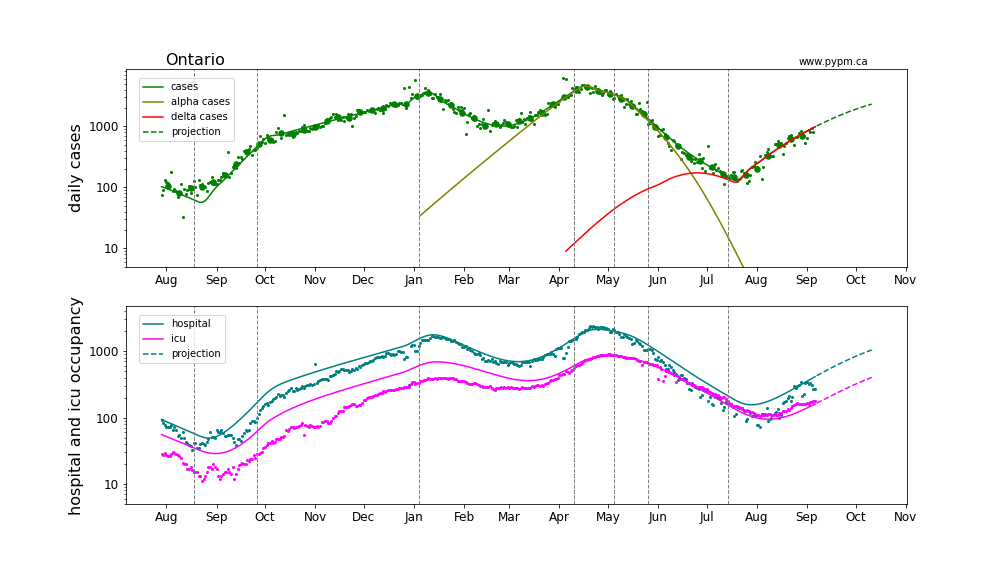 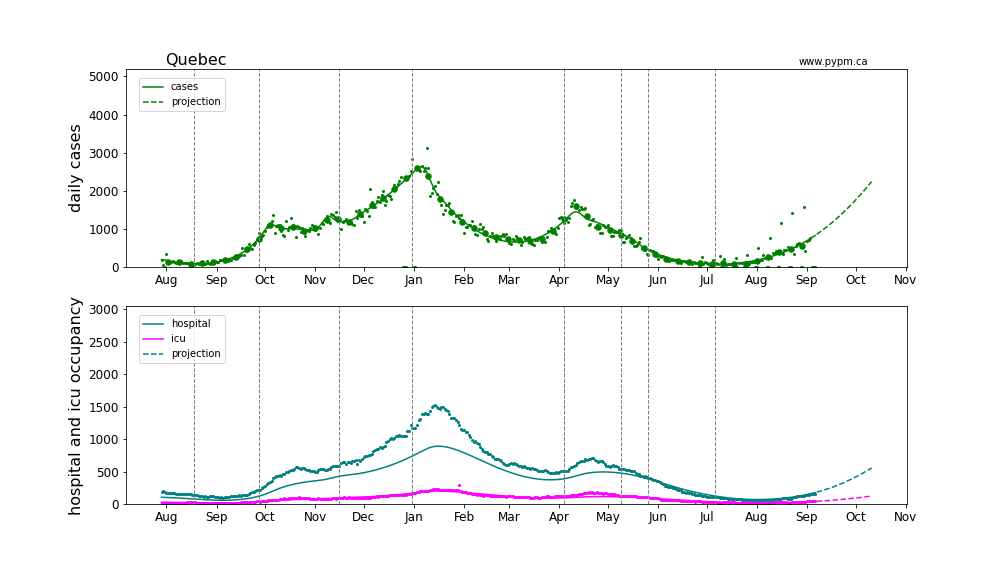 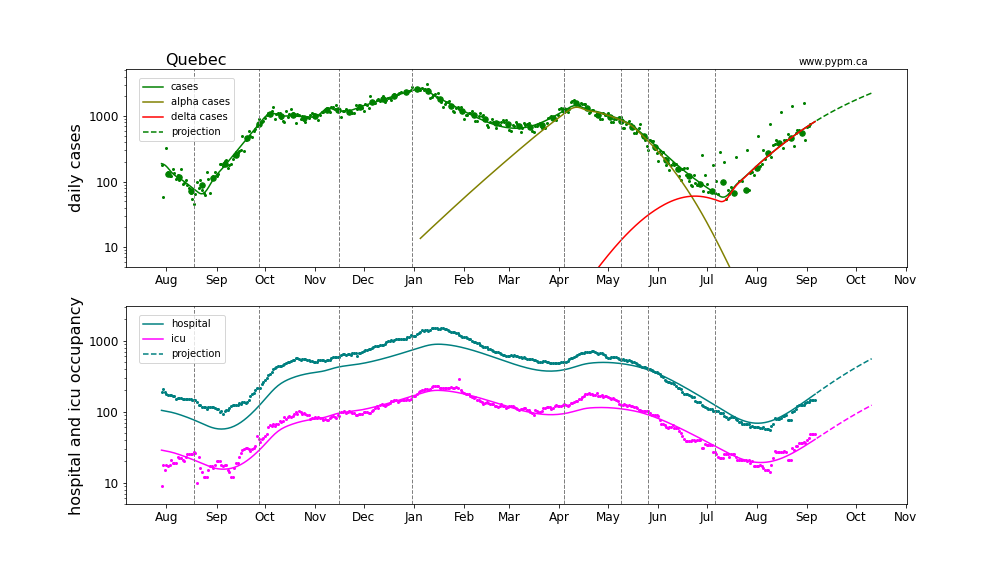 The following plots overlay the model update results released from the Alberta Government on September 3. The three scenarios are shown by orange lines. Underlying these (and the pypm projections) are that current behavior continues forward. It is not clear what would cause the rapid decline in the growth rate (from 5%/day to 0%/day over a period of a few weeks) seen in the Alberta Government forecast. 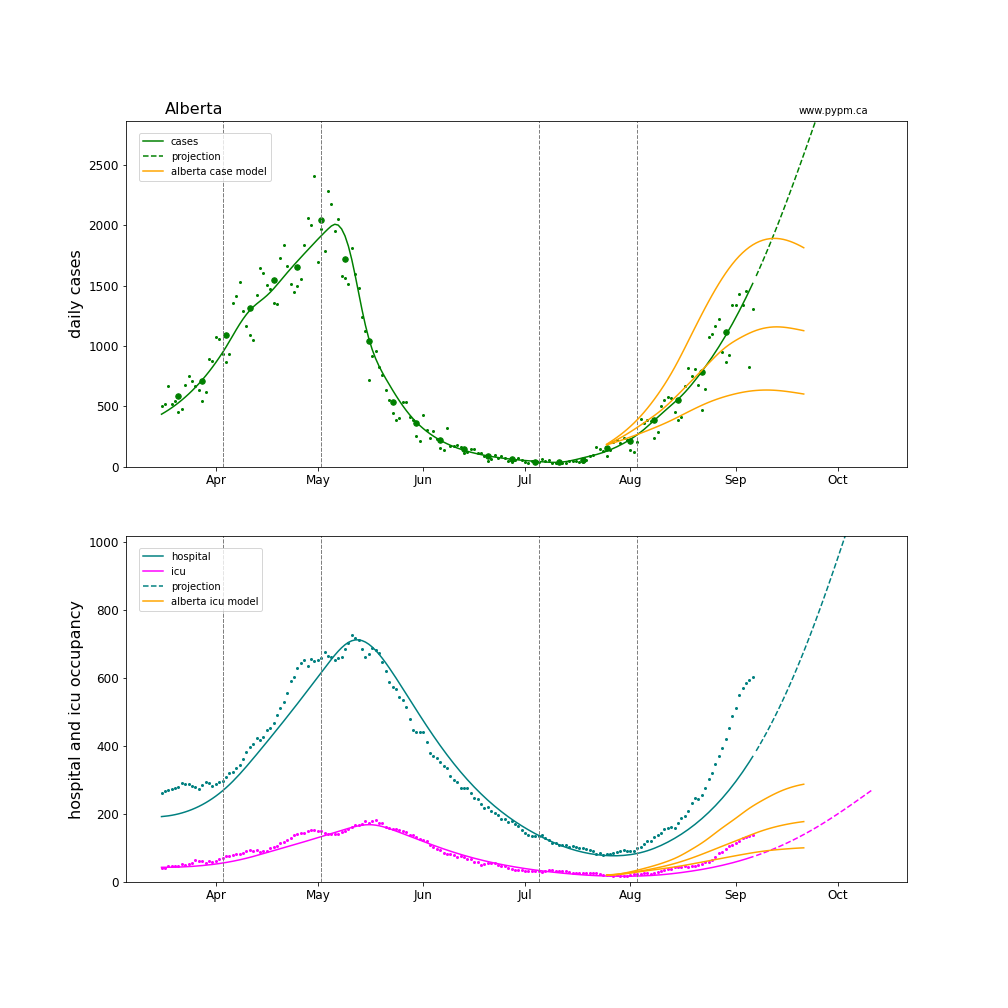 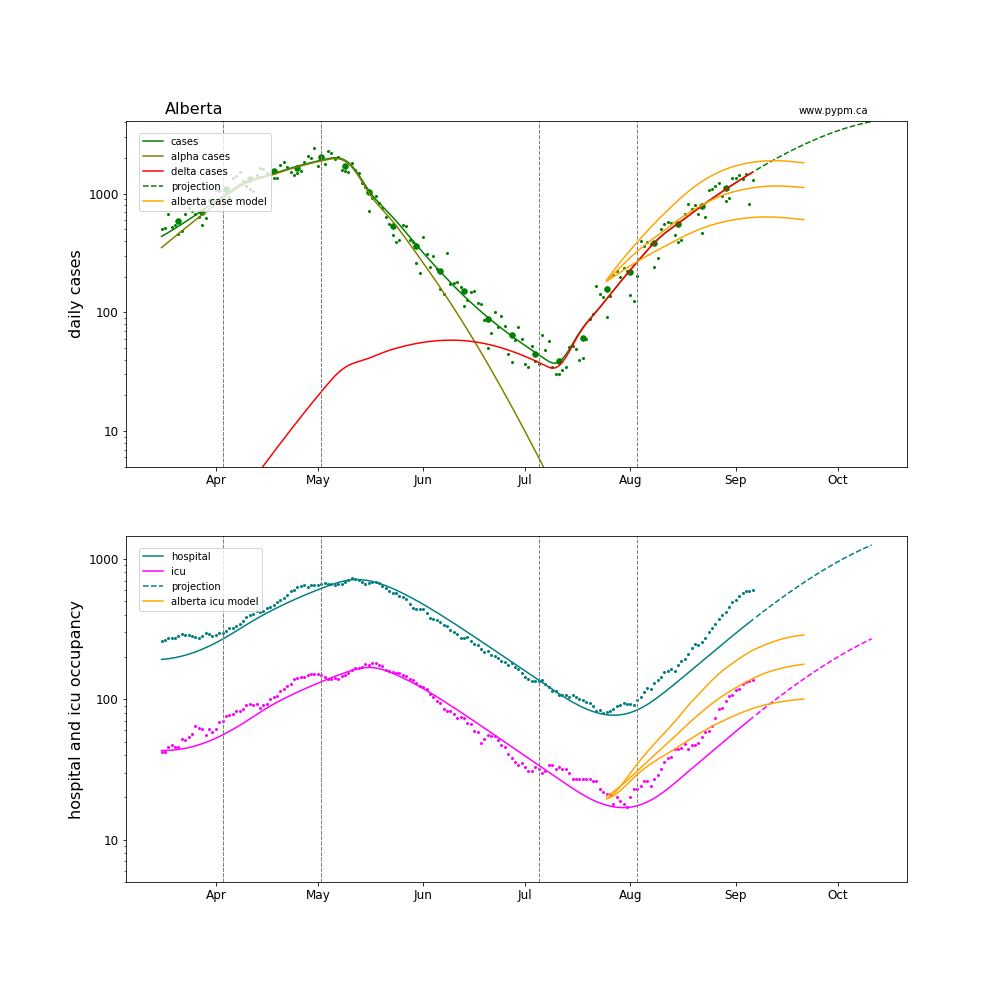