All of the large provinces are currently experiencing rapid growth in cases. In the case of Manitoba, the transition to rapid growth is very recent and as a result there is a great deal of uncertainty in the current growth rate.

European nations have experienced similar transitions to rapid growth due to delta and several have been able to reduce or turn the growth around. The rapid growth was also seen in all US states, and the growth has continued for a longer period of time, with signs of slowing growth coming only recently in some states. Model fits to EU and US states can be found here. 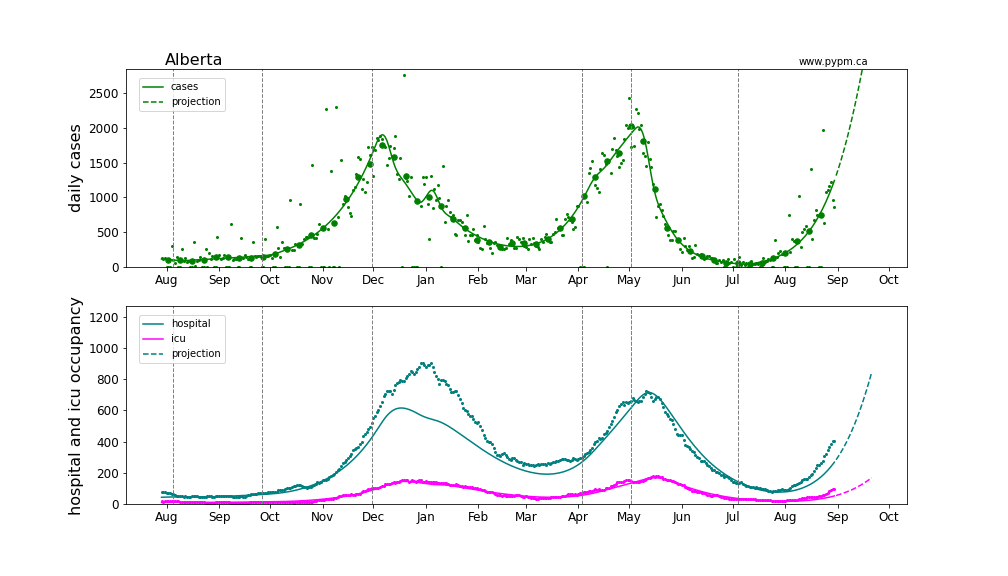 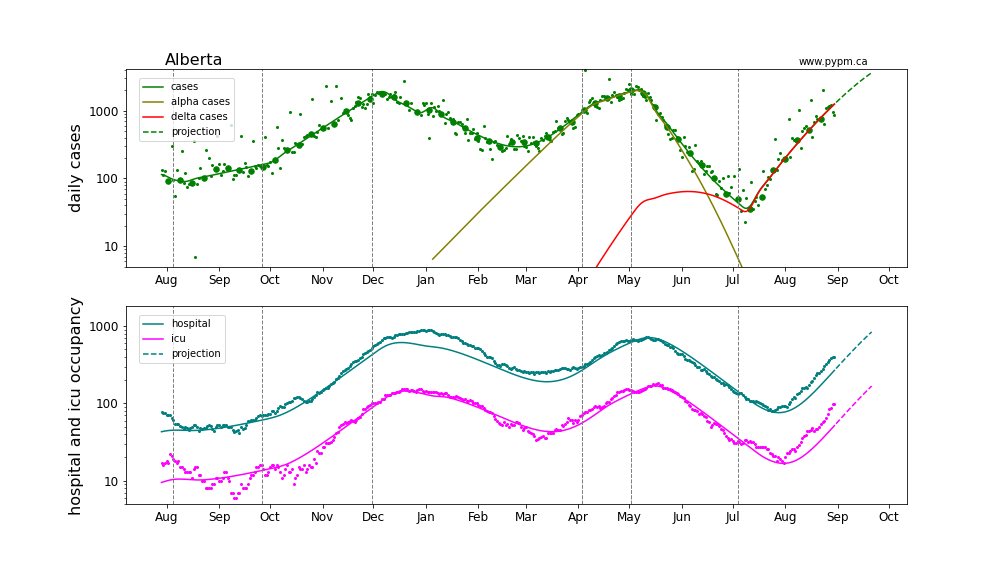 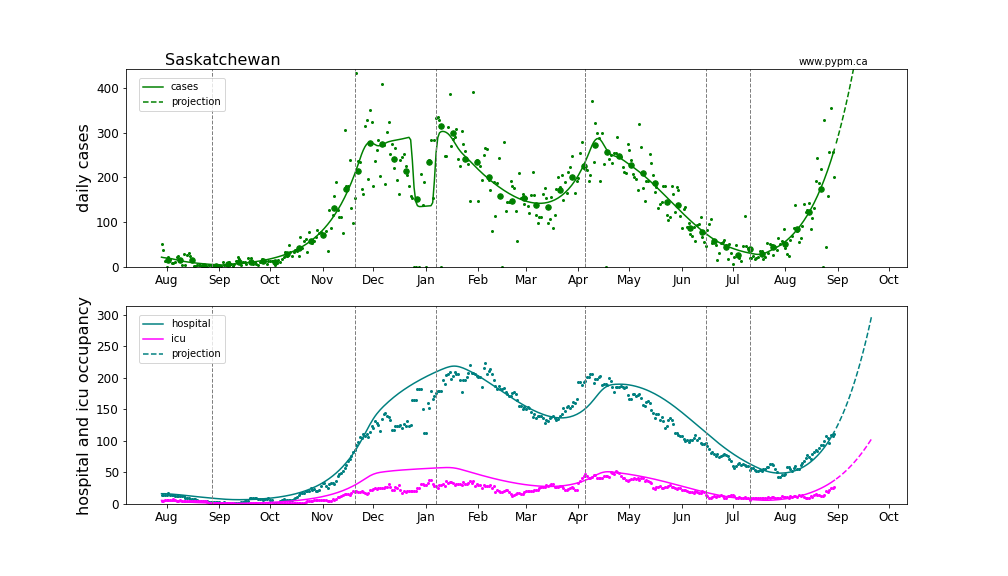 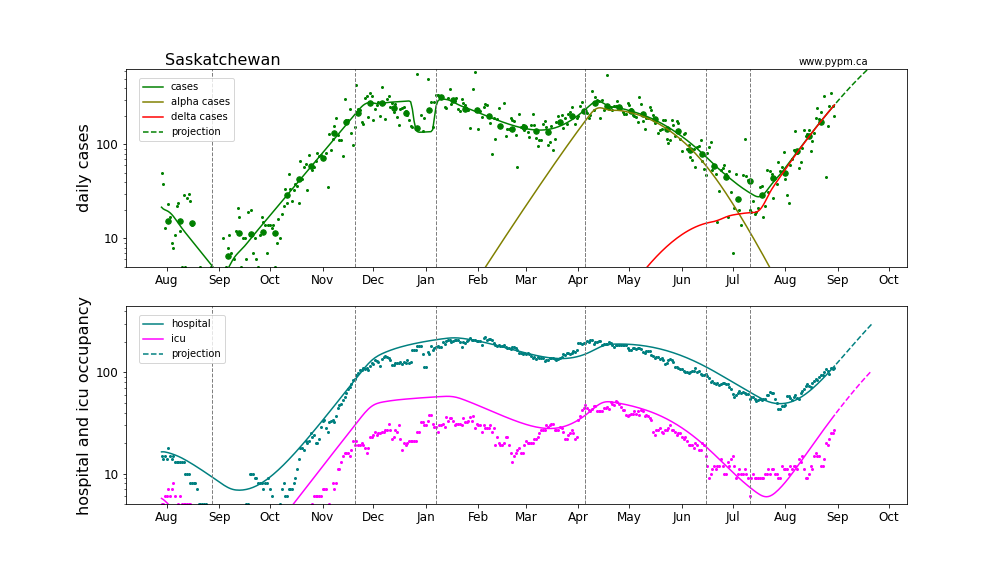 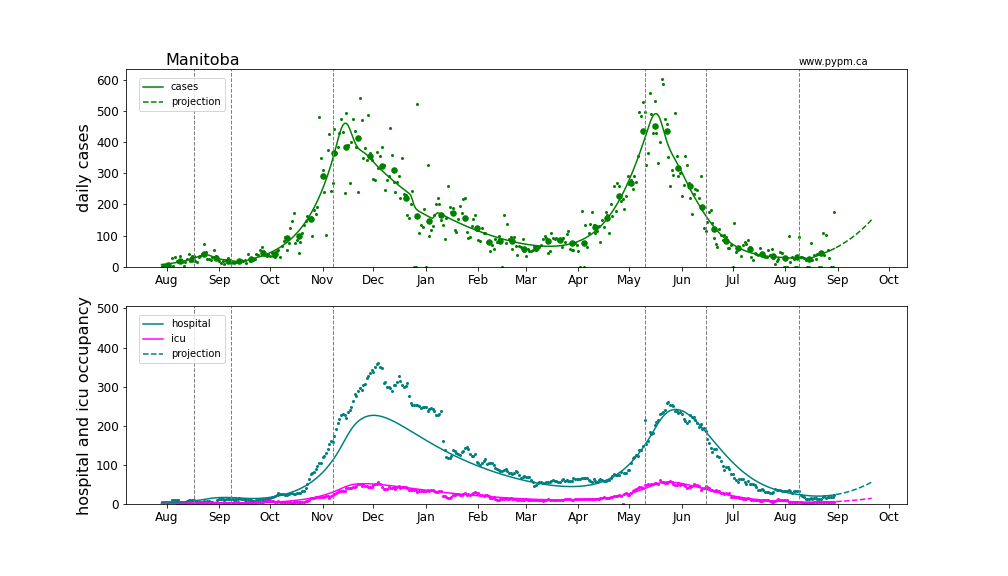 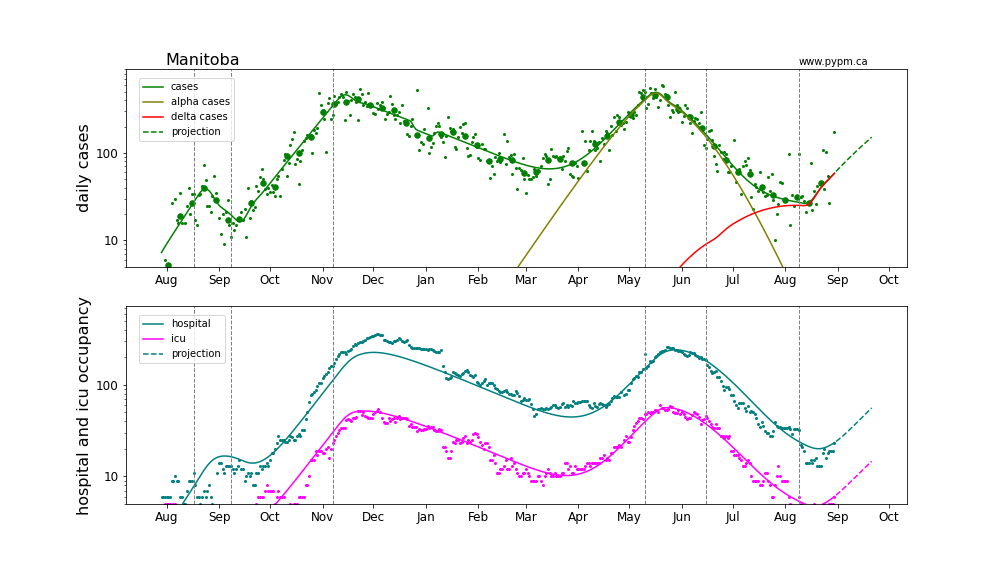 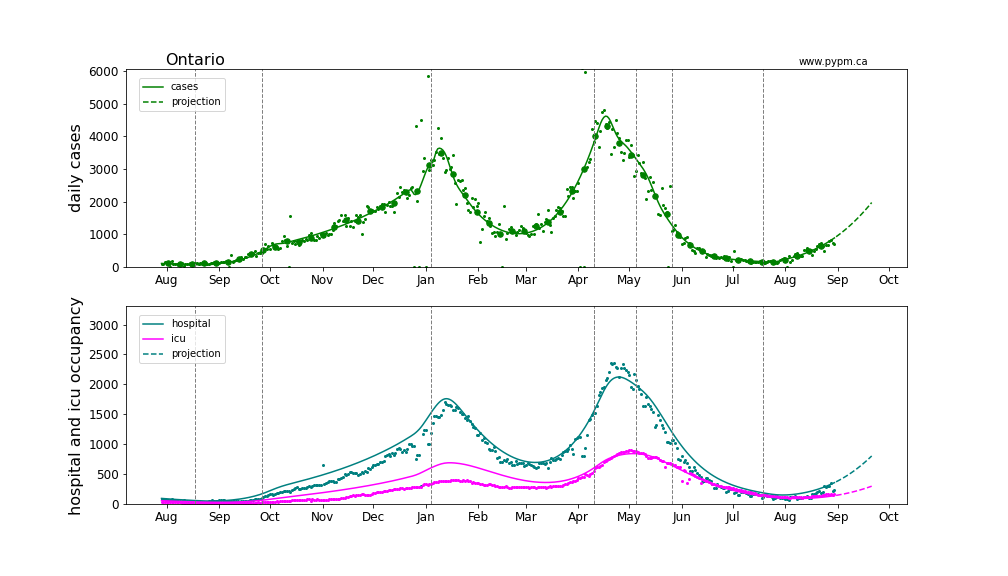 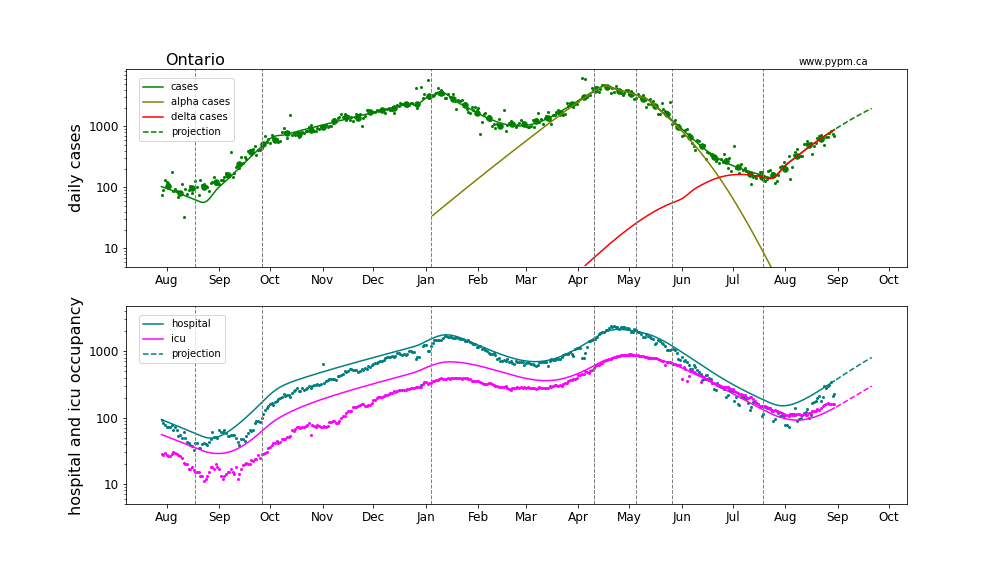 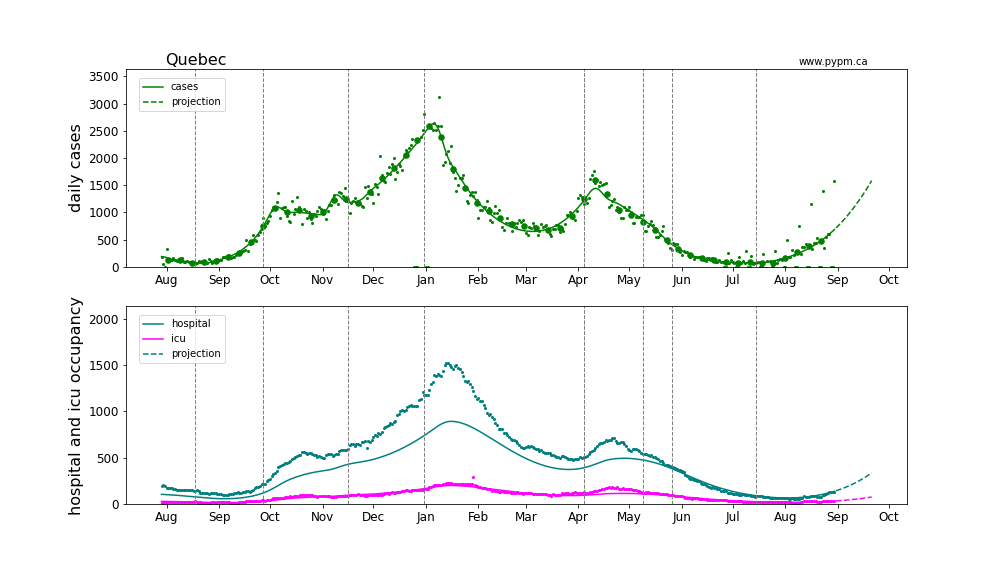 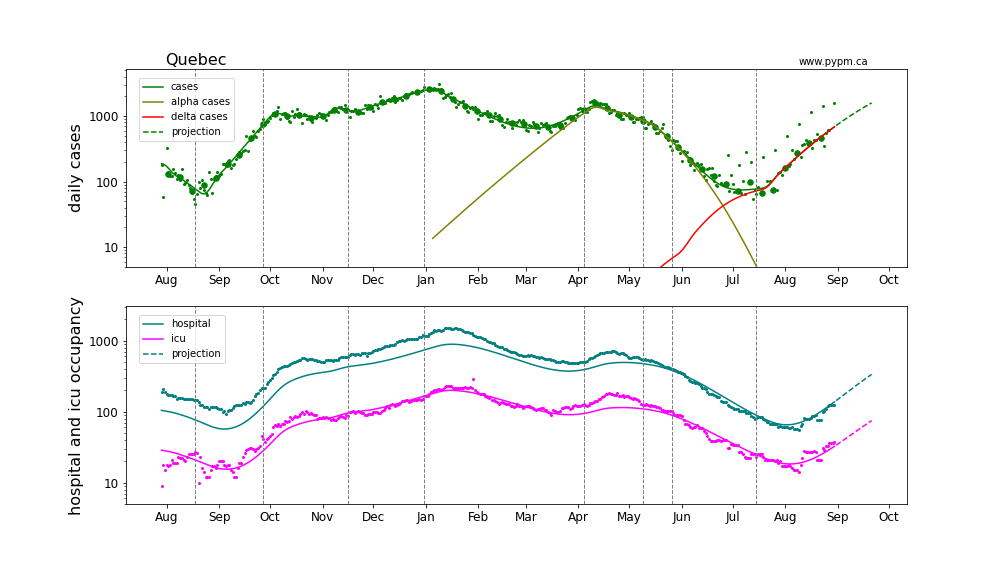