The plots below show the case and death data for 29 EU nations. The data fits were done using data up until September 25, 2021. 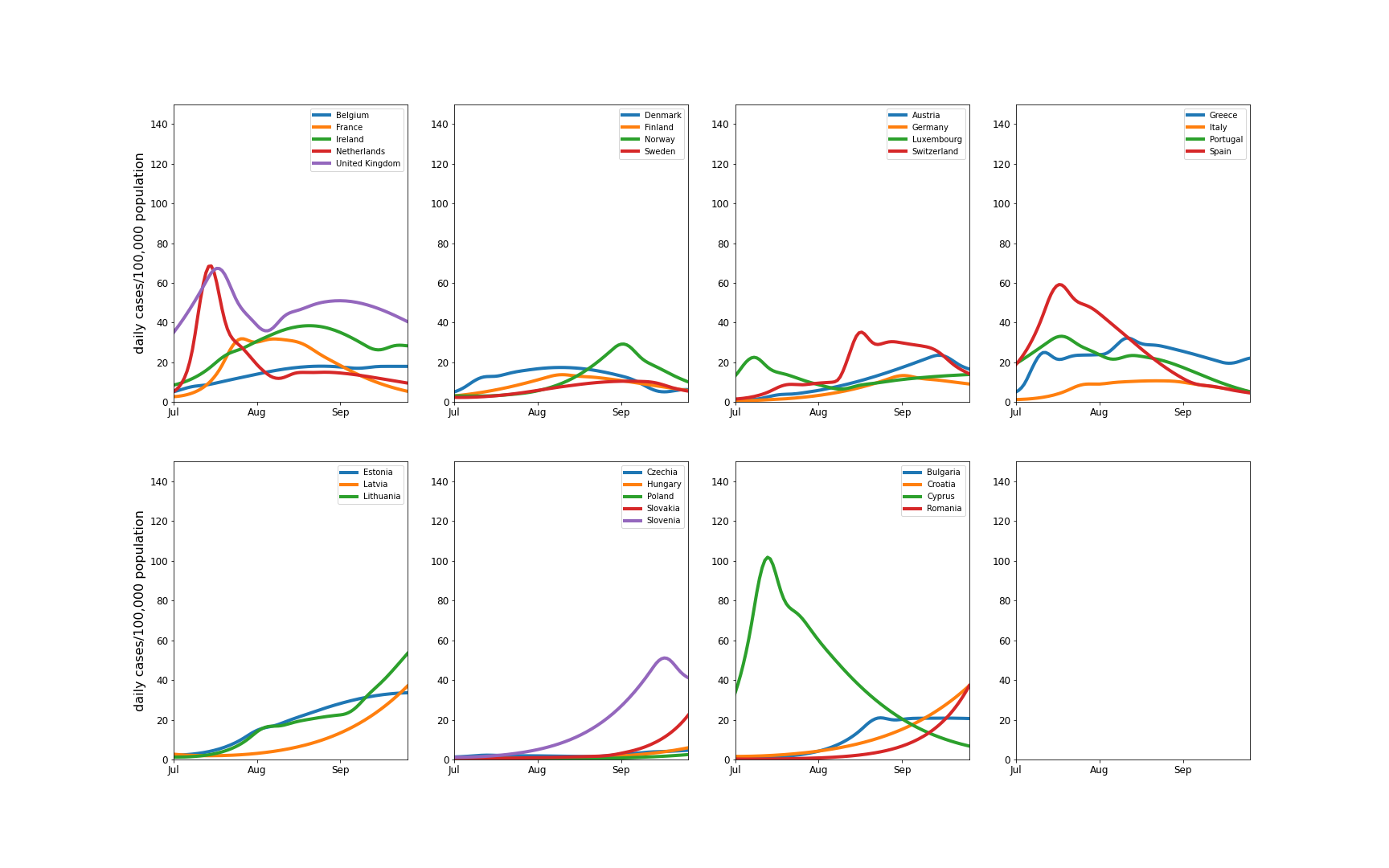