COVID-19 daily case, death, and hospitalization data broken down by age group is available from California. The following shows graphs of daily cases, hospitalizations, and deaths, for different age groups, compared with model fits that estimate the injection trajectory from case data alone. The first transition date is fixed to the day found from a fit to state-wide data. The other transition dates were fit for each age group.

This study is used as the basis for heterogenous model studies, including vaccination. In order to match the best estimate for the ratio of un-reported/reported cases for the US (about 2), the parameter that specifies the fraction symptomatic people that have a positive test result is reduced from 0.8 (default) to 0.6. The figures below include the predicted number of newly infected individuals.

This group had the largest growth rate (about 3.6% per day) following relaxation of social distancing rules. The other groups grew at about 3.2% per day. The growth phase for this group lasted 58 days compared to 51 for the next older age group. Combining these factors, the overall growth in this group was 56% larger than the growth in the next older age group for the growth period following relaxation.

The tables below are results from the fits to reference model 2.5.

The mean delay between symptom onset and hospitalization is fit with the results shown below. The delay sigma is fixed at 3 days.

Death fraction and time to death

The death delay sigma is fixed at 10 days in the fits. 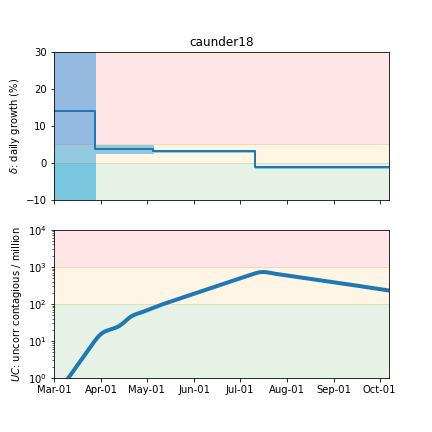 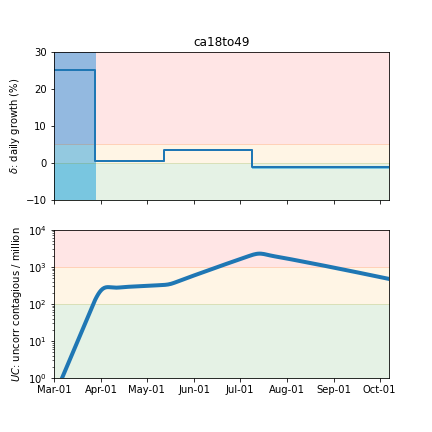 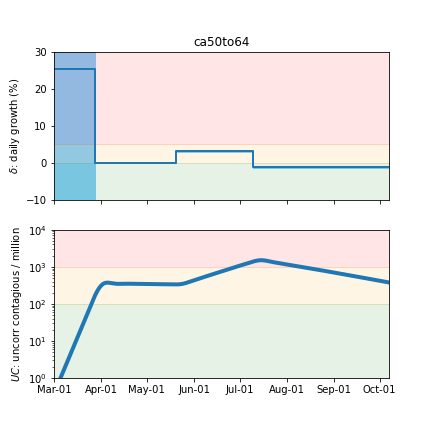 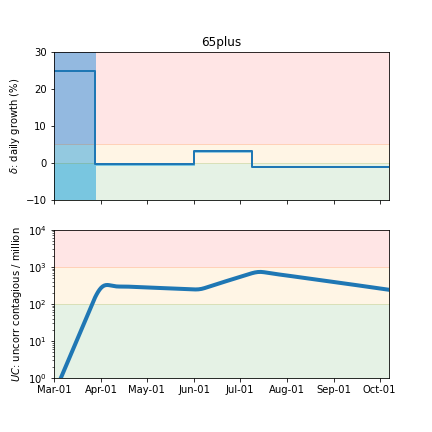