December 6, 2021 Analysis of BC regional data

While the general tendency of a slow decline in daily growth rate continues, the fits indicate a few recent transitions to a higher growth rate, and 2 outbreaks in Fraser and 2 on Vancouver Island. These outbreaks are included in the overall BC fit.

The recent case history for all health authorities are compared below. 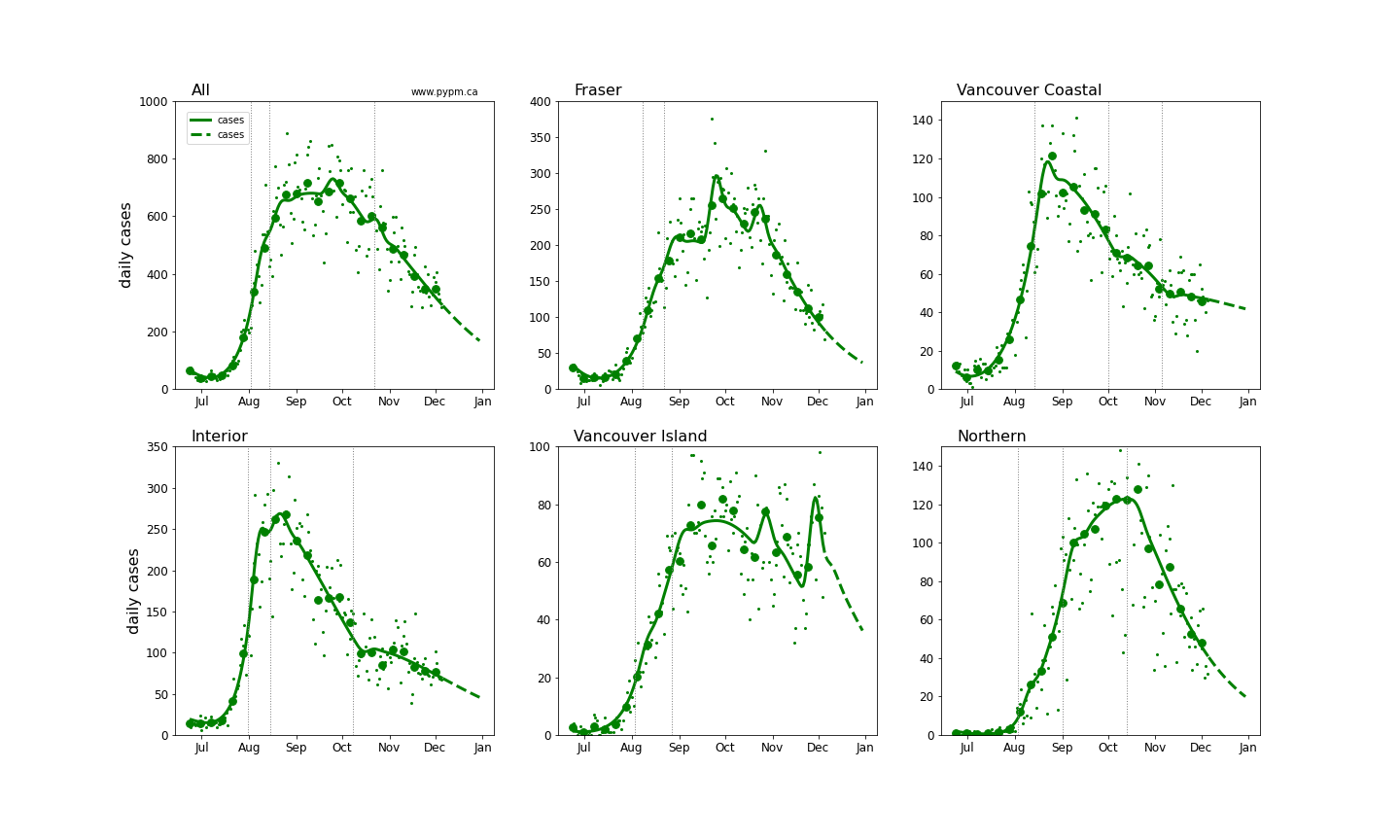 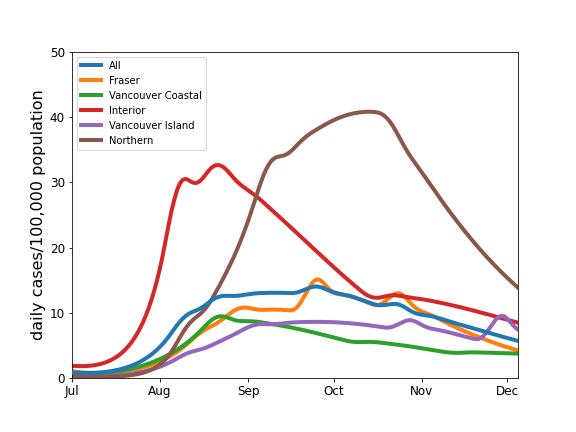 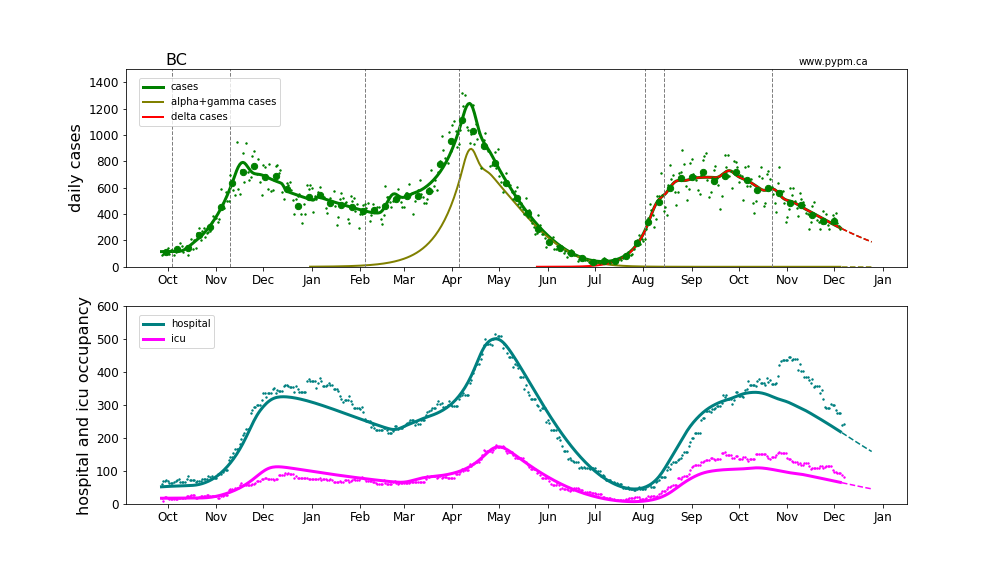 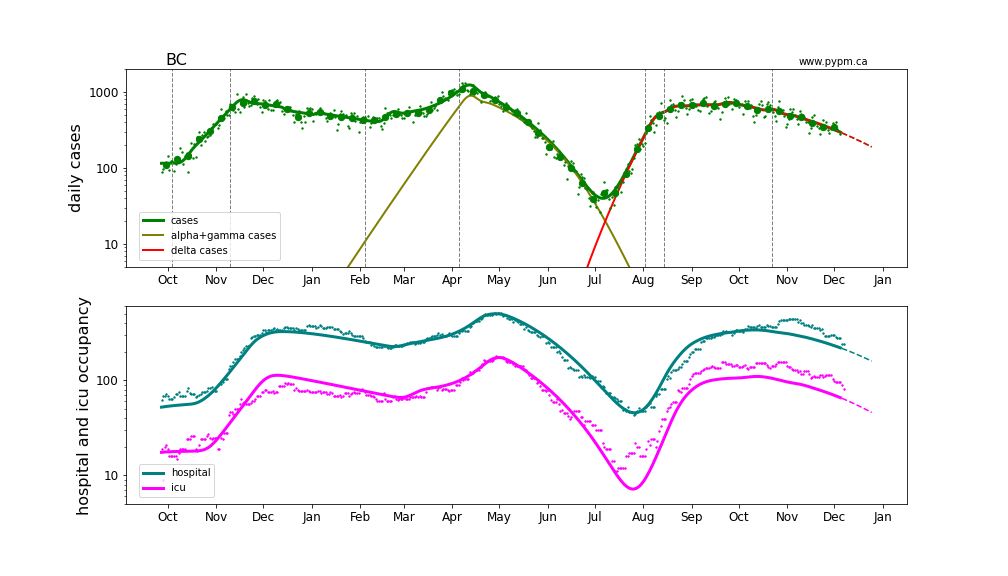 The Omicron variant appears to have a significant growth advantage compared to the various delta strains. The growth rate in a jurisdiction with high vaccination levels and moderate NPI. The figures below illustrate possible scenarios for growth: 7% per day and 17% per day.