While the general tendency of a slow decline in daily growth rate continues, the fits indicate a few recent transitions to a higher growth rate, and 2 outbreaks in Fraser and 1 on Vancouver Island. These outbreaks are included in the overall BC fit.

The Northern HA has seen a dramatic reduction in transmission rate. The model fit the date for the transition to be October 16, consistent with the date that new measures were brought into force for that region (Midnight, October 14).

The recent case history for all health authorities are compared below. 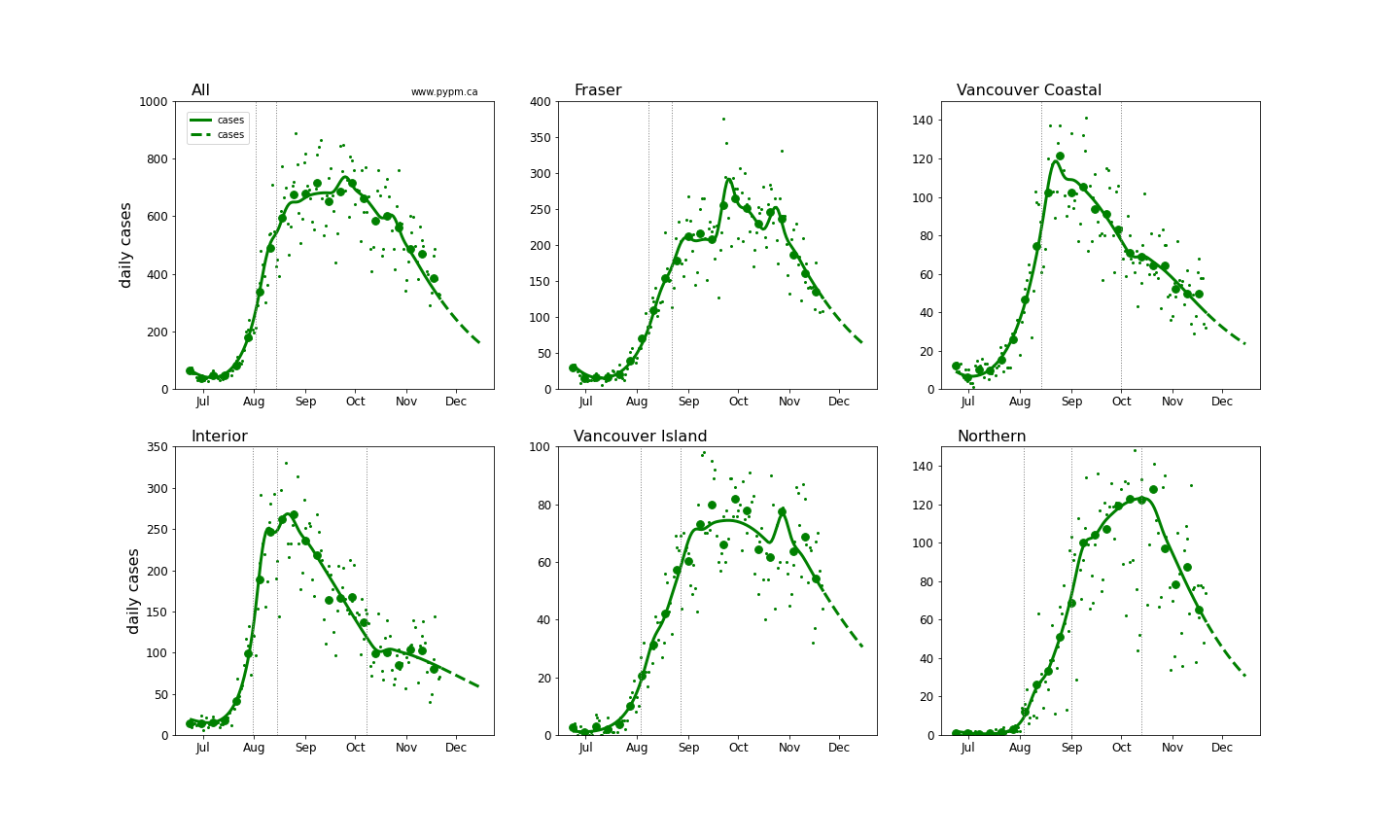 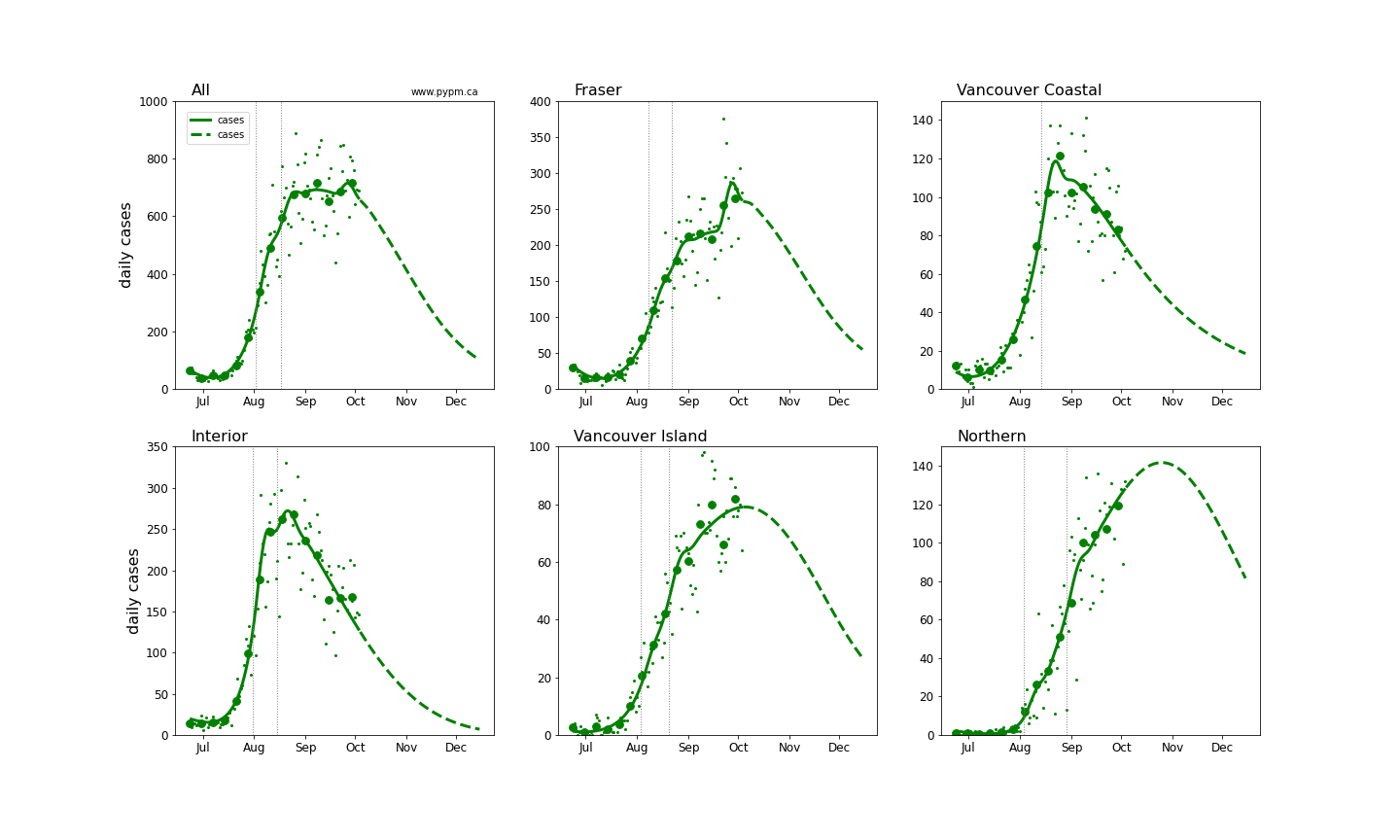 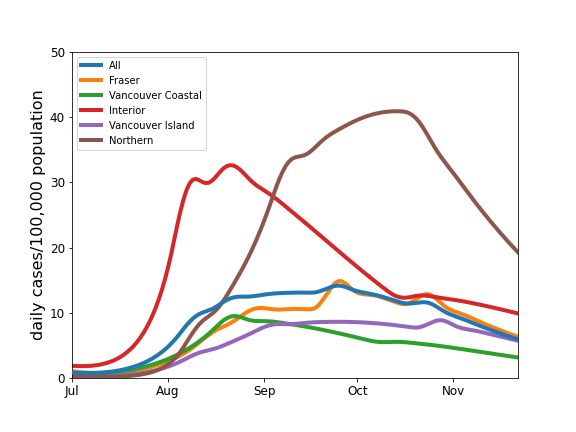 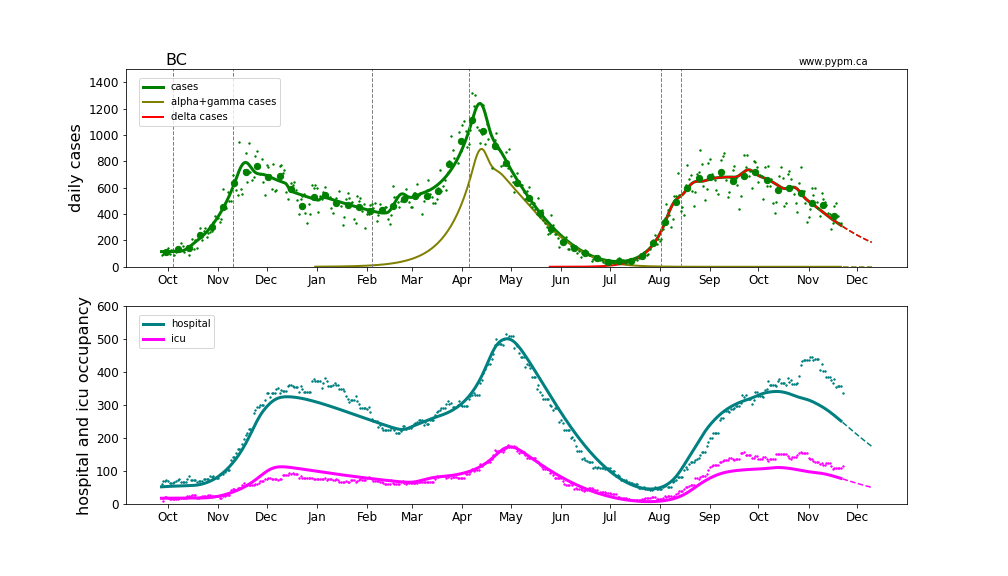 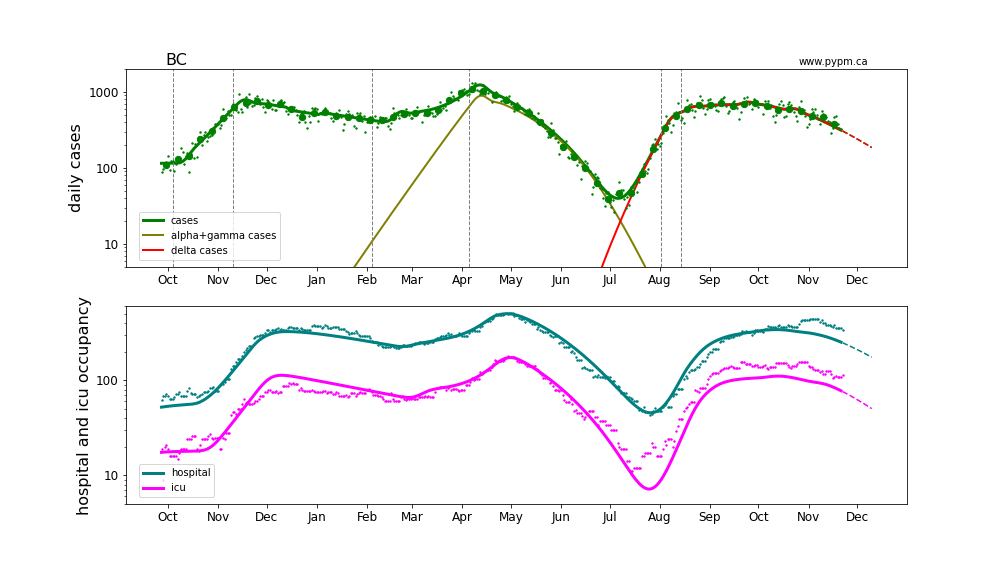