October 4, 2021 Analysis of BC regional data 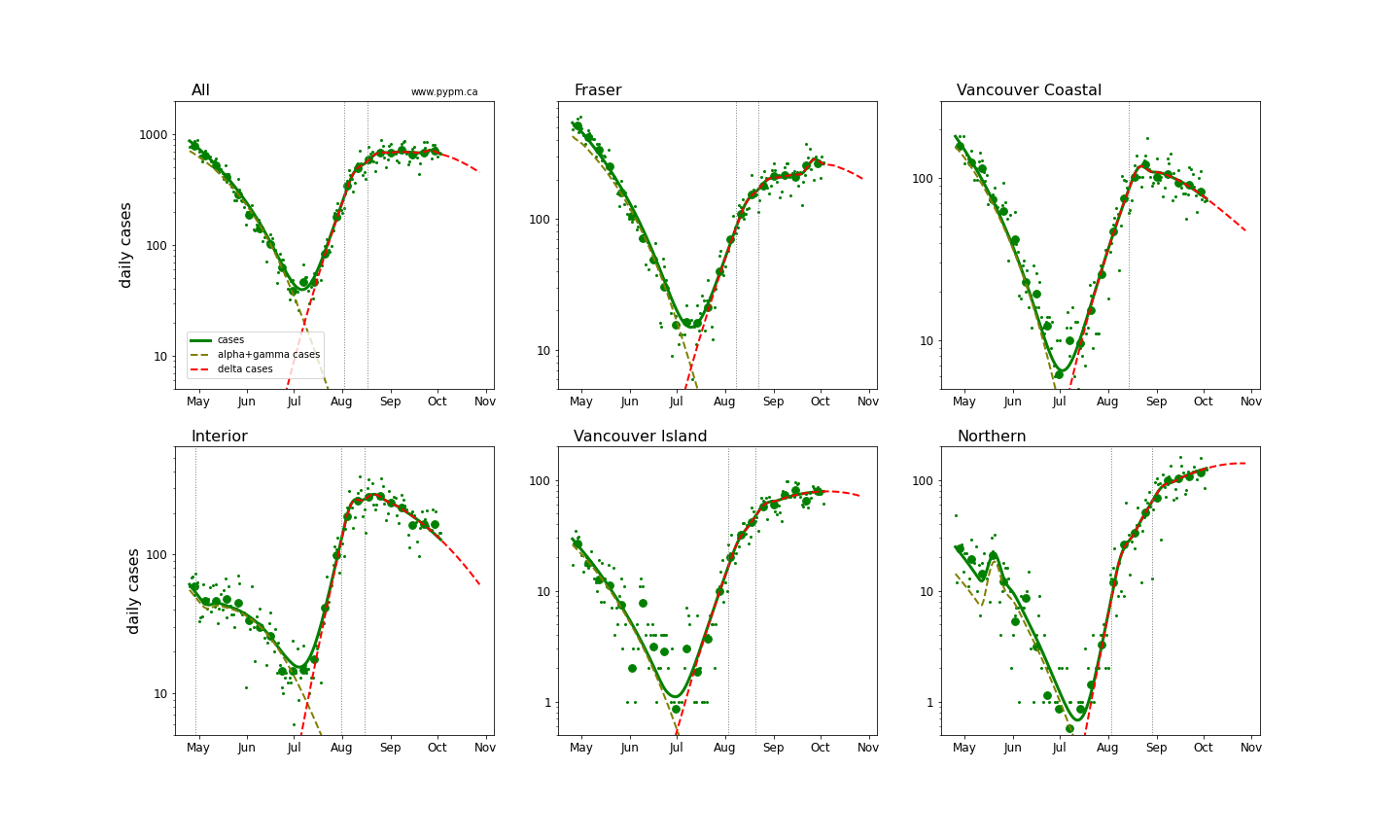 The animated figure below shows how the projections change from week to week as more data are collected. For the September 7 projection, large uncertainties on the growth rate were indicated, given the recent transition.

The plot below compares the daily cases as a proportion of HA population. Cases per capita in the Northern HA is similar to the levels in Alberta and Saskatchewan. 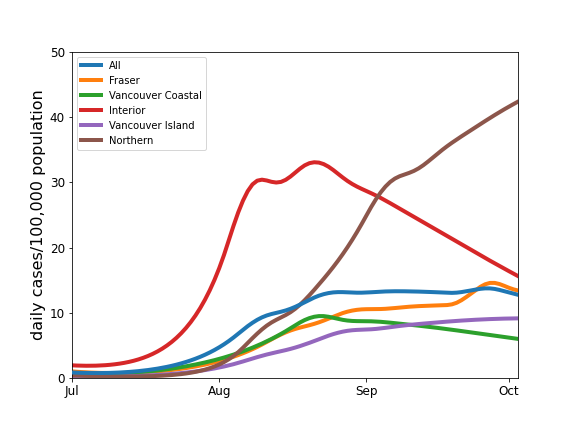 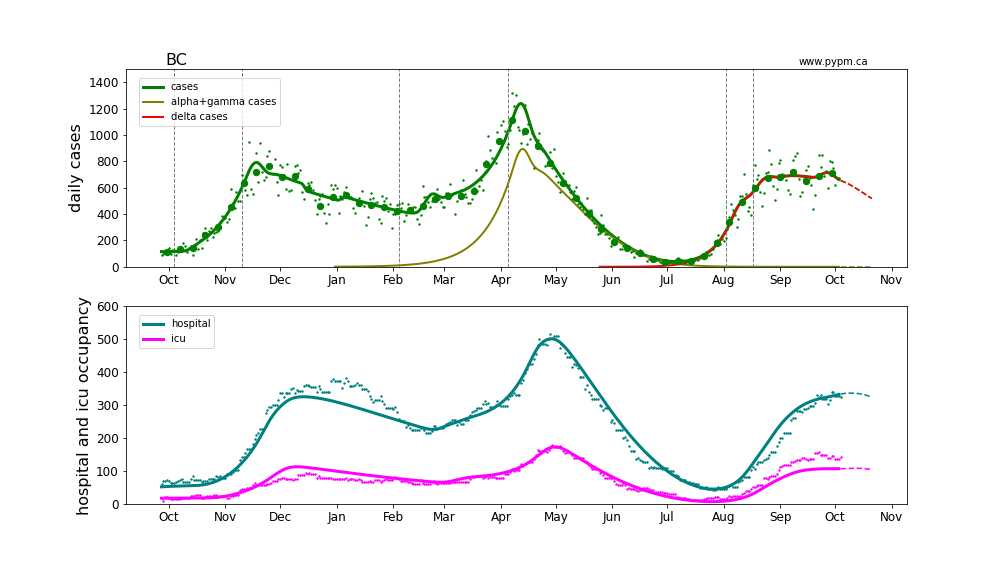 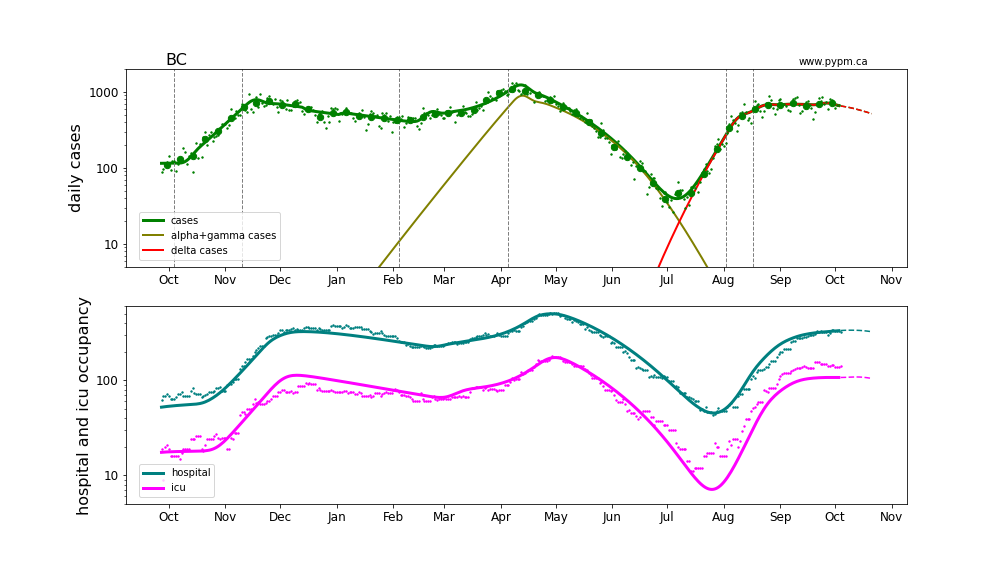