September 13, 2021 Analysis of BC regional data

The public health measures brought into force for the Interior Health Authority in late July have successfuly stopped the growth in daily cases. The growth rates in all regions have also reduced significantly, although daily cases in the Northern HA continue to grow at about 5% per day. 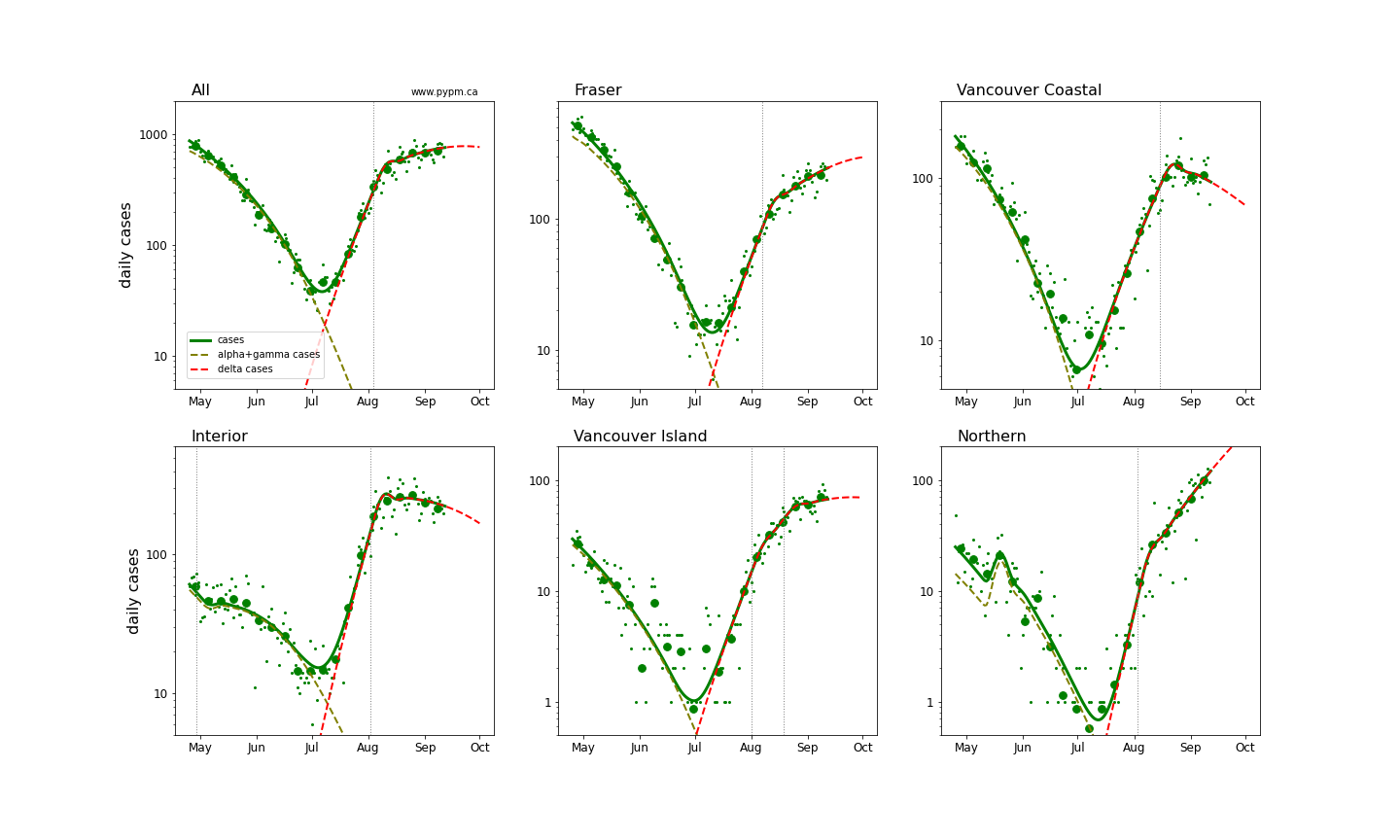 The table below indicates the growth rates (shown as percent per day) for each region for recent analyses. The trend to reduced growth rates is evident. Typical uncertainty (68% CL) is about 1%/day, but for recent estimates, the uncertainties are larger, so are included in the table.

The plot below compares the daily cases as a proportion of HA population. The Northern HA has a large and growing case prevalence. It is too early to see the effect of additional health measures enacted for NHA in early September. 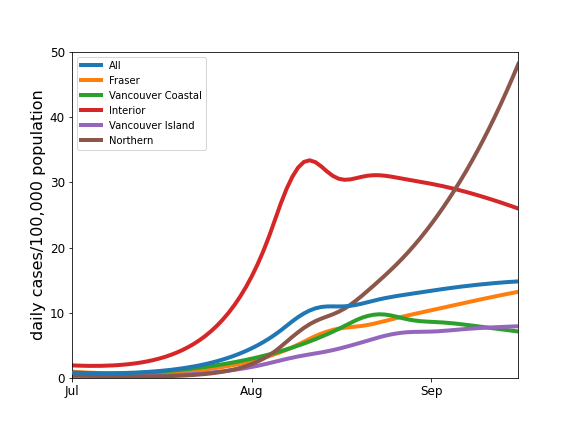 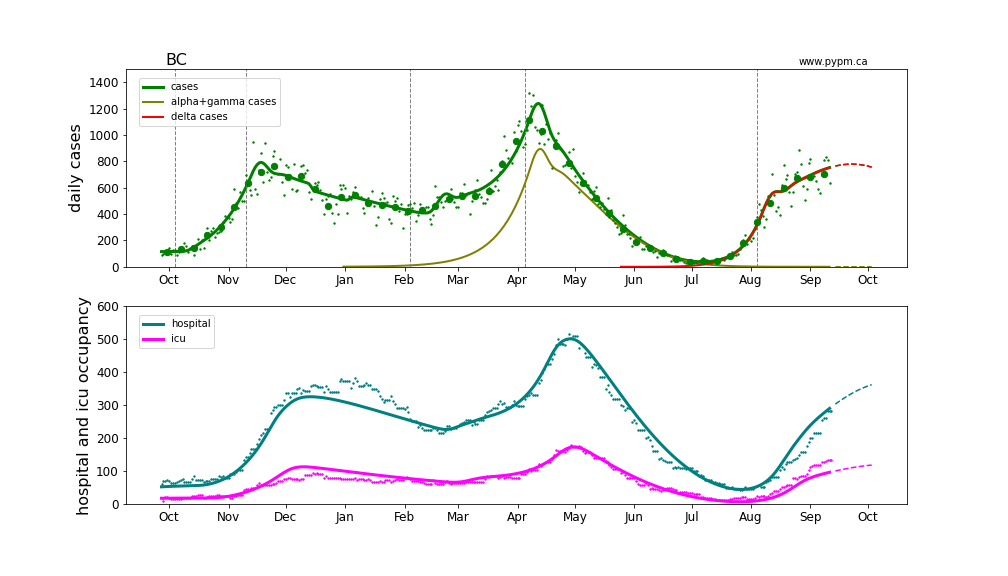 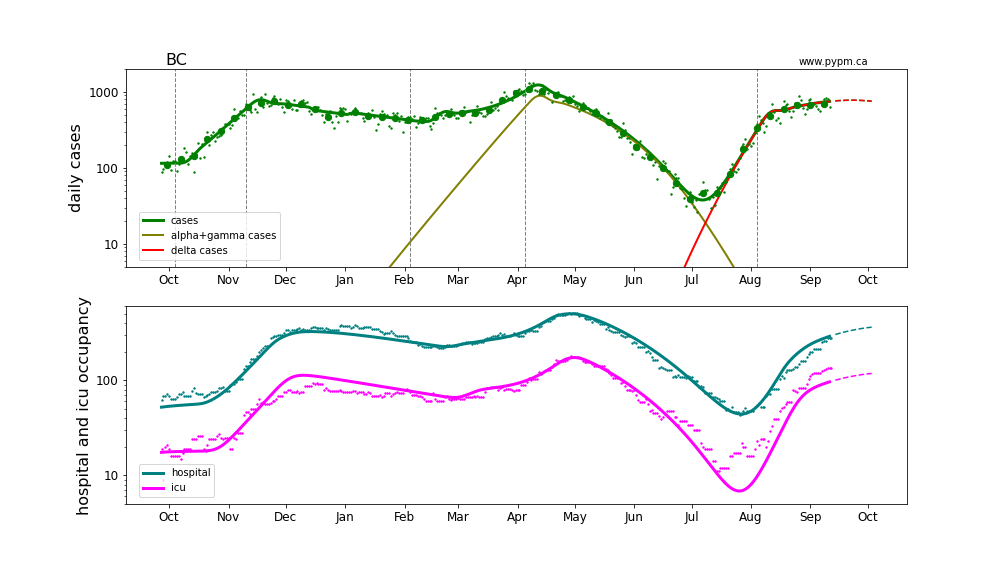