The public health measures brought into force for the Interior Health Authority in late July have successfuly reduced the growth rate to nearly zero. The growth rates in the other regions have also reduced significantly. The full effect of the province-wide mask mandate instituted in August 25 is not yet seen, given the time-lag from infection to reported case. As a result, we expect to see growth rates to decline further in the coming days. 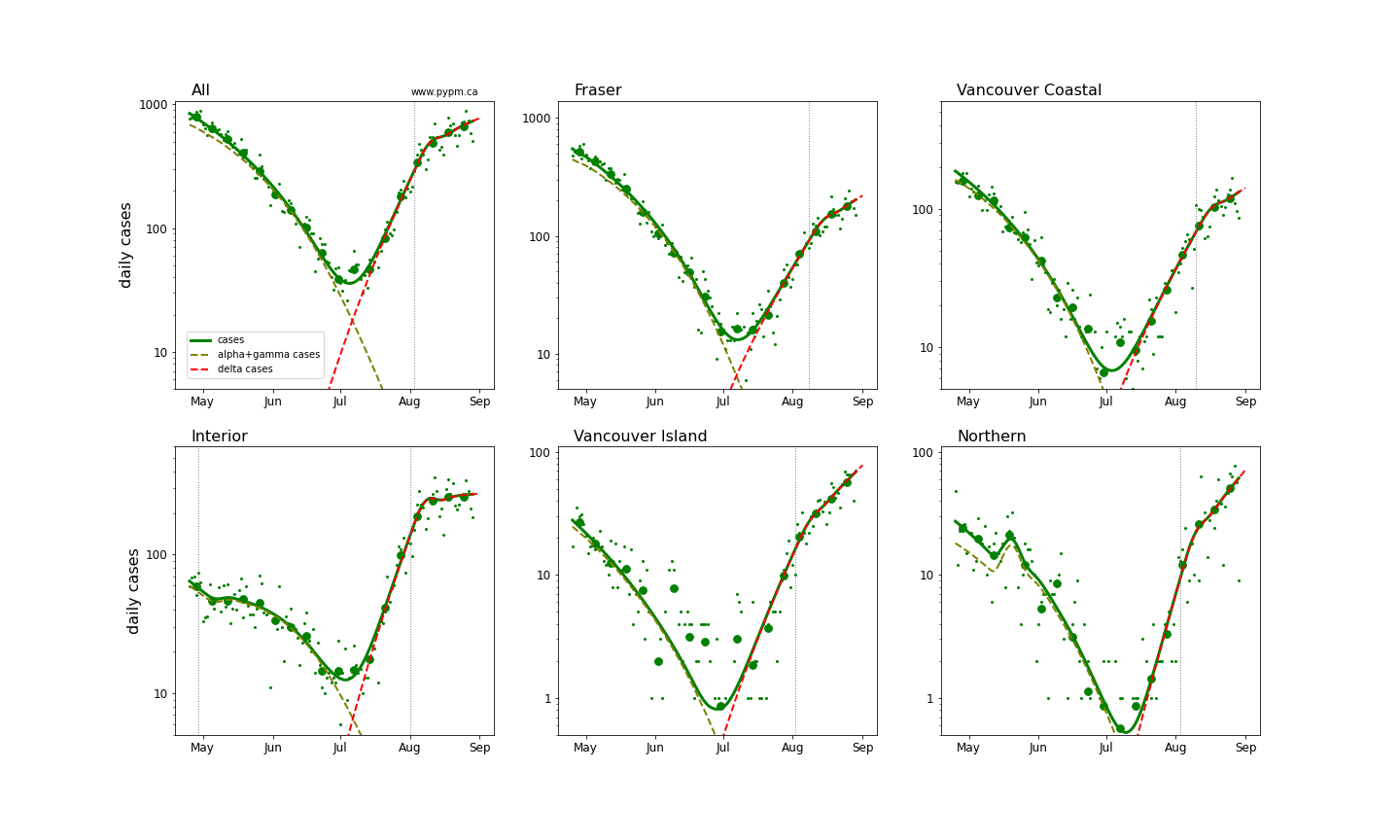 The animated gif image, shows how the model fits adjusted to new data as it came in over the past 5 weeks.

The growth rates were roughly consistent from week to week prior to this report, except for the significant reduction in Interior, which also affects the overall growth. The decline in growth rates is now apparent in all regoins. The low case rates in Northern and Vancouver Island HA leads to larger variance of the growth rate estimators. 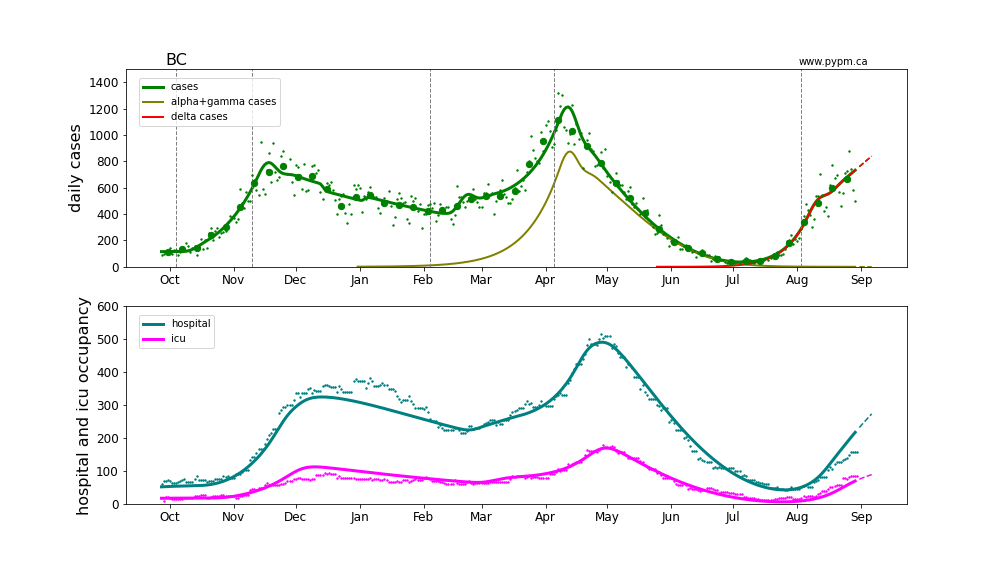 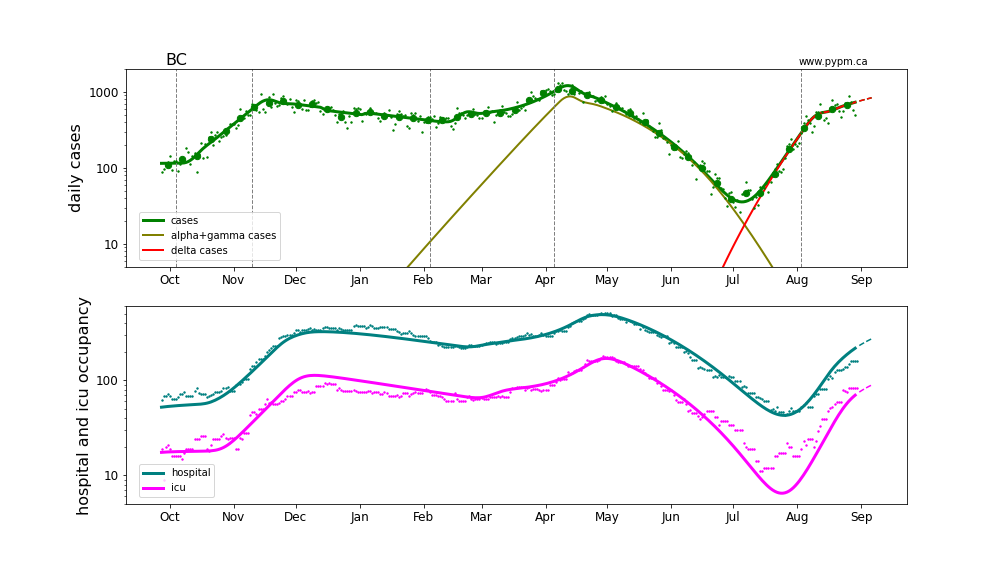