All health authorities are experiencing rapid growth in cases due to the delta variant.

A transition is included for the Interior, since there appears to be a slight reduction in growth rate recently, likely the result of additional health measures brought into force in late July. This is also apparent in the overall BC case history, so a transition is also included. The transition dates are found by optimizing goodness of fit.

The recent transition to rapid growth is seen more clearly in the plot below. 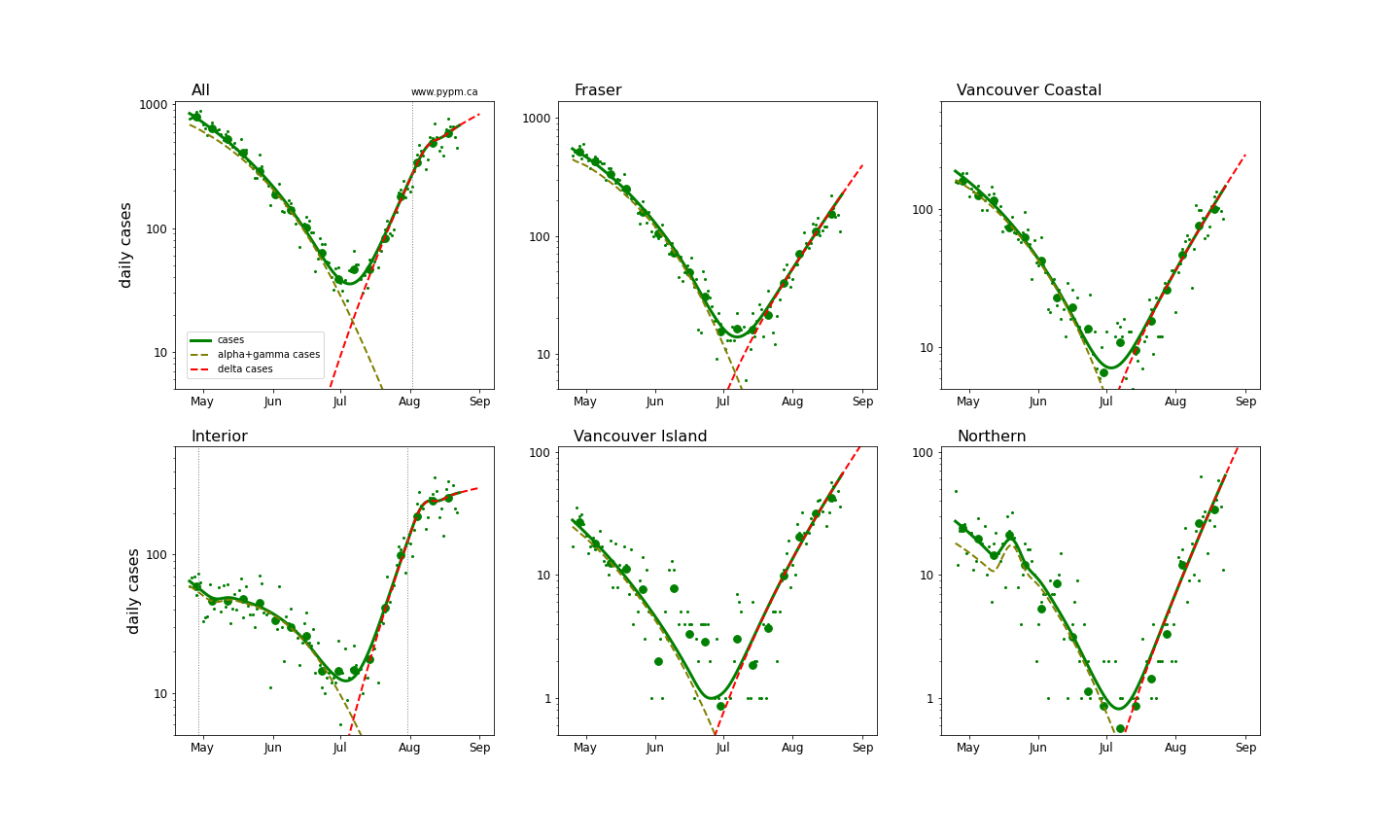 The growth rates are roughly consistent from week to week, except for the significant reduction in Interior, which also affects the overall growth. Growth appears to be sustained in the other regions. The low case rates in Northern and Vancouver Island HA leads to larger variance of the growth rate estimators.

If the growth continues in each HA, then the growth rate for the province will return to 7-8%/day once the other regions start to produce the most cases. With growing immunity, the model predicts decling growth rates of about 0.3%/day per week for constant transmission rates. 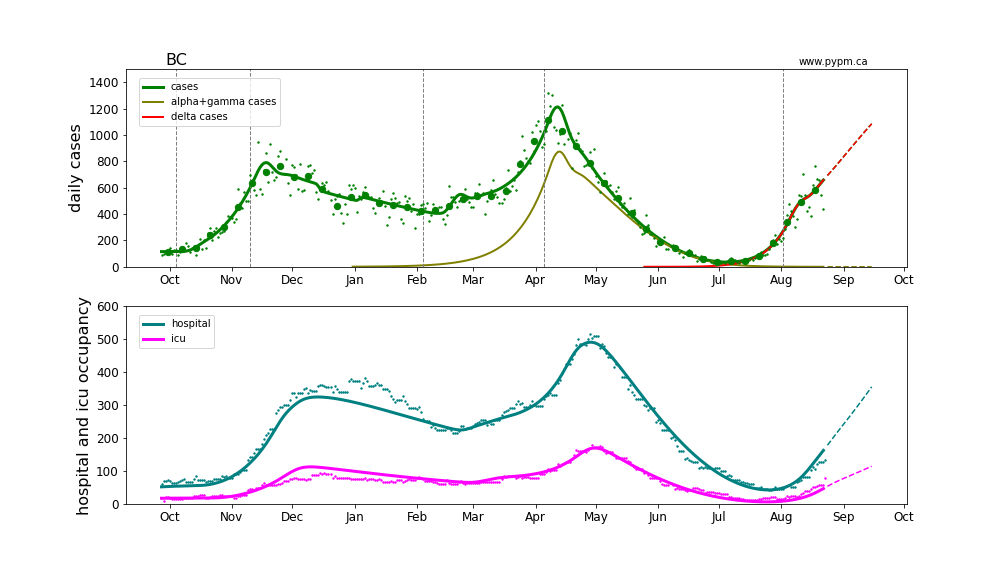 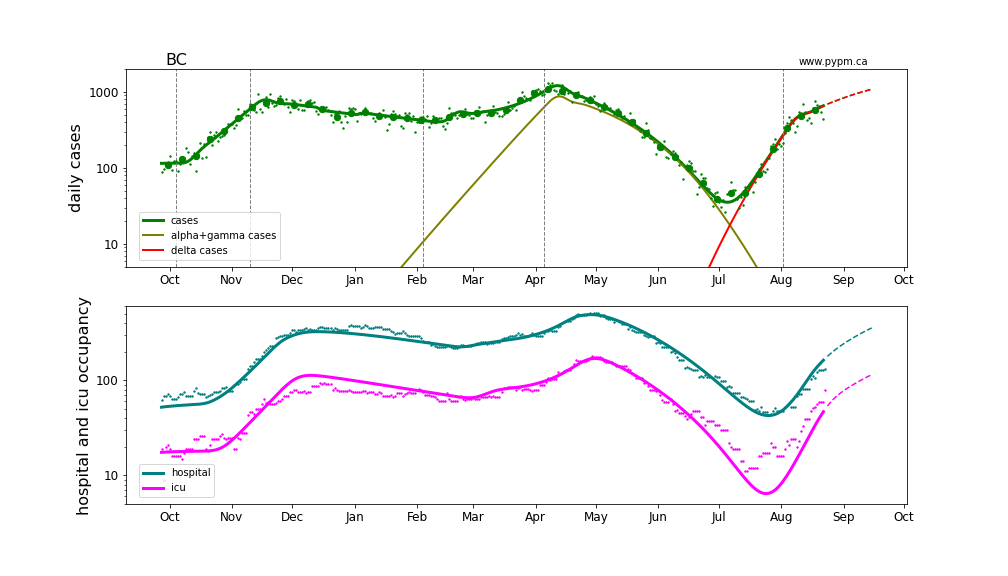