All health authorities are experiencing rapid growth in cases due to the delta variant.

A transition is included for the Interior, since there appears to be a slight reduction in growth rate recently, possibly the result of additional health measures brought into force in late July.

The recent transition to rapid growth is seen more clearly in the plot below. 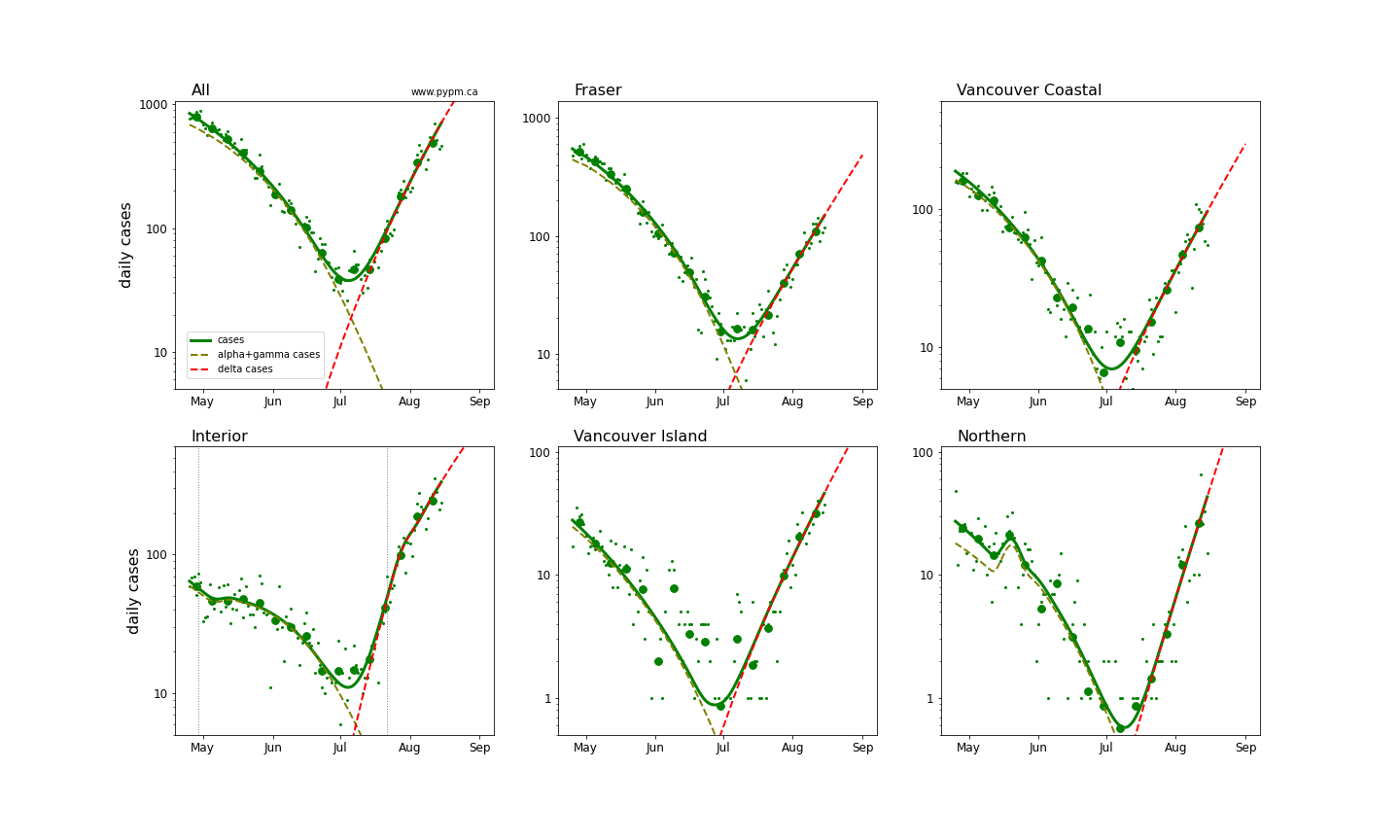 The growth rates are consistent from week to week, except for the reduction in Interior. Growth appears to be sustained in all regions. With growing immunity, the model predicts decling growth rates of about 0.3%/day per week. 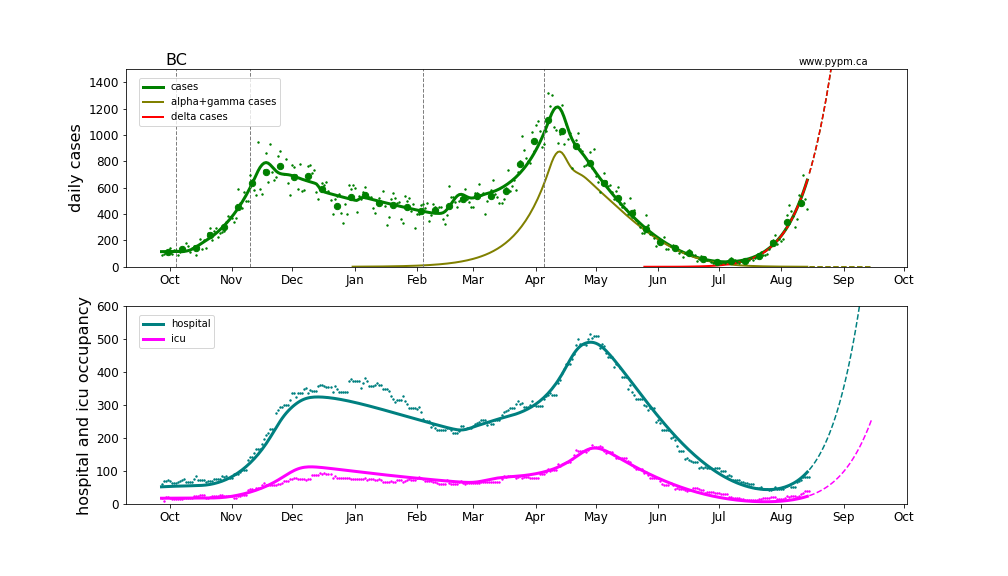 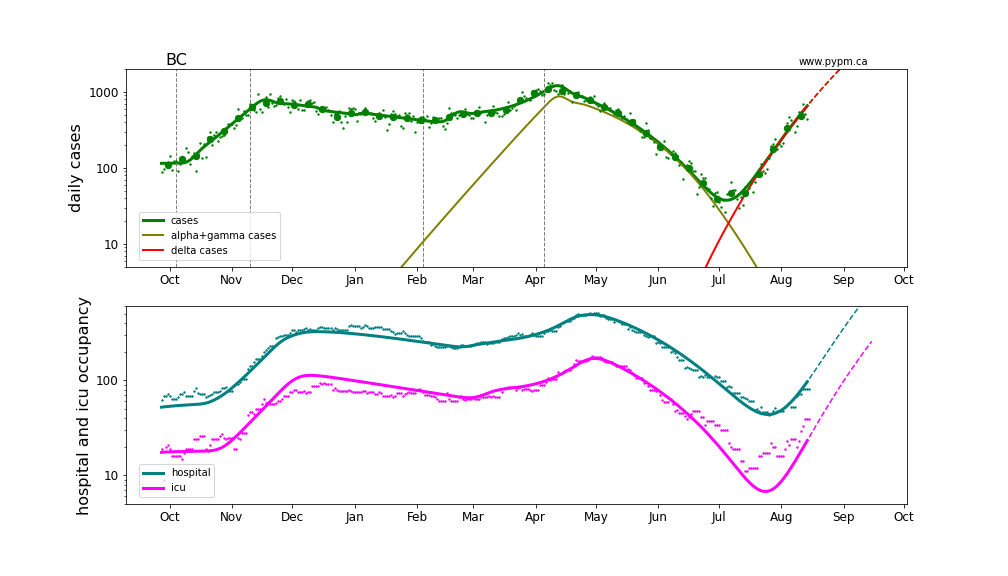 The following longer term projections were produced for the BC COVID-19 Modelling Group 8th report.

This shows the projection for the BC situation, assuming no change to current behaviour is made in the coming months. No capacity limits are imposed. These are therefore not forecasts, since one would expect measures would come into force before reaching capacity limits.

If transmission continued at present rate, daily cases would dwarf the previous record of April 2021. Infection rates eventually decline due to the herd effect.

In this scenario, hospital and ICU demands would exceed available capacity (including surge beds). 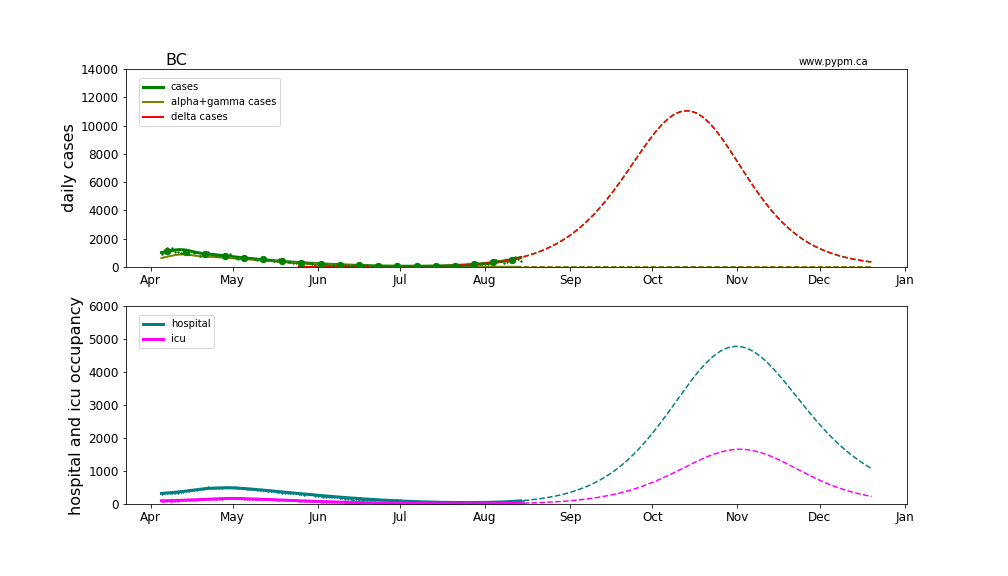 Rapid and broad expansion of vaccination

A very optimistic expansion of vaccination to 90% of total population is assumed. This is particularly difficult since vaccination of children under 12 is not yet approved. Even with rapid rollout (additional 20,000 first doses per day assumed), vaccine immunity grows slowly. On its own, it is insufficient to avoid a potential crisis. 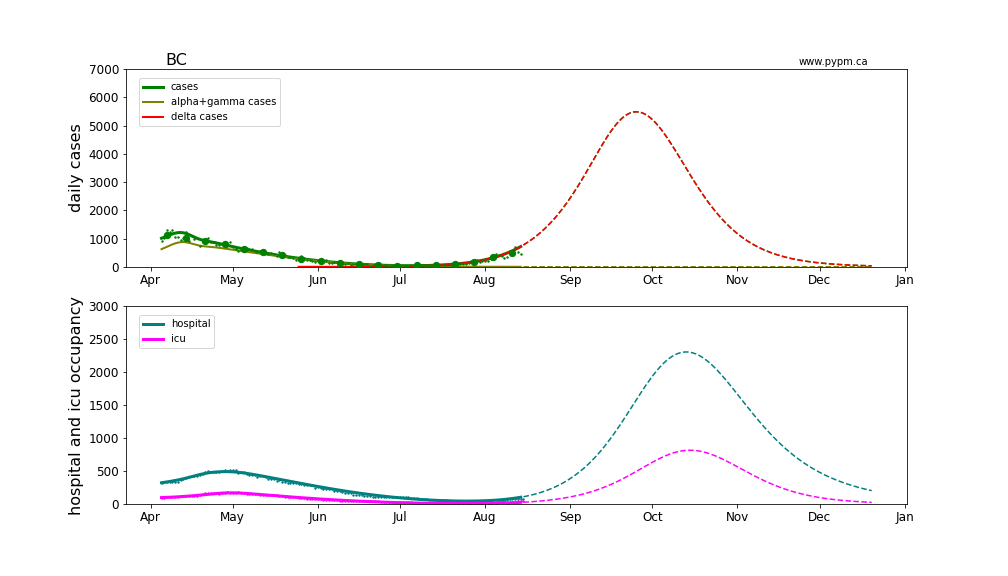 In this example, measures enacted August 23 week stop the growth of delta, while vaccine immunity builds. Measures are rescinded after six weeks.

While demands exceed previous levels, they are reduced compared to the vaccination only scenario. 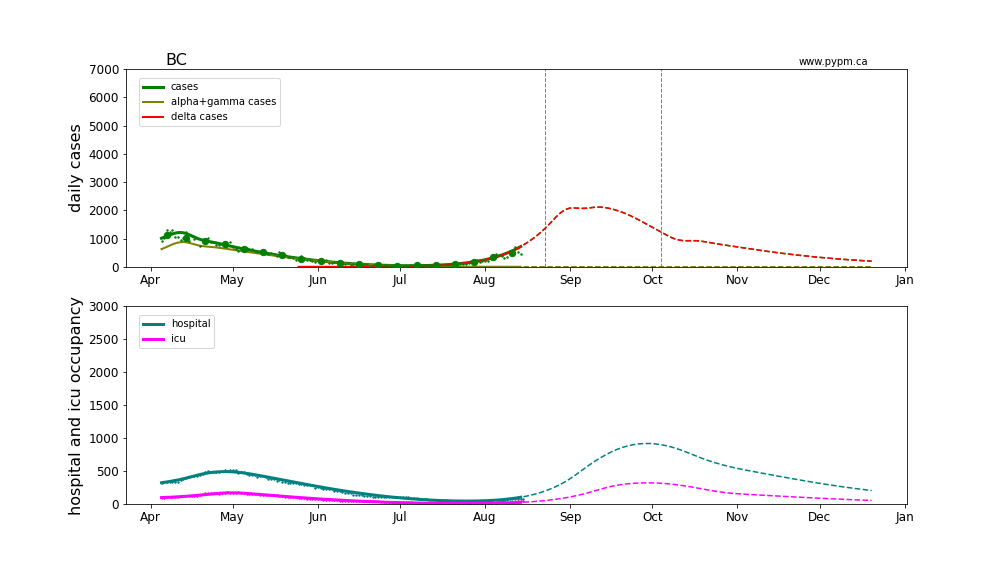