The growth advantage of Variants of Concern are measured by fitting genomic data, but there are issues with the current data source, so look at the May 28 BC study for the last genomic data fit.

The following shows graphs of daily cases on linear and log scale. Data only through June 13 were used to fit the model, but data up to July 1 were included in the plots. 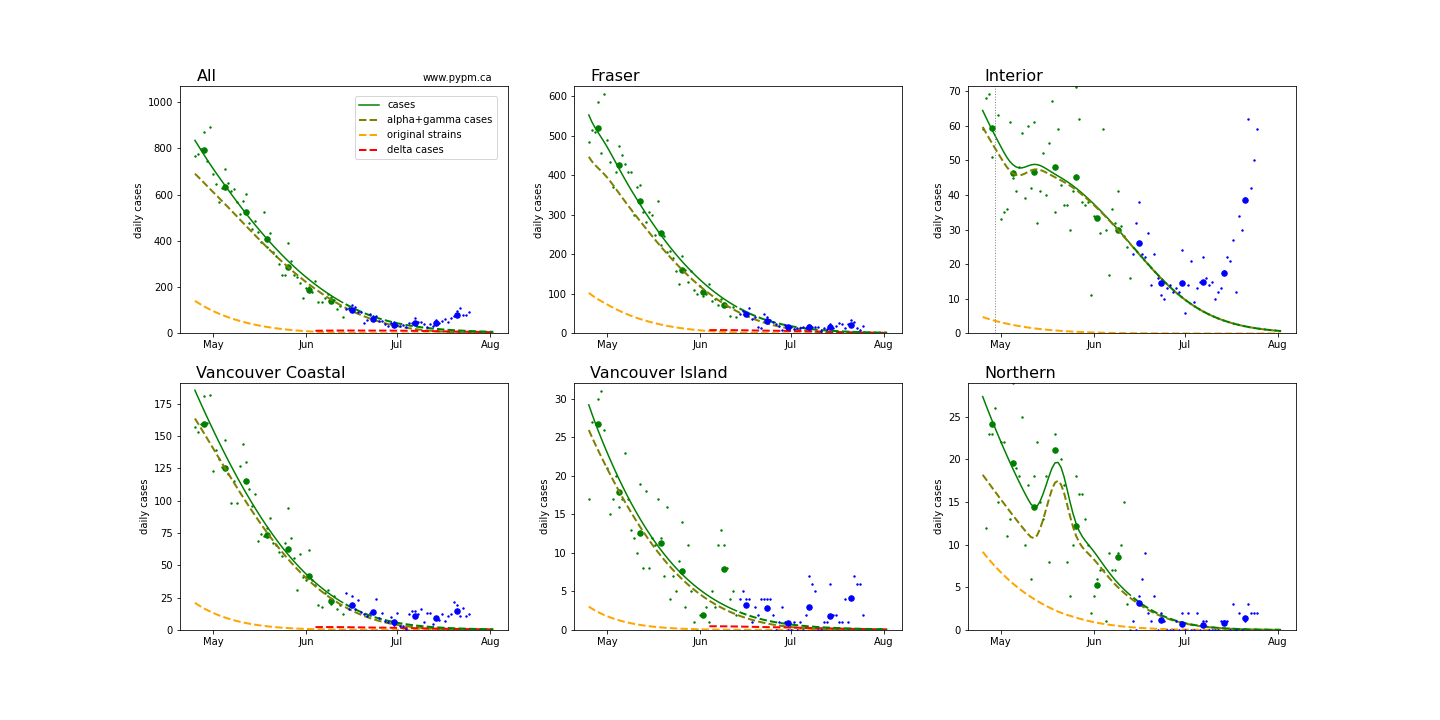 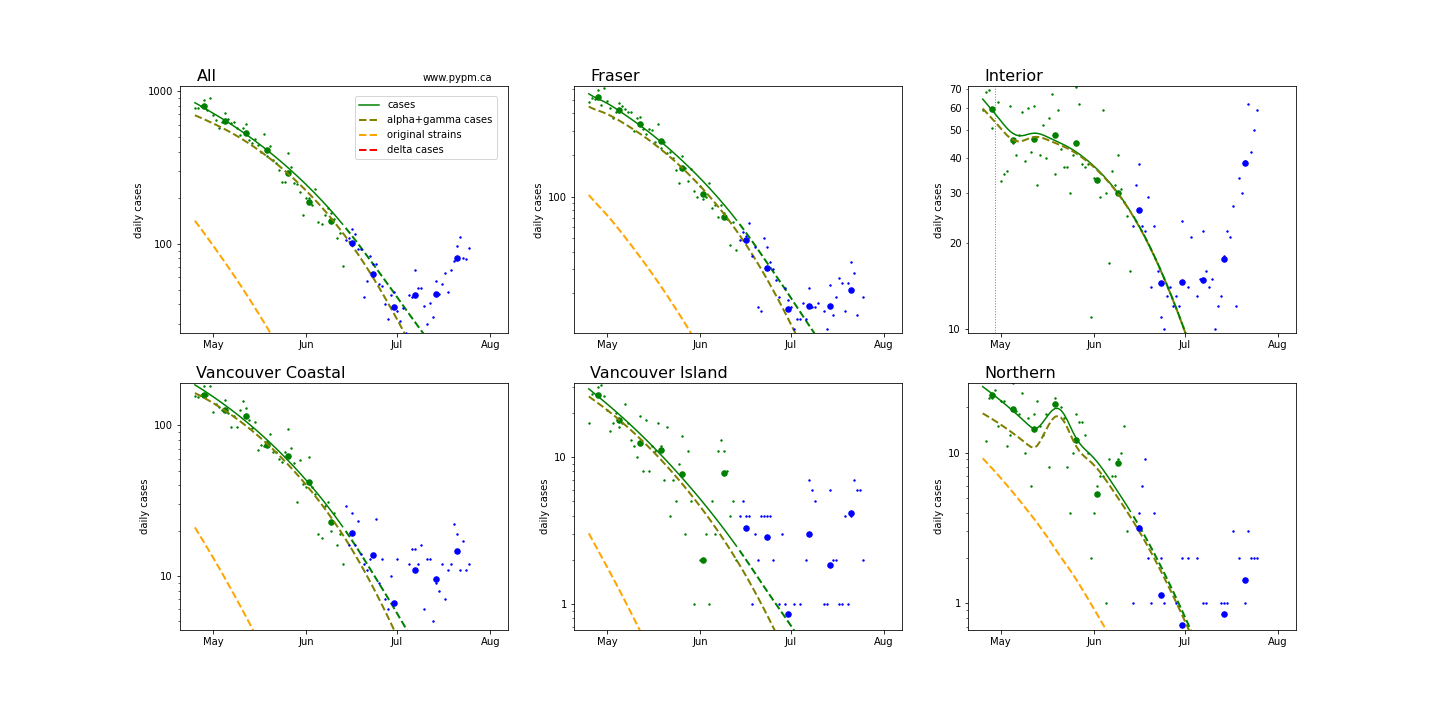 In recent weeks many European nations have experienced similar transition to rapid growth and several have been able to reduce or turn the growth around. In the US, most states had recently been in a long period of steady decline, but now all states are currently experiencing rapid growth. Model fits to EU and US states can be found here.

The figure below shows the result of an approach used for fitting the recent rise in European nations. The parameters for the second strain are adjusted to fit the data, without imposing the constraint that the growth advantage of delta over alpha be about 9% per day (as measured by genomic data). This allows for a greater swing in growth rates from the alpha+gamma phase (decline) to delta phase (growth), possibly accounting for changes in social behaviour during the transition. The model fits for each dataset suggest that a transition to rapid growth is underway. 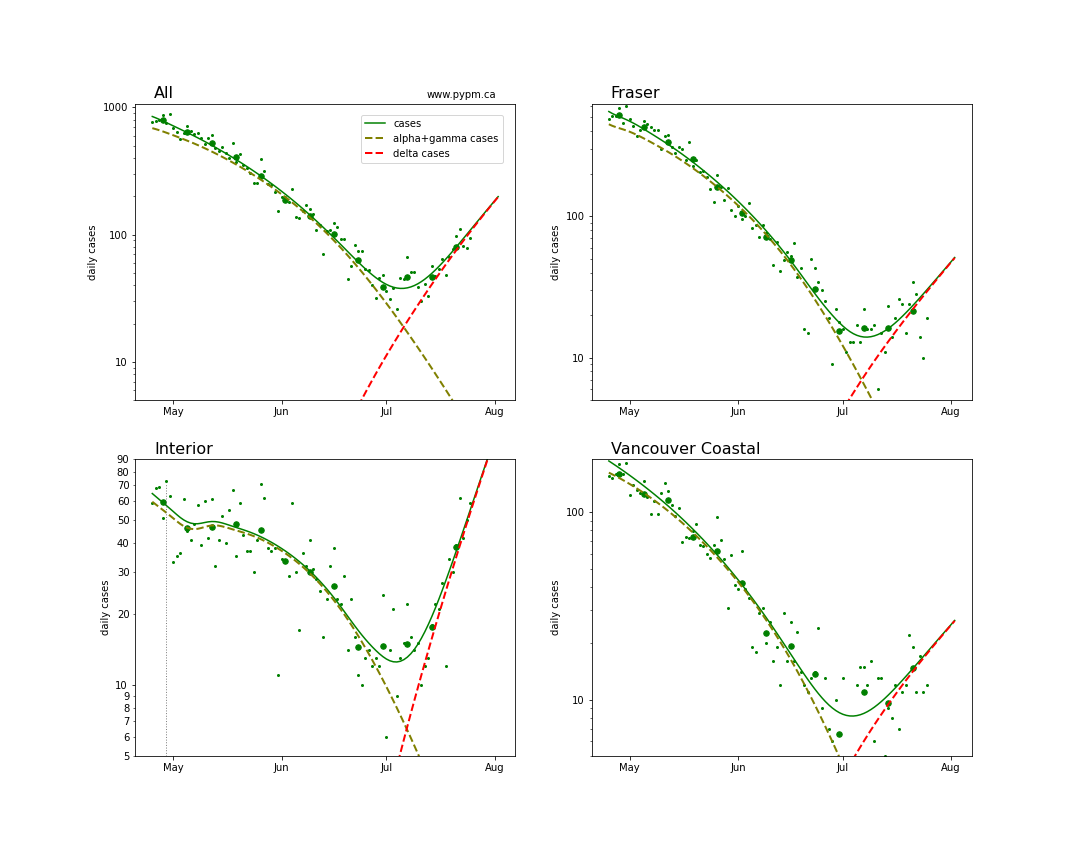 The swings from decline to growth of almost 20% per day are similar to the pattern seen in several European nations and in US states.

With another week of data, the data should make it clear if these growth rates are being sustained.

The figure below shows unfitted projections for hospital and ICU occupancy, assuming the growth in case rates from the figure above. Recently, the occupancy is higher per case than in months previously, which could be due to longer-term hospitalizations and/or due to reduced testing. It can be seen in the graphs that growth in hospital occupancy will be delayed compared to the growth in cases. 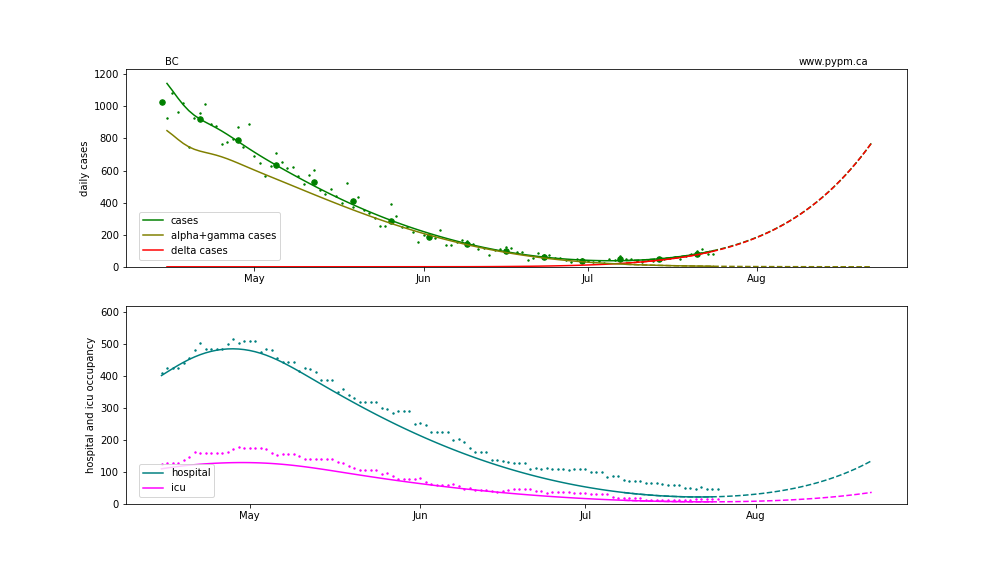 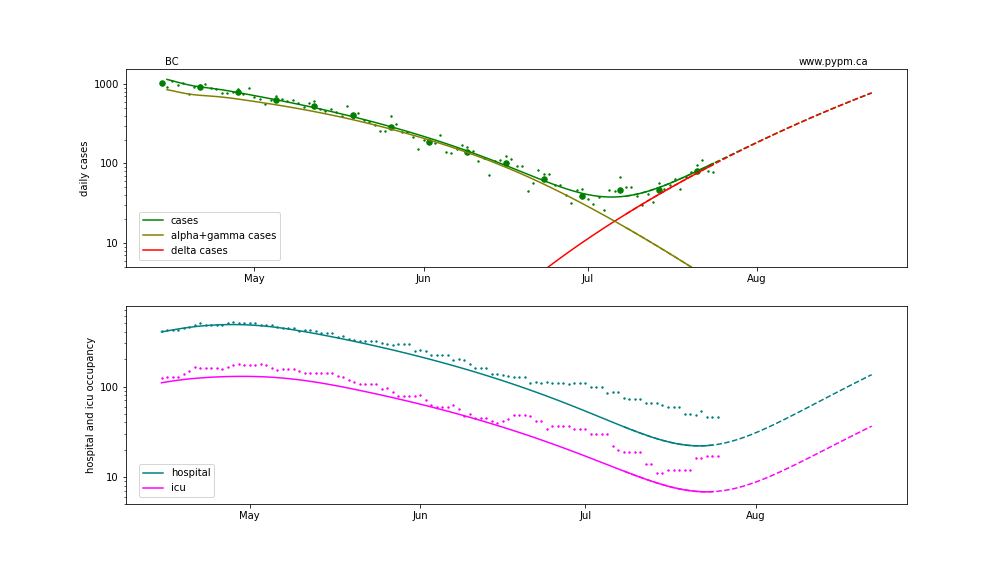