This shows the results of fits to data from the 16 German states. This updates the earlier study which described in detail as in the paper Charaterizing the spread of CoViD-19.

The left figures below, show the daily case history since August 1, 2020, on a log scale. The points daily data, and the stars show the weekly average and the pypm model is fit to this data to determine the infection trajectory. That trajectory is itself defined by long periods of constant transmission rates.

The curves show the model predictions given the transmission rate parameters, as determined from the case data only. The shaded regions indicate the periods having a constant transmission rate.

The model parameter for the mean time from infectiousness to death needed to be increased from 18 days, as found in the April data, to around 30 days for the recent data.

The right figures show the number of patients in ICU and on ventilators.

Studies broken down by age are shown below.

Shown are growth rates (% per day) since August 1, with the date of the transition. 68% confidence intervals shown.

Some model parameters can be estimated with these data. 68% CL intervals are shown. 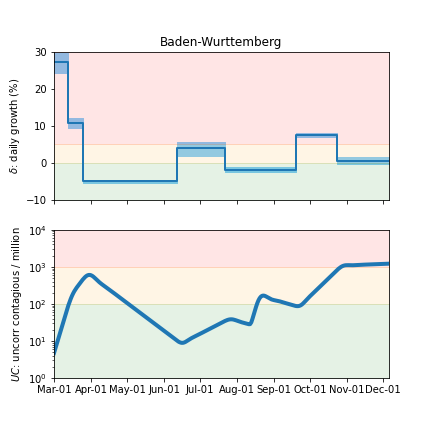 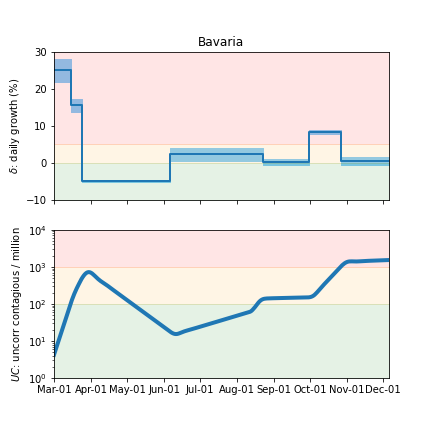 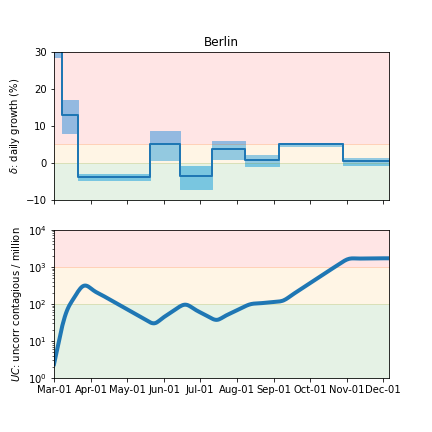 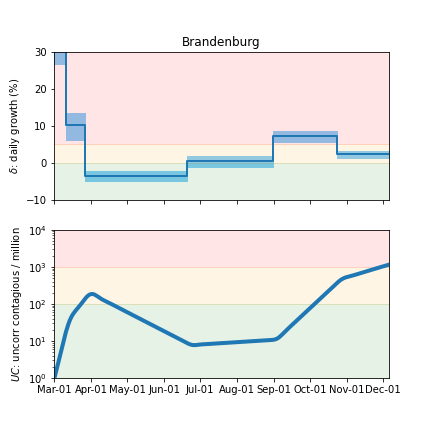 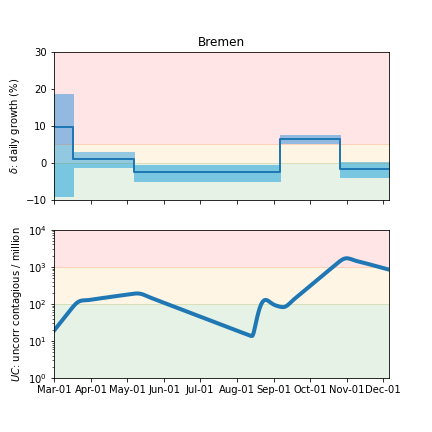 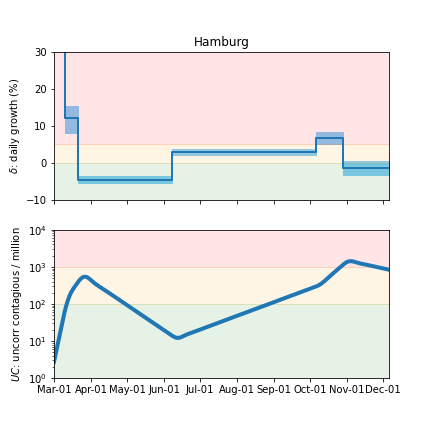 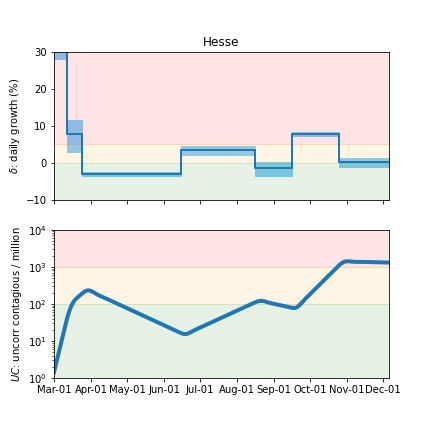 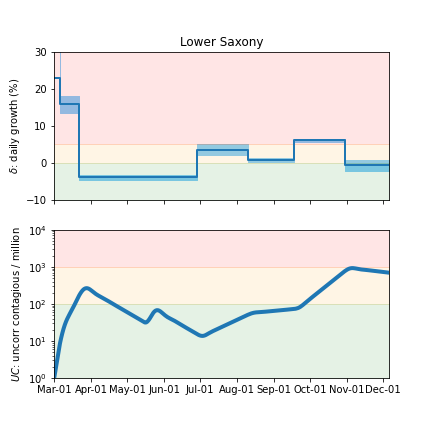 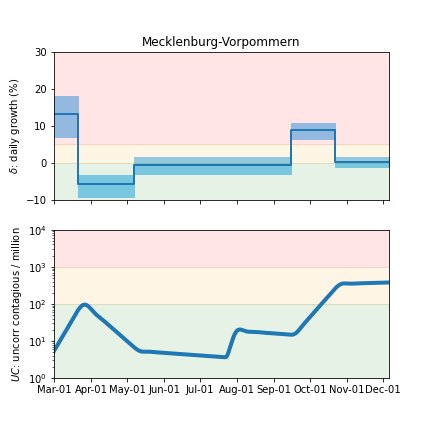 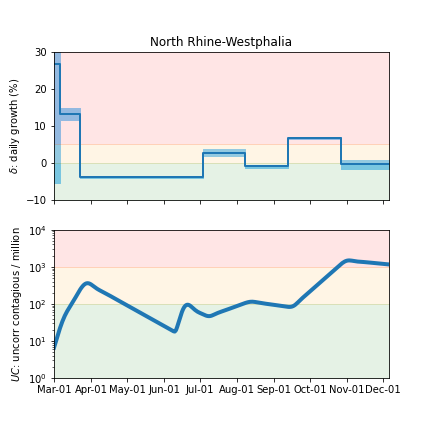 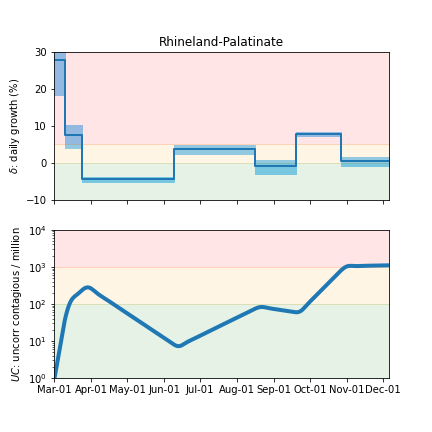 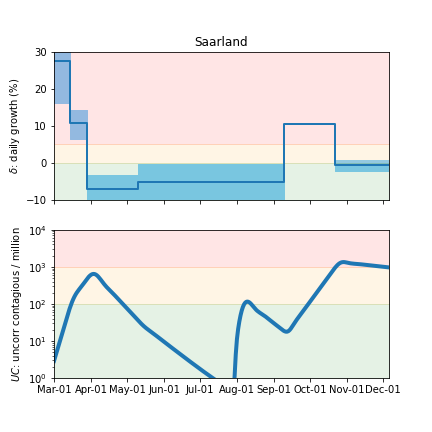 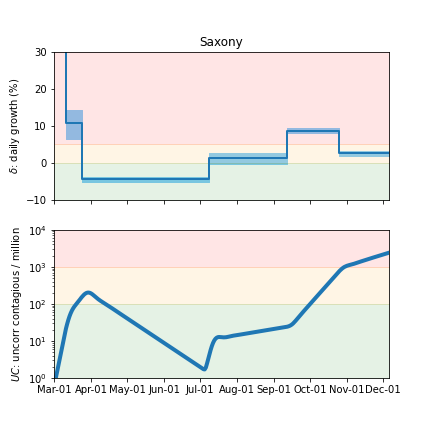 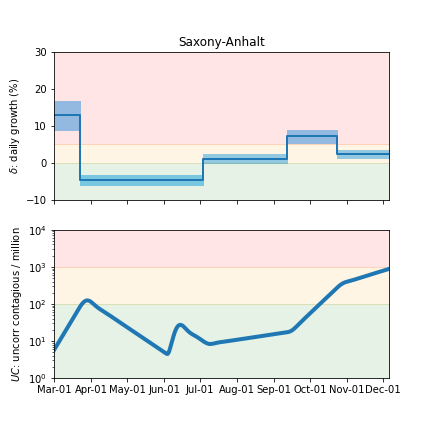 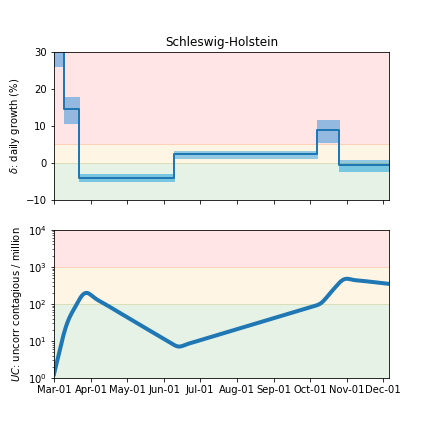 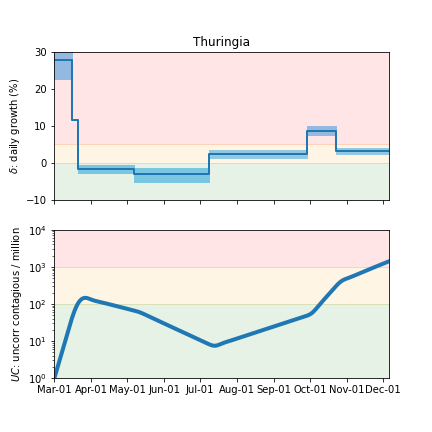 Different age groups generally do not follow the social distancing policies to the same extent. Despite that, the epidemic growth is typically very similar between the groups, and this can be explained by mixing between the groups.

The most recent change to transmission rates occuring at the end of October shows an unusual trend with the older age groups having daily growth larger than the younger groups. An example is seen in the figure below that shows cases over the past 60 days in NW state, as fit with an ensemble of 4 age groups: (a2: 15-34, a3: 35-59, a4:60-79, a5:80+). 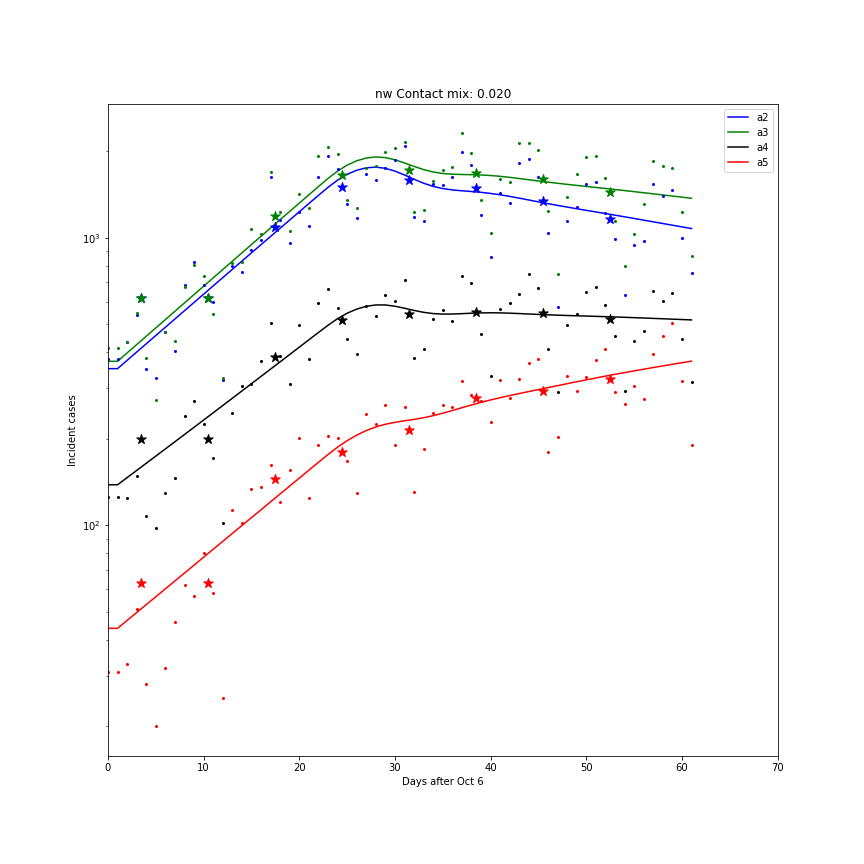 Cases and deaths by age

The following figures shows cases and deaths in the older age groups for three states, Baden-Warttemberg (bw), Bavaria (by), and North Rhine-Westphalia (nw), where the labels are (a4: age 60-79, a5: age 80+).

The main features (transition dates, dates of outbreaks) are taken from the homogenous fits for each state. Also, the death delays assumed in the fits are those estimated from the homogeneous model fits above. The transmission rates and scaling parameters are adjusted for each age group.