The following shows graphs of daily cases and cumulative cases. A reporting anomaly is added to account for the change in testing policy in mid April. Table shows the estimates for growth parameters, followed by graphical summaries. Due to the low number of cases, there are large uncertainties for the current growth rates. An outbreak in Kelowna has generated a spike in cases.

Cases from the Northern Health region are not shown because there are very few cases reported.

The spike in cases fit to have occured on day 121, is due to the Kelowna outbreak (attributed to Canada Day events). It is difficult to estimate the size of the outbreak until the case numbers are seen to fall again.

The small number of cases make it difficult to measure the growth rate.

The tables below are results from the fits to reference model 2.3. 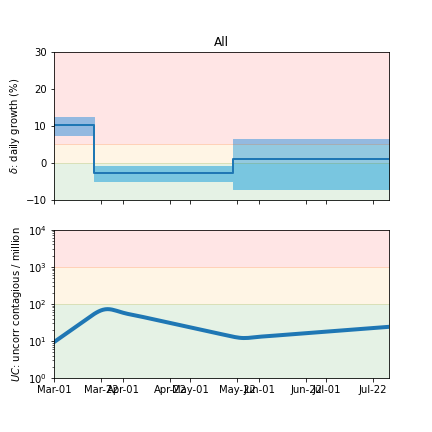 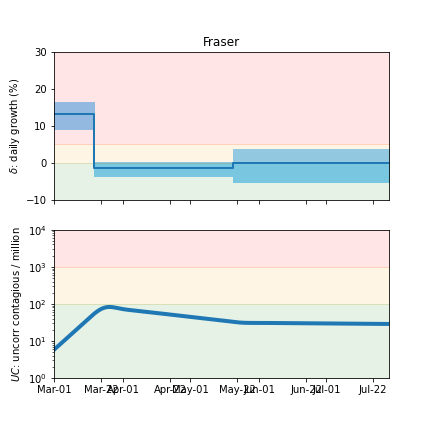 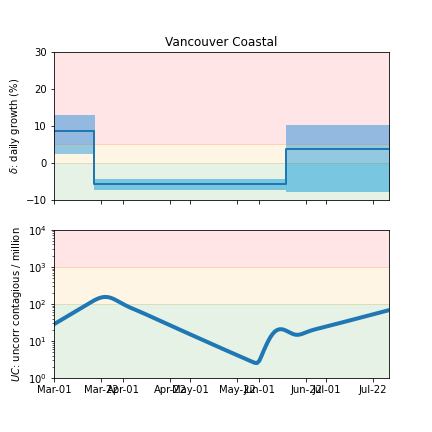