The figure below is an illustration of the connections between populations that makes up the pypmca reference model #2. 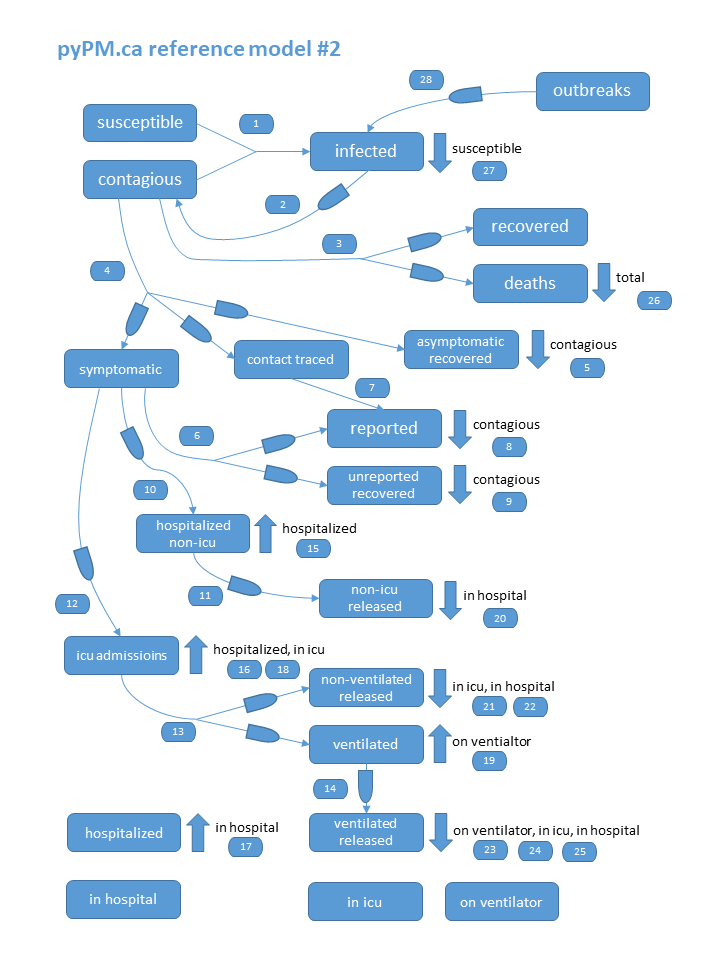 Each of the rounded blocks represents a population and the lines between them are the connectors. Many of the connectors involve delays, which are symbolized by the “boat” symbols. Simple connectors that directly add to or subtract from another population are shown by the labeled up and down arrows.

Reference model #2.1 was prepared to allow reporting anomalies to be modelled. The population reported is renamed as “positives”. Incoming members to the positives population, are immediately added to the new “reported” population. The “reported” population can also receive members from the “report anomalies” population which can receive a burst of new reports from an injector. This allows both BC and Quebec data to be fit by the model.

The model also turns on the